5 Things To Know About The Search For Dark Matter

We know dark matter exists, but now comes the hard part: figuring out what exactly it is 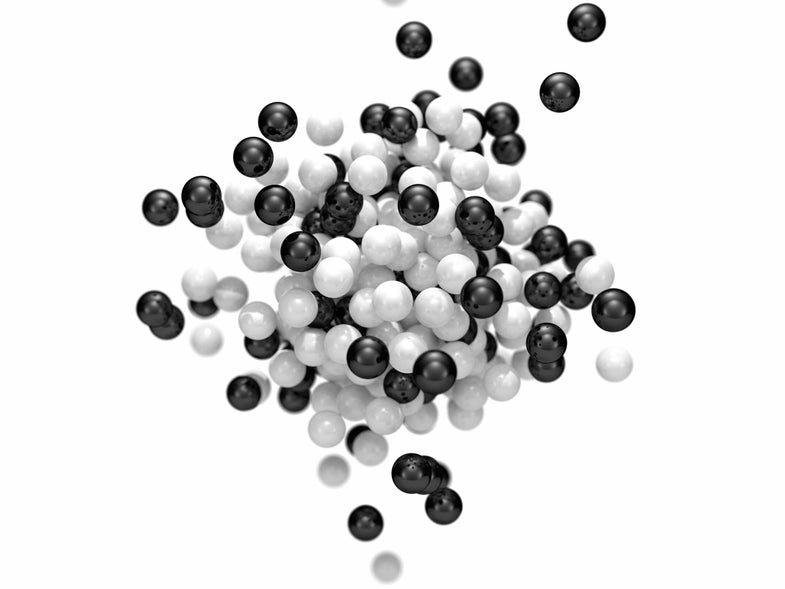 It makes up a quarter of the universe. Without it, galaxies would fall apart, and stars would spin off into space. Dark matter is five times more abundant than normal matter (the stuff that makes up trees and stars and us), yet scientists can’t see it or figure out what it is. The one thing they can say for sure: They’re getting closer to an answer.

1: Astronomers in the 1930s realized that if they added up all the visible matter in a galaxy cluster, the combined gravity would not be enough to hold everything together. There had to be something else there—and there had to be a lot of it. Scientists initially referred to it as the missing mass but have since dubbed it “dark matter.”

2: The Large Hadron Collider—the world’s most powerful particle accelerator—is expected to identify dark matter once and for all. The facility stands the best chance of discovering WIMPs: the leading candidate for the stuff. “It could prove all these speculative, far-off, dreamy theories a reality,” says particle physicist Jonathan Feng.

WIMPs, or weakly interacting massive particles, got their name because they rarely run into normal matter. They’ve got to be big if they account for 27 percent of the universe. And they are suspected to be particles, but even that remains to be seen.

3: Colliders aren’t the only game in town. A host of experiments seeks to understand dark matter by studying its side effects. Some aim to observe dark matter bumping into normal particles here on Earth. Others look for the reaction of two dark-matter particles colliding in space or underground.

4: Scientists can also detect dark matter by observing how its gravity bends light that passes through it, like a cosmic prism. A team from the National Astronomical Observatory of Japan is surveying those warps and wobbles to create the first “dark-matter map,” which they aim to complete in 2019. It will reveal how dark matter is distributed—which gives clues to its mass and density.

5: Even if scientists identify dark matter, they’ll be a long way from understanding how the universe works. The combined mass of dark and normal matter still leaves about 70 percent of the universe unaccounted for. What makes up the rest? Say hello to dark energy, a force so weird and mysterious that scientists will be puzzling over it long after the dark-matter case is closed.

This article was originally published in the October 2015 issue of Popular Science, under the title “The Search for Dark Matter.”