While the Large Hadron Collider prepares to fire up its proton beams and get back to particle smashing, another accelerator... 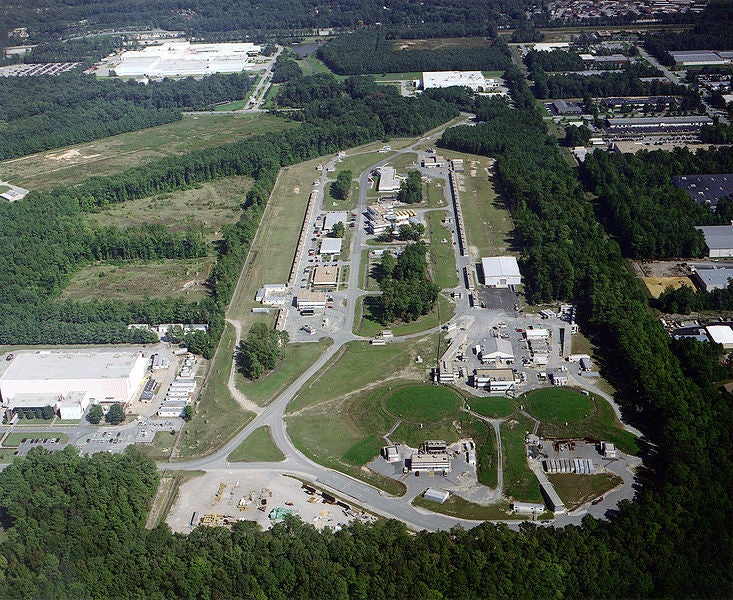 While the Large Hadron Collider prepares to fire up its proton beams and get back to particle smashing, another accelerator is dialing up the search for another elusive particle. The Thomas Jefferson National Accelerator Facility in Virginia is turning up its electron beams in search of “dark” or “heavy” photons, and in doing so they hope to unlock the secrets of the so-called “dark sector” where things like dark matter are thought to live.

The Jefferson Accelerator can’t even come close to touching the high energies of the LHC, but its beams are extremely intense. And while the LHC is still the prime candidate to find certain theoretical particles like the Higgs Boson, some researchers are looking instead to the “intensity frontier” where high-intensity beams are used to create many, many lower-energy collisions at once. It is here that researchers are looking for the dark photon that theorists have long thought might exist in these lower energy ranges.

Unlike normal photons, dark photons would have mass. But similar to their sister particles, they would carry a force–though not the same electromagnetic force normal photons carry. This force is where researchers hope to make a breakthrough. Dark photons would carry the four forces we already know about plus one more–a new force that could help scientists catch a glimpse into the dark sector and see the wholly new fundamental particles that might live there.

Somewhere in those findings, scientists might even be able to crack the code on dark matter, which is thought to make up 85 percent of the universe though it has never been detected. In other words, finding a dark photon would be something of a theoretical physicist’s scientific bonanza. But first, researchers have to conjure one.

A dark photon couldn’t be directly detected, but could be identified when it decayed into electrons and positrons post-collision. As such, in a three-week experiment kicking off April 24, researchers at the Jefferson Accelerator will send electrons smashing into a tungsten target 500 million times per second to see what kind of particles emerge from each smash-up. If they do see one of these theoretical photons, it could shed some serious light on an otherwise very dark corner of particle physics.