Video: Fly Through A Billion Light Years of the Universe, Past Galaxy Clusters and Dark Matter

A massive cosmic cataloguing effort released a new crop of star and galaxy data last week, noting the locations and... 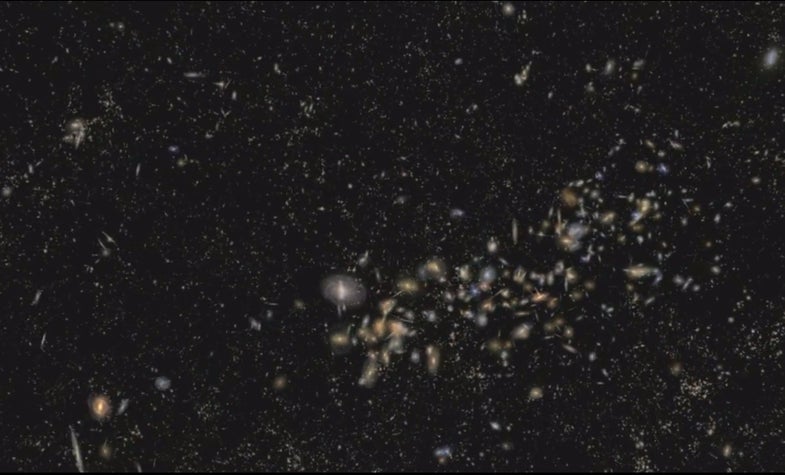 A massive cosmic cataloguing effort released a new crop of star and galaxy data last week, noting the locations and brightnesses of hundreds of thousands of objects. Now you can fly through some of them in this new video — click past the jump for a “flight through the universe.”

There are close to 400,000 galaxies in this animation, whose precise locations come from the Sloan Digital Sky Survey. It seems a little overwhelming when you full-screen it, but this is just one tiny slice of the cosmos — it only goes to about redshift 0.1, an astronomical term for distance that means these stars are 1.3 billion light years away. Or, more accurately, their light left them 1.3 billion years ago.

Flying through galaxy clusters, you start to get a sense for the larger-scale structures that organize these massive clumps of matter into wispy tendrils. This is thought to be the work of dark matter. Astronomers are using SDSS data to track the stuff, and visualizations like this can help.

The latest SDSS data dump includes the first information from the Baryon Oscillation Spectroscopic Survey, or BOSS, which tracks something called baryon acoustic oscillation. What you need to know about that: It’s like a cosmic yardstick, helping scientists measure the gravitational influence of dark matter and dark energy, which is thought to be driving the accelerating expansion of the universe. But sometimes, data is just pretty, isn’t it? 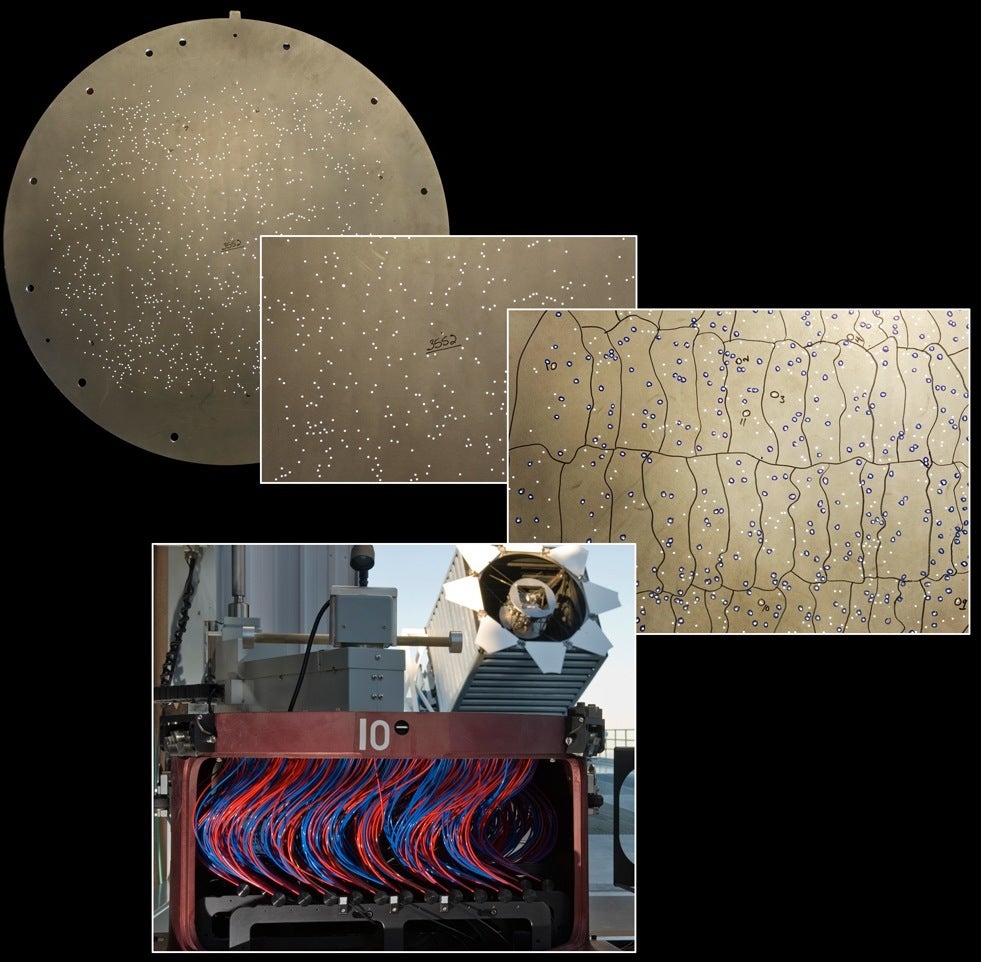 BOSS is capturing accurate spectra for millions of astronomical objects by using 2,000 plug plates that are placed at the Sloan Foundation Telescope’s focal plane. Each of the 1,000 holes drilled in a single plug plate captures the light from a specific galaxy, quasar, or other target, and conveys its light to a sensitive spectrograph through an optical fiber. The plates are marked to indicate which holes belong to which bundles of the thousand optical fibers that carry the object’s light.