Science stories to save you from awkward Thanksgiving conversations 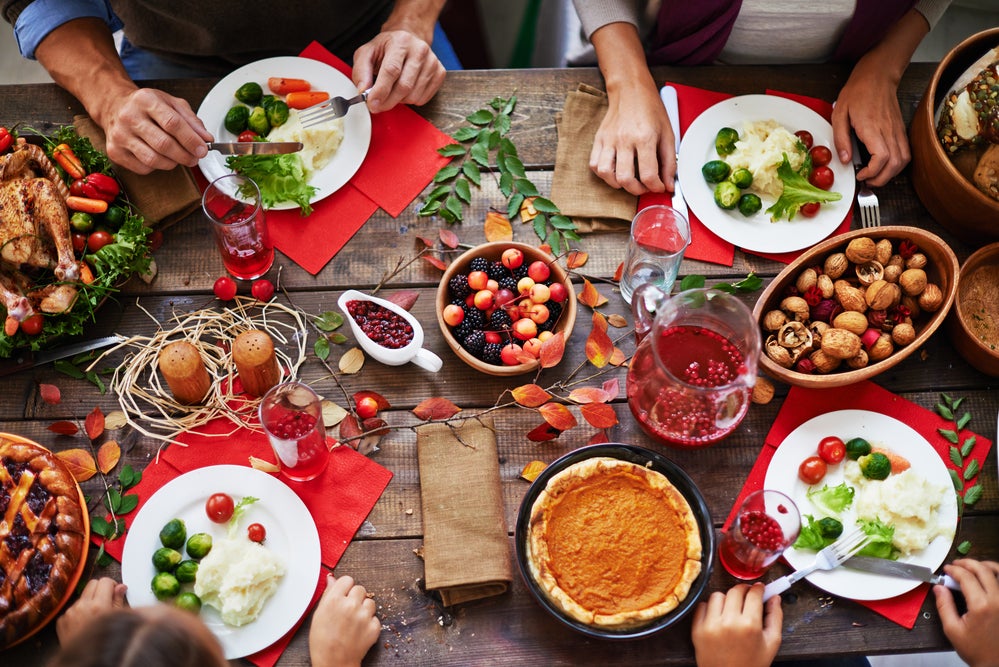 Come for the homemade meal, stay for the family interrogation.

Thanksgiving is a beautiful day of overeating, parades, football, gratitude and, most importantly, pie. But holiday dinner is also rife with conversational landmines. There’s that uncle who you fight with about politics on Facebook and now have to actually see in person. Your grandparents like to ask loudly every chance they get why you moved so far from home or what your career is supposed to be. And every relative in the room wants to corner you and individually ask, why are you still single? Or, if you finally aren’t single, when are you going to start having kids?

There is a magic trick for dealing with these familial hazards: science. Any time someone brings up something you’d rather not share this Thanksgiving, turn to these wacky, wonderful, and downright weird science stories from the past year to steer the conversation into safe waters.

The weirdest things you heard this week

Want to stop any personal conversation in its tracks? Tell your relatives about the newt that defends itself by pushing its rib cage through its skin and secreting poison to poke its enemies with death needles. Or Exploding Head Syndrome, a real condition where people hear loud, nonexistent explosions as they are waking up or falling asleep, sending them into a panic. Or stone babies, called lithopedions, that can form when the body fails to reabsorb a fetus from an abdominal ectopic pregnancy (when the embryo implants outside the uterus). These crazy tidbits, and any other facts from the Weirdest Thing I Learned This Week Podcast are sure to serve you well this holiday season.

Appease the sports fans in the family with some little-known baseball history. No one told Babe Ruth he had terminal cancer, but the baseball legend still became a pioneer in cancer research. In the late 19th and early 20th centuries, cancer rates were on the rise and physicians were scrambling to figure out how to treat these mysterious and deadly diseases. Ruth took an experimental drug called teropterin that had never before been tested in humans—only in mice. He may have been the first patient to ever receive both chemo and radiation therapy and his response to these treatments helped guide cancer research in the decades to come.

The house built to outlast a hurricane

After Hurricane Michael leveled houses and buildings on Mexico Beach in Florida, one home remained standing in almost perfect, pre-storm condition. From the concrete pilings buried 28 feet into the sand to the open floor plan and the reinforced windows, this house was built to survive even the most aggressive storms. If climate change is a touchy subject in your household, you can still engage people in a discussion about super storms and resiliency by talking about this engineering marvel.

The scientist soldier who unlocked the Secrets of the Sahara

You may not agree with your great aunt-once-removed about who you voted for in the midterm elections, but everyone loves a good adventure story. Enter Ralph Bagnold, a British army lieutenant, engineer, and scientist who spearheaded efforts to undermine Axis power in North Africa during World War II. Bagnold studied how sand moves to form dunes, retrofitted Model Ts and As to drive long distances across the barren desert—something he was told was impossible—and launched the elite military squad known as the Long Range Desert Group, famous for its raids on Axis bases during the Second World War.

Good boys and girls to the rescue

Start a debate about something other than politics or your life choices by throwing this question out to the group: Should we label mixed-breed dogs at all? Genetic testing has proved that, more often than not, the breed labels shelters give dogs are pretty inaccurate. And some labels, like being part pit bull, make it harder for certain dogs to get adopted because those breeds get a bad reputation. The possible solution? Like your current relationship status, just don’t put a label on it.

Get as far away from explaining how Tinder and Bumble works by punting the conversation to outer space. Did you know NASA scientists sent 20 mice to the International Space Station this year, with the hopes of studying how poop changes in space? Well, really they hope to use poop to understand how microgravity affects or disrupts the microbiome. Figuring out what happens to these bacteria—which influence immunity, body weight, cancer risk, mental health issues, and diabetes—could help us understand the physical challenges of space flight, eventually preparing us to fly to camp out on the moon, Mars, or beyond.

Can you really eat so much your stomach explodes?

Did someone just say they ate so much their stomach is about to explode? Well did you know there are have only been six documented cases of a healthy stomach exploding? As you eat, the folds in your stomach slowly unfold to make room. As the sides start to stretch, the stomach nerves send a signal to your brain to please stop. For most people, that overeating feeling kicks in after consuming between 16 to 50 fluid ounces in a span of about 10 to 15 minutes. After that, your stomach starts sending things down through the intestinal escape hatch.