Carving up the Butterball Turkey Talk-Line’s most common questions

No one seems to know how to thaw a turkey in America. 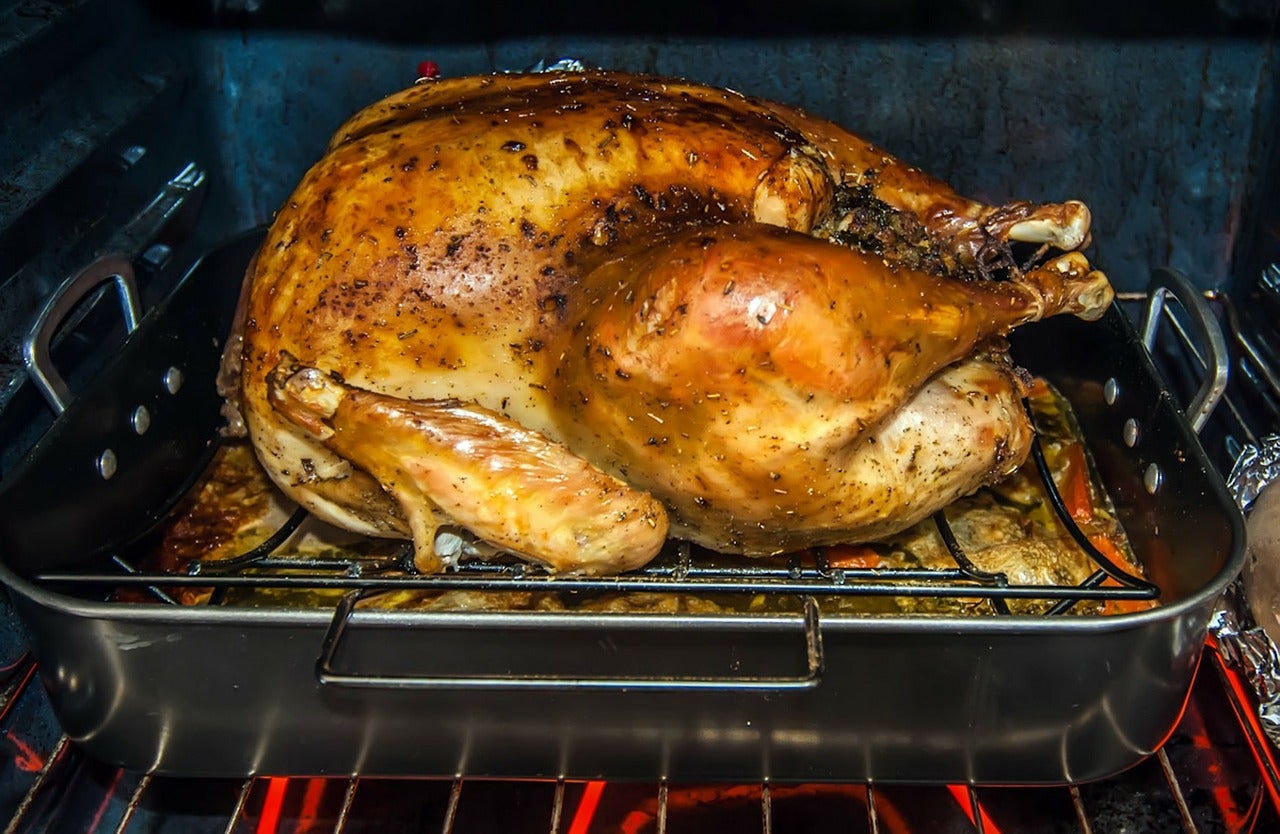 Every year, around 100,000 people call the Butterball Turkey Talk-Line to ask their most burning question: how the heck do I thaw this thing? That, as it turns out, is the top question for people calling up during the holiday season, though if you’re texting the line you’re more likely to be asking how you roast the bird.

For those of you not in the know, the Butterball Turkey Talk-Line is a service by the Butterball turkey company that’s been answering people’s Thanksgiving-related questions since 1981. It is just as charming as it sounds. Around 50 people sit in a room and literally just help anxious Americans—10,000 of whom call on Thanksgiving itself—have a happy holiday. Mostly those callers ask questions about the bird itself, but you can also ask them about your mashed potatoes or your green bean casserole. The good people at Butterball aren’t specifically trained to know how to make a casserole, but if they can help you they will.

As you’d expect, they get some crazy questions. Sue Smith, who sounds like she’s in witness protection but is actually a veteran Butterball Talk-Line employee, told Ad Age that one mom came home to find her husband had stuck the turkey in a bath with the kids in an effort to thaw it. Other people have apparently tried dishwashers and electric blankets. Questions about thawing make sense, because turkeys are probably the biggest hunk of meat your average person cooks all year. Most people are used to tossing some chicken thighs in the fridge in the morning so they’re defrosted by dinnertime. Turkeys take one day in the fridge for every four pounds of meat.

We here at Popular Science were curious what people were asking the good folks at Butterball, so we reached out to them. Here’s what they said:

You can also, if you were wondering, call Butterball from your Alexa—because this is 21st century, so of course you can.

Butterball also told us that 80 percent of cooks are worried about cooking their turkey properly, which is interesting given that it’s the fourth most common question. Lots of turkeys come with a little thermometer that pops up when it’s “done,” and we put that in quotes because they don’t work all that well. Consumer Reports found that several brands actually popped up too soon, meaning you could be serving a raw bird, while others popped up after. You really need a good meat thermometer or lots of experience to do it well. As for the rest, we rounded up some science-backed answers to America’s most common Thanksgiving questions.

How do I thaw a turkey?

Thawing a 20-pound chunk of poultry is tricky. You need it to defrost all the way through, but turkeys are so big you can end up with a bird that’s rock-hard in the center but room-temperature on the outside. That’s a recipe for food poisoning. You don’t want any part of the bird to be above 40 degrees Fahrenheit for more than a few minutes. The best way is to allow a slow defrost in the fridge, but if you’ve forgotten to do that and it’s already Tuesday you can also try dunking it in cold water—read our full guide to defrosting to learn why.

How do I roast a turkey?

Most people want to go for the classic Thanksgiving turkey look, and if you want to go that route we don’t blame you. Get a meat thermometer so you can test the legs and breasts separately to ensure a perfectly cooked bird and enjoy your centerpiece. We are, however, obliged to tell you that a far superior way to roast your turkey is to spatchcock it. Spatchcocking is a hilarious term that means cutting out the backbone of a piece of poultry in order to splay it out, thus allowing heat to circulate better and ensuring even, faster cooking. You’ll get a crispier skin with tender flesh in fewer hours—read how in our complete guide.

P.S. If you insist on deep-frying your turkey, please read our guide on how to not kill yourself with boiling oil while trying to prepare your Thanksgiving meal. Cold, wet turkeys are liable to create an explosion of oil when they drop into the vat. Be prepared.

How do I store a turkey?

Lots of people lack refrigerators large enough to stash massive hunks of turkey flesh. In many parts of the U.S. (though increasingly less of it), it’s already cold enough to stick your bird outside. That’s fine as long as it stays under 40 degrees. Bacteria grow easily on poultry, and if you allow the meat to rise above that temperature they proliferate, potentially poisoning your guests. Poultry accounts for more food poisoning deaths than any other food, so be safe and read our guide to not giving your guests diarrhea.

How do I know when a turkey is done?

As we said before, the pop-up thermometers are notoriously unreliable. Get yourself a meat thermometer. You need the meat to read 165 degrees Fahrenheit, which is the minimum needed to kill the bacteria, but you don’t want it to to get much higher than that or you’ll risk a dry bird. There are a couple of tricks to doing this. Harold McGee, the renowned food expert, suggests using ice packs to keep the turkey’s breasts cool while allowing the legs to warm more. You can also try The Food Lab’s method, which involves heating up the stuffing in advance and then shoving it in. This both ensures your stuffing won’t be full of bacteria and allows the turkey to cook from the inside out as well as the outside in. And, of course, spatchcocking solves all these problems and more.

Check out more tips in our guide, including how to cook your side dishes. And for even more Turkey Day hacks, head to our complete guide to absolutely smashing it on Thanksgiving. Enjoy!