Five things to do with your frozen turkey (besides cooking it)

Well, you should probably just cook it. 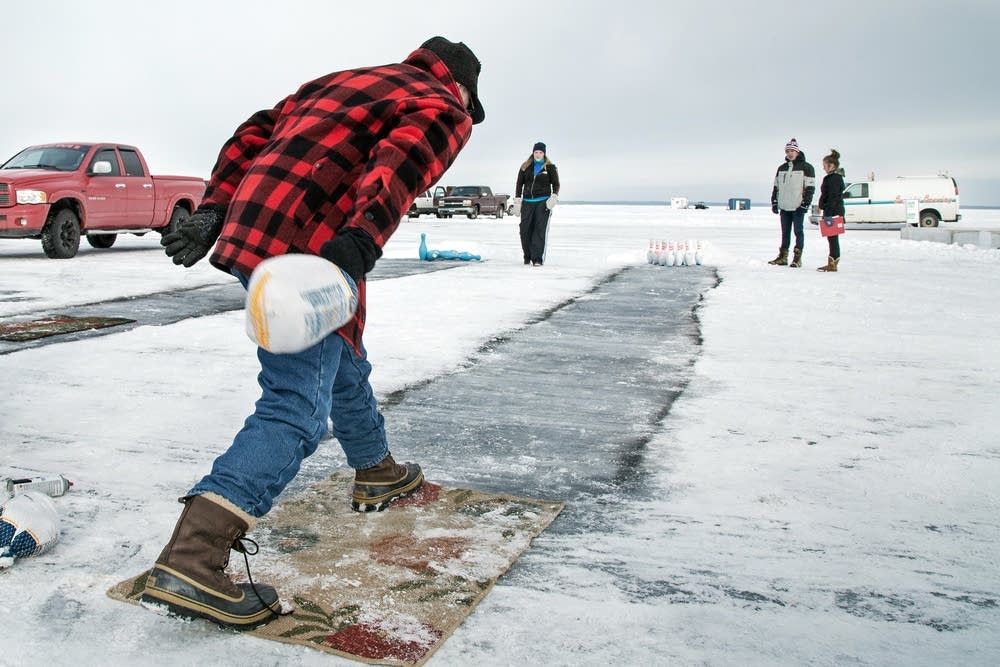 There you are, looking down at an 18-pound frozen turkey. Suddenly, you realize you are not equipped to cook something like this. Your kitchen is too small, you didn’t budget enough thawing time, and you’re emotionally ill-equipped to juggle holiday meal prep. But you feel like you should do something with your frosty bird. Don’t worry, we’ve got you covered. Here are a few other uses for frozen turkeys.

Note: You probably shouldn’t do most/any of these things.

Technically, deep frying a frozen turkey still falls within the realm of cooking. Kinda. If you’re cool with the possibility of burning your house down before dinner.

Thanks to would-be feasters too hungry to go through the arduous process of cooking their turkey in the oven, Thanksgiving day sees three times as many cooking fires as any other day of the year. Deep frying isn’t inherently dangerous, but frozen turkeys and hot oil don’t mix.

When a frozen turkey is introduced to the deep fryer, all that ice and water has to go somewhere. Initially, it goes down, beneath the less dense oil. Moments later, it vaporizes, expanding to 1700 times its original volume, forcing the hot oil to surge over the sides of the fryer and onto the flame below. Boom, inferno. So seriously, if you’re going to deep fry a turkey, take the time to thaw it first—you’ll actually have a dinner to enjoy that way.

You probably have some assorted cans of cranberry sauce and pumpkin puree lying around the house, right? With a little set up (and a long, smooth surface) you’ll be turkey bowling in no time.

The details are hazy, but turkey bowling seems to have been invented in the late 1980s. Originally played after-hours in supermarket aisles by grocery store clerks, it quickly found a place in Thanksgiving charity events as a novel way to raise money.

With a little practice, you’ll be skilled enough to handle even a “wishbone” situation—what regular bowlers would call a 7-10 split—without stepping over the “fowl line.”

If you’re looking for something a bit more significant to do with your bird, consider conducting some scientific research. Frozen turkeys have provided at least one important medical breakthrough in the past: the link between trans fats and heart disease.

In the 1940s, when the science of freezing food was taking off, a researcher named Fred Kummerow fed turkeys different diets before slaughtering and placing them in cold storage. He was trying to figure out how to make a better tasting frozen bird, and he found that traditional diets of linseed meal didn’t preserve the birds’ fat deposits as well as cornmeal diets did. This meant that turkeys fed a traditional diet would quickly develop a rancid flavor, even after freezing.

Kummerow’s experiments with frozen turkeys led him to devote his life’s work to understanding the links between diet and fat preservation. In 1957, he discovered that high amounts of trans fats were a major cause of heart disease. So put your frozen turkey under a microscope—your poultry could be hiding another big scientific breakthrough.

Humans aren’t the only ones with an appetite for turkey. But at least we don’t eat them whole, coming at us at 900 miles an hour. That’s the preferred method of ingestion for airplanes, thanks to air guns like the U.S. Air Force’s AEDC Ballistic Range S-3.

These ‘chicken cannons’ – as the name implies — commonly use dead chickens to test the integrity of aircraft, although they regularly use turkeys and geese as well. Ingestion tests see these birds (frozen or thawed, depending on the specific test) fired straight into a running jet engine to ensure a midair bird-strike can’t cripple the airplane. It’s also an efficient way to shred your uneaten turkey for Thanksgiving leftovers.

Okay, so a frozen turkey has never been used as a murder weapon (or maybe they’re just the secret to a perfectly concealed crime, who can say). But assaults with frozen turkeys are on the rise. Beginning with a few isolated cases back in the 1940s, the popularity of these unorthodox weapons rose as frozen turkeys became more commonplace. Now, these cases are an almost annual occurrence.

In one example of quick thinking, bystanders fended off a man attempting to steal a woman’s car in a grocery store parking lot by hitting him over the head with the turkey the woman had just bought. In another situation, police were unable to confiscate the turkey a man had used to shove his girlfriend with because it was roasting in the oven.

It’s fitting that so many of the turkeys that end up on Thanksgiving tables end their journey thawing from a deep freeze. It’s how all of them began, as well: frozen as semen. According to the (very comprehensive) paper “The history of artificial insemination: Selected notes and notables,” artificial insemination is used 100 percent of the time for turkey breeding because of “the ease of collecting poultry semen, and proximity of hens on large breeding farms” and also because “mating is difficult.” Whatever the reasons, it certainly brings a turkey’s life full circle.