Megapixels: Two stars in a fight to the death

See this interstellar blood bath in all its glory detail. 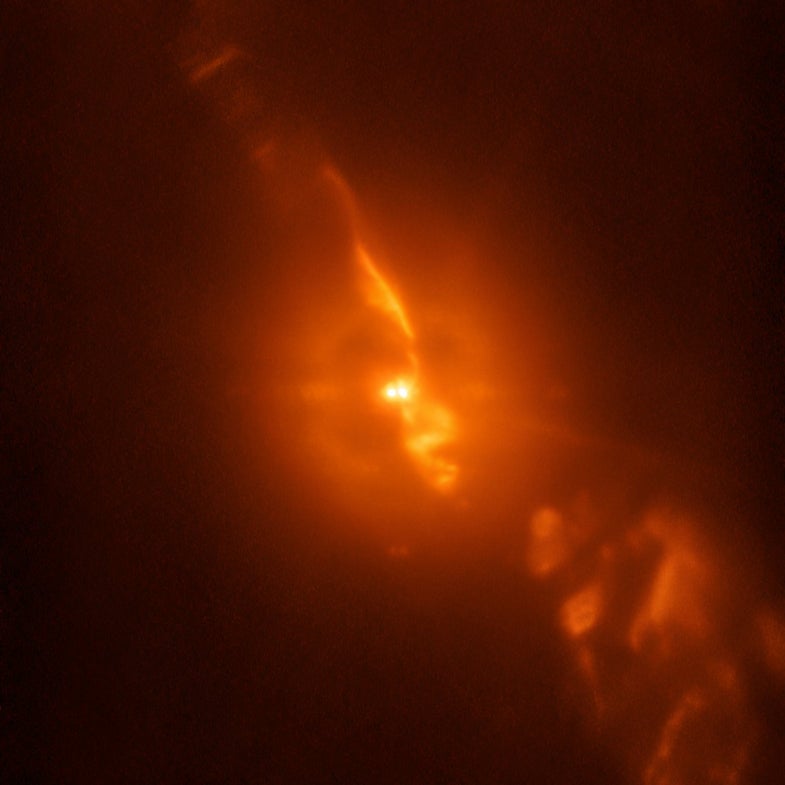 This image, captured in near-infrared by the earthbound Very Large Telescope provides astronomers with a closer look at the violent relationship between these two stars. ESO/Schmid et al.
SHARE 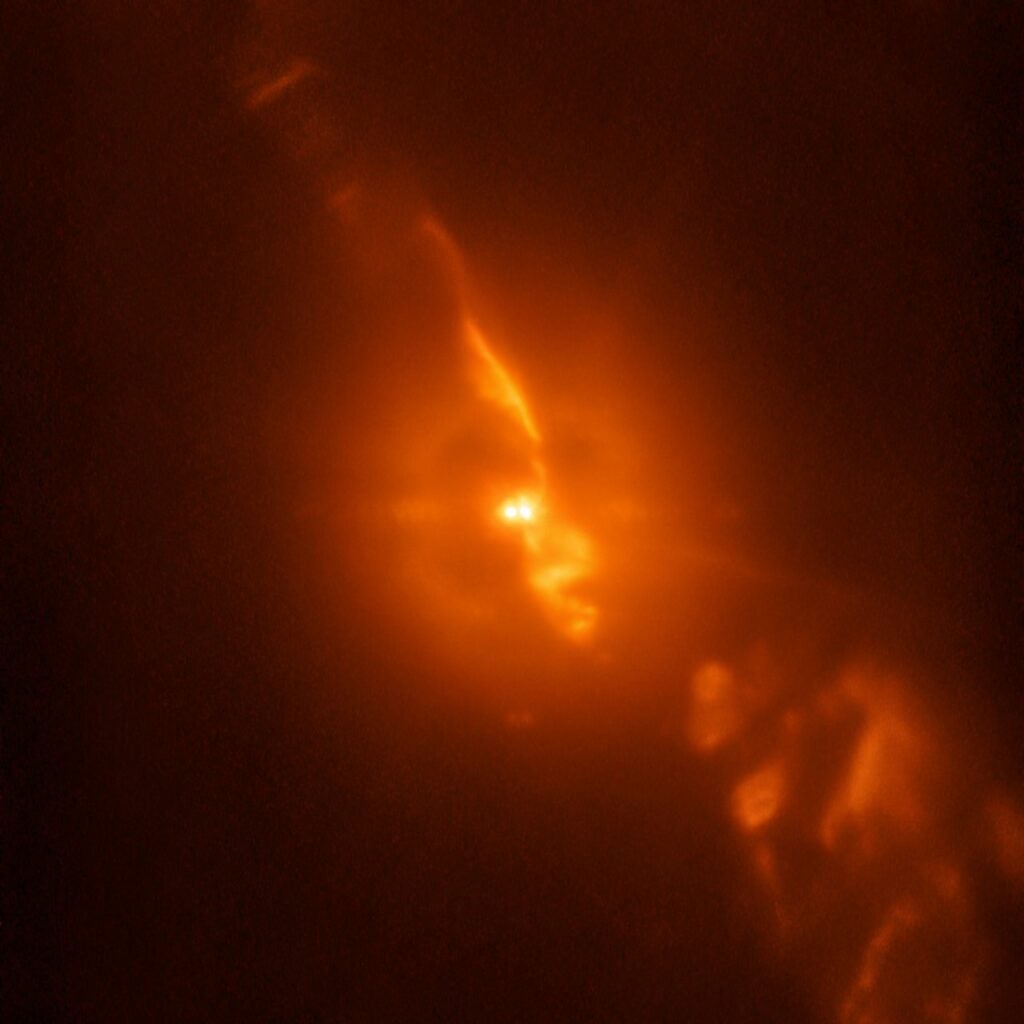 This image, captured in near-infrared by the earthbound Very Large Telescope provides astronomers with a closer look at the violent relationship between these two stars.

Two stars are locked in a fight to the death a mere 650 light-years from Earth. A new camera system on the European Southern Observatory’s Very Large Telescope zoomed in on the action.

You’re looking at a binary star system, named R Aquarii, that consists of a red giant star and a white dwarf orbiting around a common center of mass. Binary star systems are actually really common in the universe—more than four-fifths of the stars in our sky are actually a cluster of stars orbiting together. R Aquarii is one of the closest such systems to Earth.

Many binary systems consist of two stars peacefully dancing together. Not so with R Aquarii. These two stars are both nearing the end of their lives and are slowly but surely destroying themselves and each other. The red giant is what’s called a Mira variable star, an enormous class of star that pulsates as it expands Mira variable stars cast their outer layers out into space, sometimes reaching a brightness 1,000 times that of our sun as they grow. 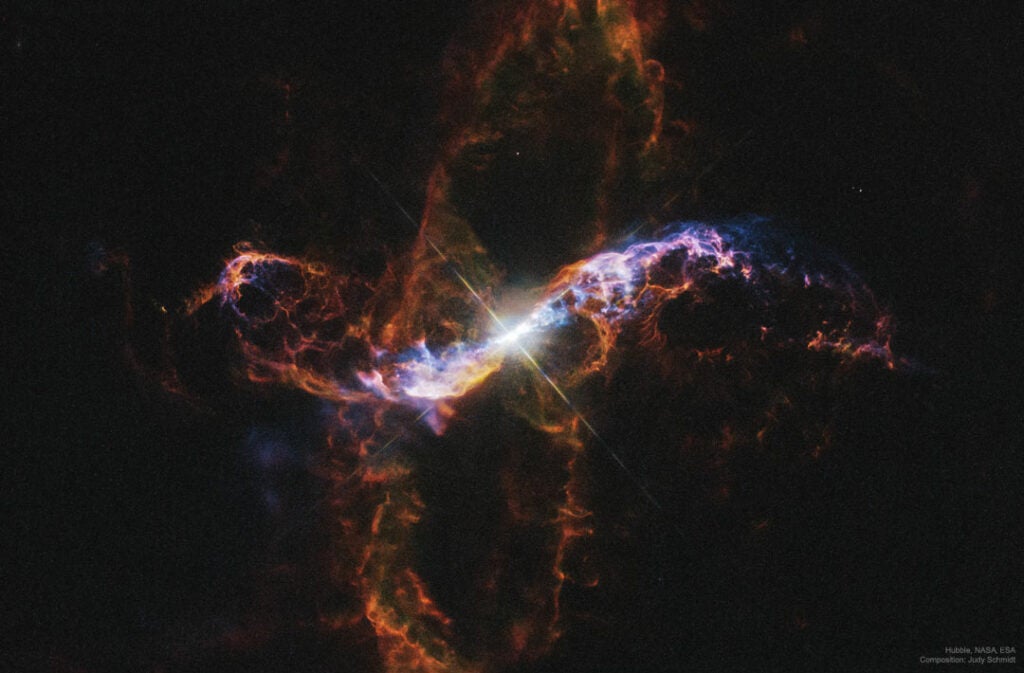 View from the Hubble Telescope

This image, captured by the Hubble Telescope, provides a zoomed-out view of the clouds of debris surrounding R Aquarii.

The other star in this suicide pact is an old, compact white dwarf star that has long since consumed its nuclear fuel and is feeding off the red giant. As it does so, the material accumulating on the surface of the dwarf will trigger a thermonuclear reaction every so often. Clouds of debris from the regular explosions and expansions surround the system.

By interstellar standards, R Aquarii is basically our sun’s next door neighbor. As such, astronomers have paid a lot of attention to the system over the years, making it the perfect target to test a new camera subsystem. Scientists hooked up the device, called the Zurich IMaging POLarimeter, or ZIMPOL, to the VLT in the Atacama Desert in Chile to capture this unusually clear image, which is sharper than many photos taken in space. Eventually, ZIMPOL will search out new exoplanets with the near-infrared imaging technology on display in this image.