Russia will send a replacement ride for stranded ISS astronauts

The Russian space agency plans to launch a new Soyuz to the space station next month after the current spacecraft was damaged by a micrometeorite. 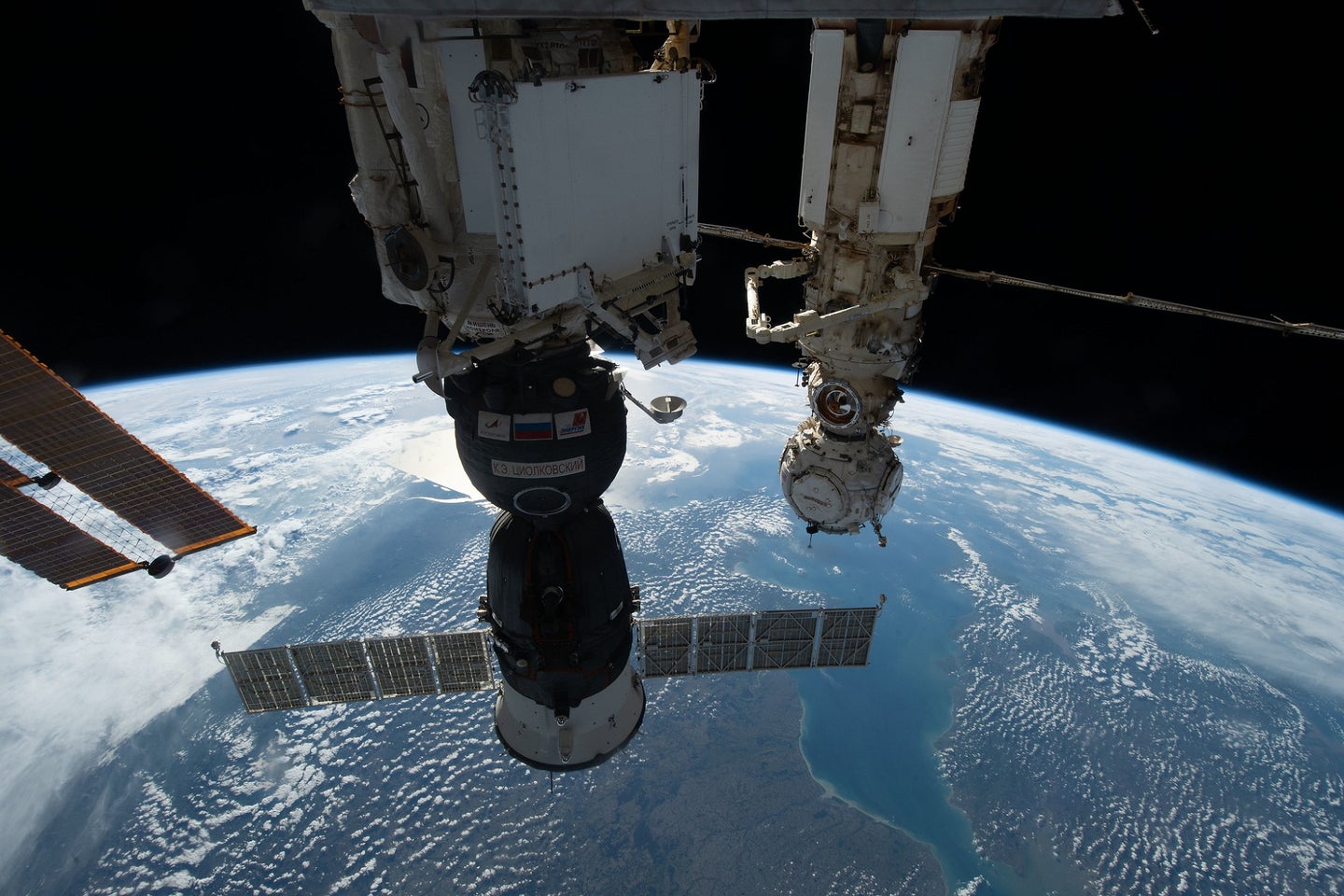 A Russian Soyuz spacecraft damaged by a micrometeorite while docked at the International Space Station (ISS) will return to Earth uncrewed, NASA and the Russian space agency Roscosmos announced today. Investigations by both space agencies found no damage to the ISS or any of the other spacecraft connected to it.

In a teleconference with reporters, Roscosmos Executive Director for Human Spaceflight Sergei Krikalev and NASA’s ISS Program Manager Joel Montalbano said Russia will launch another uncrewed Soyuz spacecraft on February 20 to provide a ride home for the two cosmonauts and single astronaut that flew to the ISS in September 2022 aboard the now stricken Soyuz MS-22.

Both officials stopped short of calling the coming launch a rescue mission, however. “I’m calling it a replacement Soyuz,” Montalbano told reporters Wednesday. “This is the next Soyuz that was scheduled to fly in March; it will just fly a little earlier.”

[Related: 2 astronauts survived a ‘ballistic descent’ in a Russian rocket]

Soyuz MS-22 carried Russian cosmonauts Sergey Prokopyev and Dmitri Petelin and NASA astronaut Frank Rubio to the ISS last fall. The trio had expected to return home aboard that same spacecraft this March after a new Soyuz, MS-23, delivered a replacement crew to the space station.

But on December 14, the MS-22 began leaking coolant from a radiator system. Visual inspection of the spacecraft, modeling, and experiments on the ground in Russia using a hyper-velocity gun suggest the damage came from a micrometeorite about 1 millimeter in diameter, Krikalev told reporters Wednesday. Roscosmos officials believe it was a tiny chunk of rock and not a piece of space debris, he explained, because the material was traveling at an estimated 4.3 miles per second—too fast to have maintained an orbit shared by the ISS.

Without a functioning radiator system, Krikalev said, temperatures within the Soyuz spacecraft could rise to as high as 104 degrees Fahrenheit during the roughly six hours necessary for a normal reentry process in Earth’s atmosphere. That heat, along with high humidity, is considered too risky to bring astronauts home.

The MS-22 spacecraft could be used in the highly unlikely event of an emergency requiring evacuation of the ISS. But Montalbano noted that in such a situation, NASA would consider bringing one crew member home on the SpaceX Crew Dragon spacecraft that is also currently docked to the station. This carries its own problems, however, as spacesuits are specific to each spacecraft, and a suit fitted to an astronaut for flight on a Soyuz may not fit optimally when flying aboard a Crew Dragon.

Although Petelin, Prokopyev, and Rubio will get a new vehicle to ride home in late February, they may stay aboard the space station on an extended mission into September. That’s when Roscosmos plans to send the next crew rotation up to the ISS on another Soyuz spacecraft. As Montalbano stressed to reporters Wednesday, the risk lies in going forward with a normal crewed reentry on the MS-22 Soyuz, not the daily operations on the space station itself. “There is no immediate need for the crew to come home today,” he said. “They are excited to be in space.”

While the damage done to MS-22 appears to have come from a micrometeorite, the situation illustrates the kinds of problems even miniscule pieces of uncontrolled material can cause in orbit. The ISS has maneuvered to avoid space debris more than 30 times since 1999, for instance, including a close encounter with fragments from an anti-satellite missile test by the Russian military that destroyed a Soviet-era spy satellite in November 2021.

[Related on PopSci+: How harpoons, magnets, and ion blasts could help us clean up space junk]

The extended mission for Petelin, Prokopyev, and Rubio is also far from the first time an astronaut or cosmonaut has had to stay in space for longer than expected. NASA’s Mark Vande Hei set a US record of 355 consecutive days in space after heading to the ISS on April 9, 2021 and returning on March 30, 2022. His original flight home in October 2021 was canceled to allow a Russian filmmaker and an actor to shoot a scene aboard the space station.

Krikalev, meanwhile, was a cosmonaut with extensive flight experience on the ISS and the Russian Mir space station before taking on an executive role with Roscosmos. He once boarded the Mir space station in May of 1991 and didn’t come home until March 1992 due to the fall of the Soviet Union on December 26, 1991.