Popular Science Q&A: How NASA Selected The 2013 Class Of Astronauts

What is 'the right stuff' for a trip to Mars? 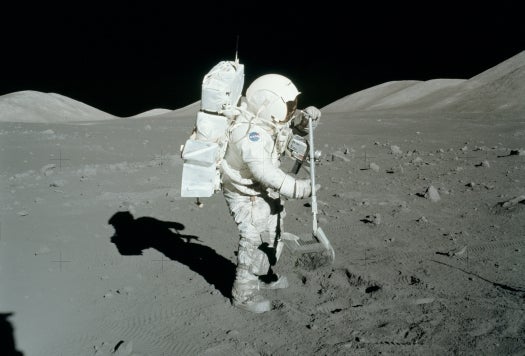 Want to be an astronaut? Well, NASA wrapped up its latest astronaut recruitment period last year, so you’ll have to wait a few years until the agency posts the “Help Wanted” sign again. Over the two-and-a-half-month astronaut recruitment window, aspiring spacegoers deluged NASA with over 6,300 online applications through USAJobs.gov. That bumper crop–the second highest in NASA’s history–is surprising given that NASA is without a space-capable vehicle since the retirement of the space shuttle.

To find out what the next final frontiersmen and women will be training to do, as well as what it takes to earn a coveted spot in the astronaut corps, PopSci spoke with Duane Ross, manager of the Astronaut Selection Office at Johnson Space Center (JSC) since 1975. For more background on some of the medical requirements, PopSci also spoke with William “Bill” Tarver, medical director of the JSC clinical services branch.

An edited transcript of the conversations follows.

PopSci: Why do you think so many people applied to be astronauts this time around?

Duane Ross: With this class we did a major recruitment effort. We tried to reach all segments of society, not just the space cadets and folks like that, but anybody who might be interested and has the background and wants to come down here and help us. Communication tools are a lot better now than they used to be with the internet, Facebook and Twitter. The public affairs folks did a super job of covering the waterfront with the announcement and letting people know an application period was open.

The fact that the shuttle was going away, a lot of people had seen that–NASA was on people’s minds. The shuttle program ended and people thought, “NASA is out of business.” There was an effort to let people know we are still exploring and pressing on. We figure it worked very well, what with all those applications. We were shocked but happy.

PopSci: You and your team narrowed that big applicant pool down to about 120 people for interviews at JSC during the autumn. About 40 or 50 people then get a follow-up interview and a medical examination in early 2013. The new class of 10 to 15 astronaut candidates will finally be announced in May. What’s it take to get picked?

Ross: It’s hard to pick people! It’s not one thing. We want a good, diverse group of people because that’s where you get the best result. There are some basic academic requirements. We’ll typically find folks with good preparation in math, engineering or science. [Read more about the requirements here.] The biggest thing is how applicable and relatable the comparison is we can draw to jobs the applicants have done with what the astronauts have to do when they get here. We also look at outside activities the applicants do to get some idea if they are adaptable to new situations and environments. Everything we do at JSC and the other centers is a team effort, whether a big team or as small as a flight crew. You have to be able to pass NASA flight physical, too.

Bill Tarver: The objective of the medical examination is to not to rule out anyone carelessly. But we need to prove to the Astronaut Office that these people will be able to spend five years’ time training and then go to an austere, remote location for the job.

Ross: We factor all those things in. There’s absolutely nothing mysterious about this. When we go through the applications, it’s people like you and I looking around and interviewing folks and making the best decision.

PopSci: Tell us about the interview process.

Ross: We try to make it just as laid back and informal as we can. Obviously, the person will bring a lot of stress and excitement. There are no trick questions or equations on a board–the interview is about them. We ask them to start back in their high school years and tell us how they got to where they are now. Some folks get pretty comfortable pretty quickly and we have to roll them out the front door before they shut up [laughs]. Some stay nervous the whole time and can barely talk at all. We have a whole spectrum.

PopSci: With its old workhorses, the space shuttles, going on display in museums, what spacecraft will NASA train the new astronaut class to operate?

Ross: We’re going to train them on the [Russian] Soyuz [capsule] to go to the ISS [International Space Station]. As other things come along, whether a commercial entity or the NASA Multi-Purpose Crew Vehicle, we will train them for that, too.

Bill Tarver: It’s that long space mission we’re working towards, and we’re selecting everyone to that standard because any one of them could be whom the Office wants on that mission. And when you go on these missions, you can’t have medical issues. There are a few reasons for that. A simple one is, where are you going to store your pills? Also, pills are only good for one year based on what’s called good pharmaceutical practice. If you go to Mars, how are we going to give you drugs that are good for three years? So we’re very strict at selection. There are several common conditions that most people would think of as benign, but when we throw in long-duration and a long ways from home, those little things are magnified. Like if you’re on a blood pressure medication, for example.

PopSci: What are some other new tests in place for selecting for long-duration missions?

Tarver: Everyone in the final group gets an MRI [magnetic resonance imaging] and an ultrasound. It could be you that have an arteriovenous malformation [AVM]. This is something that doesn’t necessarily present itself until something bad happens. With an AVM, as long as you stay on the planet it may cause you no harm, but it may cause you harm in space. Or you might have an aneurysm that’s kind of waiting there in your brain to burst. We’re not looking for cancer, but if we find it we’ll let you know.

With the ultrasound, we look at the kidneys for stones. They could be a bad thing on the planet and mean you’re dysfunctional while they’re acting up, and in the space environment we put you in situation where you’re more likely to form a kidney stone. It is difficult to get through all the obstacles we put in the way medically. Only a subset of astronauts who went to the ISS got screened like this prior.

On the plus side, the medical screenings sure are easier than for the first astronauts back in the late 1950s and early 1960s in the Mercury program. Those trainees spent hours on treadmills, had their feet dunked in ice water and endured tests involving pressure suits, acceleration, vibration, heat and loud noise. And that’s not to mention the multiple enemas. The Tom Wolfe book “The Right Stuff,” later made into a film, covers some of that.

Ross: “The Right Stuff,” all that medical stuff . . . we’d get into trouble these days if we tried to do it. Of course, early on, we didn’t know what to do. Every time you fly, you get a little smarter about what the real medical requirements are.

Tarver: It is very true we are looking for “the right stuff,” and the right stuff doesn’t come with chronic illnesses like high blood pressure or thyroid disorders. We expect that with up to about 25 percent of the people who apply, we’ll find something that we won’t accept medically. One other thing that changed our acceptance rate in the last selection cycle in 2008 and that’s in place now is that we began to allow LASIK surgery and PRK surgery. Prior to that, the most common reason you weren’t accepted as an astronaut candidate was that you didn’t meet the vision requirement. In 2008, almost everyone met the vision requirement.

PopSci: So how long does it take to get an accepted astronaut candidate ready to journey into space?

Ross: The astronauts that will come on board in 2013 and we will need them about five years from then. Basic training is a couple years. Mission training can then be a couple years’ time. From the time they show up to the time they go out there is about four and a half years. The reason we select people is to fly in space. There are a lot of jobs they have to do before and after they get there, but the reason we select them is for mission requirements.

PopSci: If you don’t get selected as an astronaut, you can always try again, right?

Ross: If you don’t get selected, there’s no stigma against applying again. We can’t take all the good folks. We had a person who started applying in 1984 who was finally selected in 1996.

PopSci: What do you think the huge jump in astronaut applications for the 2013 class says about the future of NASA and the astronaut corps?

Ross: What this means for us and to me personally is that there is still genuine interest among the public in space exploration and will continue to be. We hope that interest will turn into applications.

PopSci: What do you think future astronauts will be like compared to astronauts of the past and present?

Ross: Well, certainly the role has changed somewhat from the shuttle program to the ISS program. For future training, we’ve been looking to make sure they have geology and planetary science stuff as part of the basic curriculum to prepare for the time when we might be going back beyond low-Earth orbit. The role has changed and we will train them for what they need to do. You can’t get a degree in being an astronaut. We give you the tools here.

PopSci: All this talk about landing a gig as an astronaut–what do you think about your own unique role in this process?

Ross: It’s a cool job. I wouldn’t deny that for a second. You get a feeling like you’re playing a small part in one of mankind’s greatest adventures.