Meteorologists just found the coldest natural temperatures on the planet

The bottom of the world could get down to -145 degrees this month. 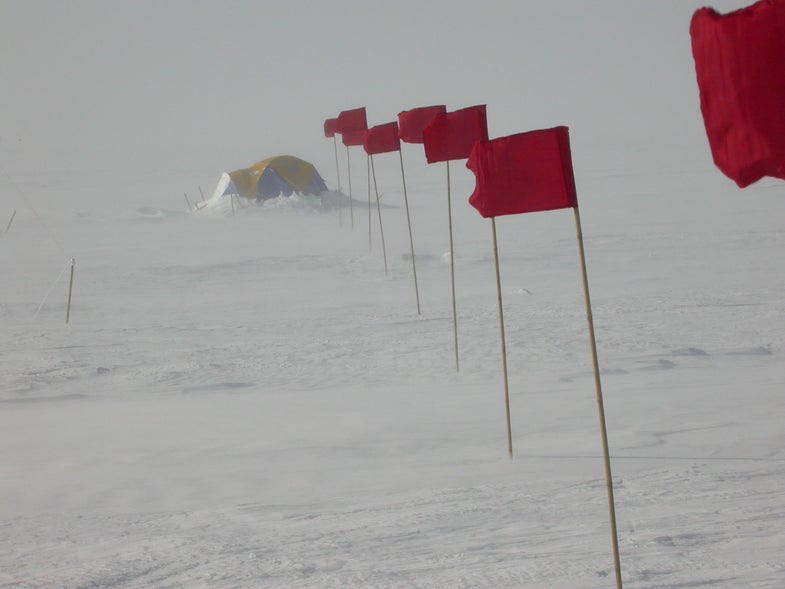 A brisk night on Mars is often balmier than a July evening in eastern Antarctica. The coldest place on earth sits atop the Eastern Antarctic Plateau, two miles above the sea. It’s not just one spot: across an area the size of Indiana, the chilliest air in the world pools in slight valleys. The skies must remain clear, calm, and dry for at least four days for temperatures to dip below -130 degrees Fahrenheit, according to a paper published last week in Geophysical Research Letters.

Scientists knew roughly where the coldest place should be—somewhere near Vostok Station, a Russian research center where a record low of -128.6 degrees was logged in 1983. But they didn’t know exactly where or just how frigid temperatures could reach.

“We’re always interested in how temperatures behave,” says Matthew Lazzara, a meteorologist at the University of Wisconsin-Madison and one of the study’s authors. “In Antarctica, we still haven’t learned a lot of the basics.” His team found conditions need to be just so, in the right spot, to brew up the perfect freeze.

“You would think the coldest temperature should be at the top of a mountain,” Lazzara says. But the cold air is “like a heavy ball—it will roll downhill.”

On an immense ice sheet, that downhill slope is very subtle. “If you were to stand out there, you would say, ‘what are you talking about, it’s flat here,'” explains Ted Scambos, a glaciologist at the University of Colorado at Boulder and the lead author of the study. It only takes a slight depression in the vast landscape for the air to reach its coldest.

The team didn’t venture to Antarctica on its most frigid days in July and August—they analyzed data from two NASA satellites, measured against ground observation at Antarctic research stations. Over 12 years, temperatures plunged to their record low, between -144 and -146 degrees, more than a hundred times.

Before the study, researchers didn’t think satellites would pick up the coldest surface temperatures. “People assumed the coldest thing you would see was always a high cirrus cloud,” says Scambos. But when he looked at readings from the plateau, they clearly corresponded to variations in the landscape. “A cloud looks like a streaky cloud,” he says. “It doesn’t look like the surface.”

Scambos believes temperatures just past -145 degrees are about the limit of the planet’s natural range. The cooling rate at such extremes is so sluggish that any incoming breeze is guaranteed to stir up warmer air, disrupting the drop in temperature.

“When you have wind, it’s like making cake batter—you’re mixing up the air,” Lazzara explains. “You’re not going to have record cold temperatures on a super windy night.”

Only after several still, polar nights can temperatures plunge to their absolute depths. These coldest spots lie within a vast area hundreds of miles from the South Pole and thousands of feet up.

“You feel connected with infinity in a certain way when you are out there,” Scambos says. “It’s just a huge area.”

The region is not far from the Pole of Inaccessibility, the place in Antarctica furthest from any ocean. There, a statue of Lenin interrupts the barren landscape. The bust was dragged across the ice by a team of Soviet scientists in 1958 to crown their short-lived research station. The building is now buried under snow, but the plastic figure remains. “It’s just there,” says Atsuhiro Muto, a geophysicist at Temple University, who also worked on the paper. “It’s sort of destination for polar explorers.”

Most Antarctic scientists conduct their fieldwork during the Southern hemisphere’s summer season, beginning at the Christmas holiday. Even then, the air is bitter cold. “You can’t have any of your skin exposed,” Scambos says. “The cold will just grab that and hold it, to the point that you can’t work anymore.” It’s easy to suffer from frostbite on the tip of your nose or your fingers, he says. “All of those places are par for the course.”

But when conditions warm up to a high of -30 degrees, the cold doesn’t feel so bad, according to Scambos. “The sun can feel sort of warm. At least, it’s not brutal on your skin.”