And led to one of the first American science experiments. 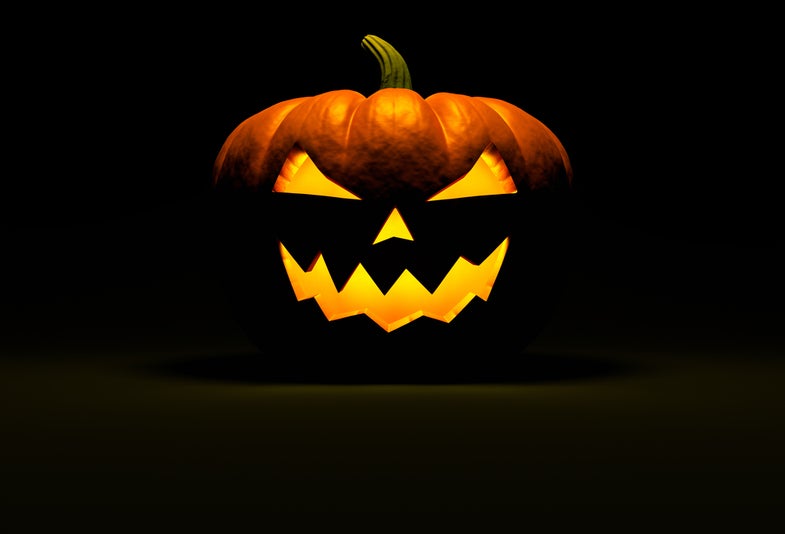 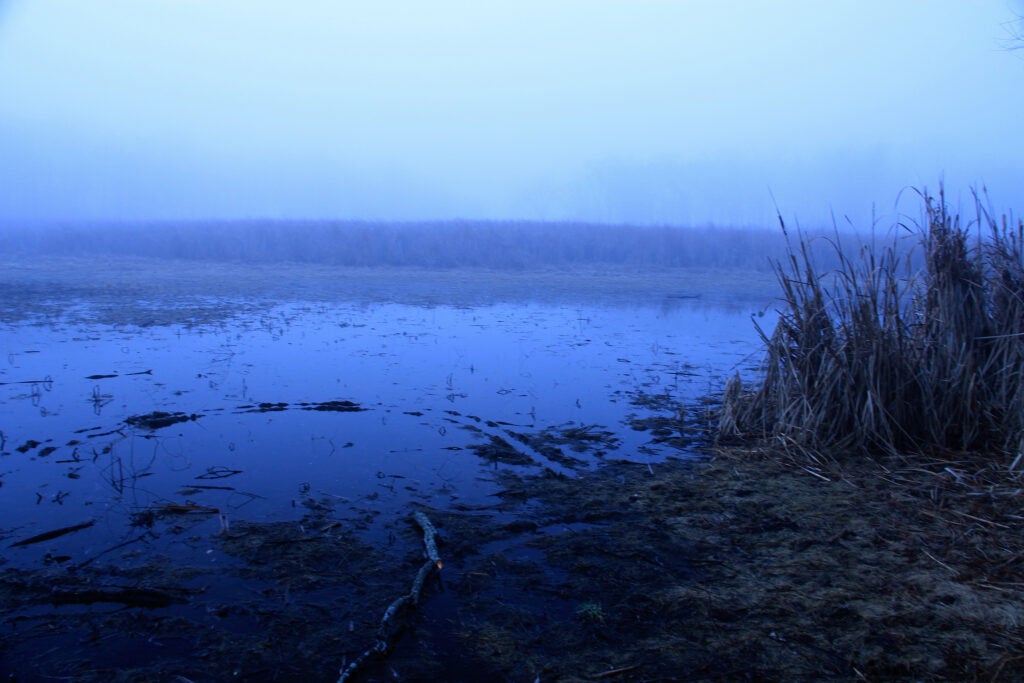 You don’t want to get lost in this bog at night.

In times of old, as legend goes, travelers wandering near a marsh would see the flicker of a light in the distance and confuse it with the glow of a candle from a far-away home. But there was no home and no candle. As they followed the glimmer into the wetland, the light would disappear—but not before the betrayed wanderers found themselves lost among the reeds, where many of them met their chilling end.

This fiery orb, typically seen above stagnant water, became personified in European folklore. Some historical accounts say it was considered a satanic sprite that wielded a fleeting wisp of fire, earning it the name “Will with the wisp,” or will-o’-the-wisp. In other tales, it was the lost soul of a man named Jack. After being denied entry to the underworld, he haunted the night with a homemade light—a burning piece of coal inside a carved turnip—and became known as “Jack with the lantern,” or jack-o’-lantern.

While the exact connection between Jack’s DIY torch and modern Halloween pumpkins is somewhat hazy, one thing is certain: The flickering lights that led superstitious voyagers astray are not mere legends. So-called ignis fatuus, or “foolish fire,” is a real phenomenon: a ball of flame that hovers above a marsh’s dark, still water for a few minutes before dissipating into the night.

These real-life jack-o’-lanterns most likely occur when a blend of natural gas rises to the surface of a mire, says Jeff Boyd, a microbial biochemist at Rutgers University. Unlike oceans and lakes, bog water is stagnant and oxygen-deprived. This creates the perfect environment for anaerobic bacteria and archaea—microorganisms that live without oxygen—to thrive. And many of them belong to a group known as methanogens.

What exactly is a methanogen? “They make a living by eating dead plant material,” Boyd says. “As they break it down, one of the byproducts can be methane gas—the same gas that people are fracking for. When it forms in anaerobic environments, it can get trapped underwater, only to be released by a physical disturbance.”

As these methanogens produce the highly flammable gas, they fill up the bogs where they live. If you’ve spent some time in this type of environment, you may have seen signs of methane yourself: As you stroll through the water, dozens of small bubbles will rise to the surface.

The first European settlers learned just how flammable bogs can be in what some consider the first American science experiment. In 1783, while George Washington waited in Princeton, New Jersey for the freshly-signed Treaty of Paris to arrive, he killed time with a debate: He argued with fellow revolutionary Thomas Paine and his soldiers about how these mysterious will o’ the wisp flames (which were already well-documented at the time) formed. While Washington and Paine blamed natural gas for the eerie glow, some of his soldiers disagreed.

“To settle the argument, they decided to take a pontoon out on the swamp-like Millstone River,” says Doug Eveleigh, an applied microbiologist at Rutgers. “They took long poles and probed the mud, while holding a flame above the river.”

Moments later, a “great, big flash” erupted from the water, says Eveleigh, who reenacted the feat in 2008, to commemorate its 225th anniversary. “I believe it was the first real scientific American experiment.”

Looking for a spark

While these early American settlers may have proved that bogs and other oxygen-deprived wetlands are full of flammable gas, they fell short of entirely explaining how jack-o’-lanterns originate: The experimenters lit the gas with a torch, but according to legend, the glowing orbs ignited themselves. So what was sparking the methane?

Even today, that question remains something of a mystery. Still, one theory has gained considerable traction. Studies of anaerobic bacteria suggest that, in the presence of decaying organic material, the organisms can produce a gas called phosphine. And this chemical, it turns out, spontaneously combusts. It reacts with oxygen to form phosphoric acid, Boyd says, which produces enough heat to ignite.

“Imagine that you have a marsh with dead plant material that microbes are converting to methane gas, and somehow phosphine is also being produced,” he says. “As soon as the phosphine reacts with oxygen, it ignites and you have fuel for the fire.”

Not everyone agrees with this theory, and you’ll find plenty of theories about jack-o’-lanterns that don’t involve combustion. Some people have suggested that chemiluminescence—chemical reactions accompanied by light but not heat—might give rise to the apparent flames. Others have reasoned that the culprit could be bioluminescence, such as the glow of a lightning bug.

But neither alternative carries as much weight as the combustion theory, scholars say. (In fact, that’s the one that appears in mainstream definitions of the phenomenon.) Will-o’-the-wisps are said to be short bursts of flame, whereas reactions that produce chemiluminescence are long-lasting, Boyd says. “They would just glow all the time.” And according to numerous first-person observations, the glowing orbs don’t look like flying insects when seen up close.

The science behind jack-o’-lanterns might be up for debate, but what’s even more puzzling is the lack of visual evidence for these lights today. A quick search on YouTube reveals a handful of videos, but all of them appear fake, as do pictures on Google Images. If these balls of fire were once common, why haven’t any of our billions of smartphones captured one on camera?

Perhaps it’s because we rarely find ourselves traipsing through a bog under cover of darkness. For one, there are far fewer marshes today than there were centuries ago; we covered them with farms and buildings.

In another advantage over old-timey travelers, we now have Google Maps, roads, and other infrastructure to help us avoid dark fens. After all, when was the last time you were really lost?

If you do stumble upon a quag one evening—perhaps off the trick-or-treat trail on Halloween—steer clear of anything that glows. It might be a carved pumpkin on a distant stoop, beckoning you with the promise of candy. But then again, it might be a jack-o’-lantern, tempting you to a watery death.