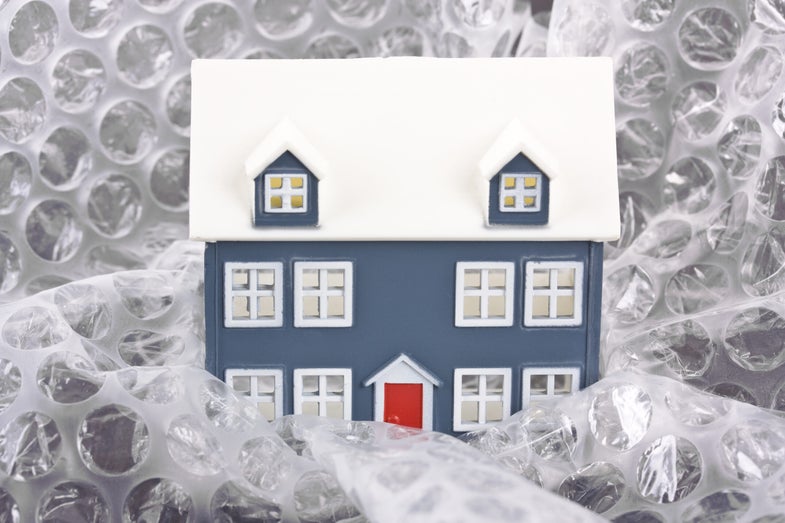 Fact: The history of fonts gets surprisingly dramatic

Fonts, when they’re good, aren’t particularly noticeable. They’re mostly there to deliver information, not detract from it. But every once in a while, a font finds itself at the epicenter of a controversy much bigger than itself. This week, I talked about the simmering history of a font called Fraktur, which came to be identified with the German people—and later the Nazi Party. We also discuss the still-popular font Futura, which emerged in Germany in the 1920s; the hope of a memory-boosting font; and, of course, that haunting Avatar logo.

Fact: Bubble wrap was originally intended as a wallpaper

Back in 1957, trend-setters were papering their walls with unusual textures and materials like bamboo and vinyl. Two engineers decided to add their own contribution: a 3D wallpaper made from plastic and air.

In a garage in New Jersey, Alfred Fielding and Marc Chavannes first tried sealing two shower curtains together with bubbles trapped between. Eventually, they developed a machine to simplify the process. In 1960, they founded the Sealed Air Corporation to keep pumping out those squishy bubbles.

What they didn’t figure out was a good application for their new product. When bubble-wrap wallpaper failed to take off, the team tried marketing it as greenhouse insulation. Although it worked pretty well, they didn’t find many buyers. Finally, marketer Frederick W. Bowers began pitching the new invention as a packaging material.

His first client: IBM. The technology giant had just released the 1401, one of the first mass-produced business computers. To protect the delicate machine in transit, the company needed some sort of buffer, and air bubbles worked great. Finally, the product had found its calling.

In 1993, Fielding and Chavannes earned a spot in the New Jersey Inventors Hall of Fame. Today, their company still makes bubble wrap—each year, it produces enough to wrap around the equator 10 times—even though it makes most of its income from food-packaging materials. This video shows how the process works:

Big thanks to Derek Roberts and Valerie Franek from our Facebook group for helping me to find this fact!

The battle of Shiloh was a bloody one; more than 16,000 Civil War soldiers were wounded and more than 3,000 died. It took medics two full days to reach all of the wounded, and oh, yeah, some of them had injuries that glowed in the dark. Medics called it “angel’s glow,” because the wounds healed faster and cleaner than those without the strange phenomenon.

The mystery wasn’t solved for more than 100 years, until 17-year-old Bill Martin heard about the glowing wounds while visiting the battle site. After talking to his mom, Phyllis (who happened to be a microbiologist with the USDA, Martin and his friend Jon Curtis began a series of experiments to determine if the glowing could have been caused by a bacteria in the soil. After researching which weather and soil conditions at Shiloh could be hospitable to bacteria that glow in the dark, their work proved successful, except that the bacteria they were studying, Photorhabdus luminescens, couldn’t survive in the heat of the human body. But because it was April in Tennessee, it was cold: soldiers waiting two days for medical attention likely had hypothermia. This would have cooled the bodies enough for the angel’s glow to persist. And unlike many pathogens that turn simple wounds deadly, this particular microbe likely sped up the healing process.

Another medical mystery solved, thanks to brilliant moms and curious teens!