Why a worn out space suit got an orbital burial 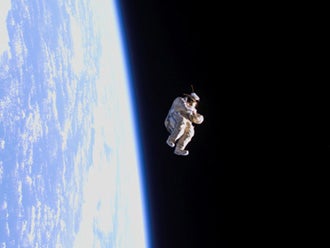 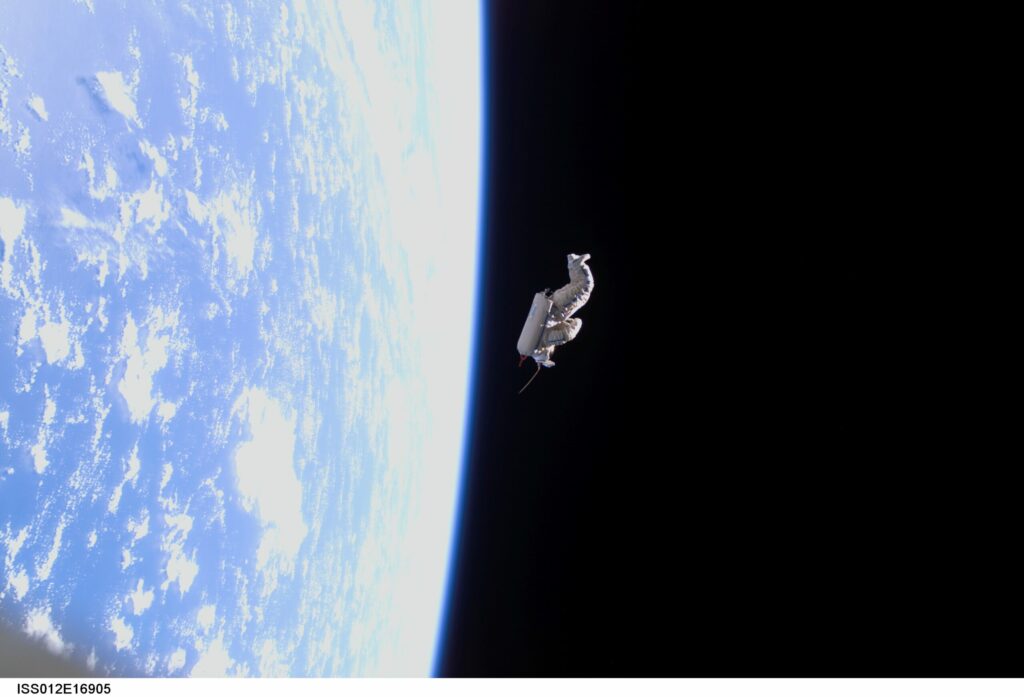 Suitsat 1, a very human form, floating freely around the Earth.

On February 3, 2006, commander Bill McArthur and flight engineer Valery Tokarev stepped outside the ISS for a spacewalk. Cameras gave audiences watching the live feed on NASA TV a view of the men working, half obscured by solar panels. Then the cameras showed a body floating off into space. Tokarev nonchalantly bid adieu to his untethered colleague with an unceremonious “Goodbye, Mr. Smith.” The figure might have looked like a man, but it wasn’t. It was Suitsat, which is perhaps the creepiest satellite of all time.

The story of Suitsat can’t be told without the story of the Orlan spacesuit. 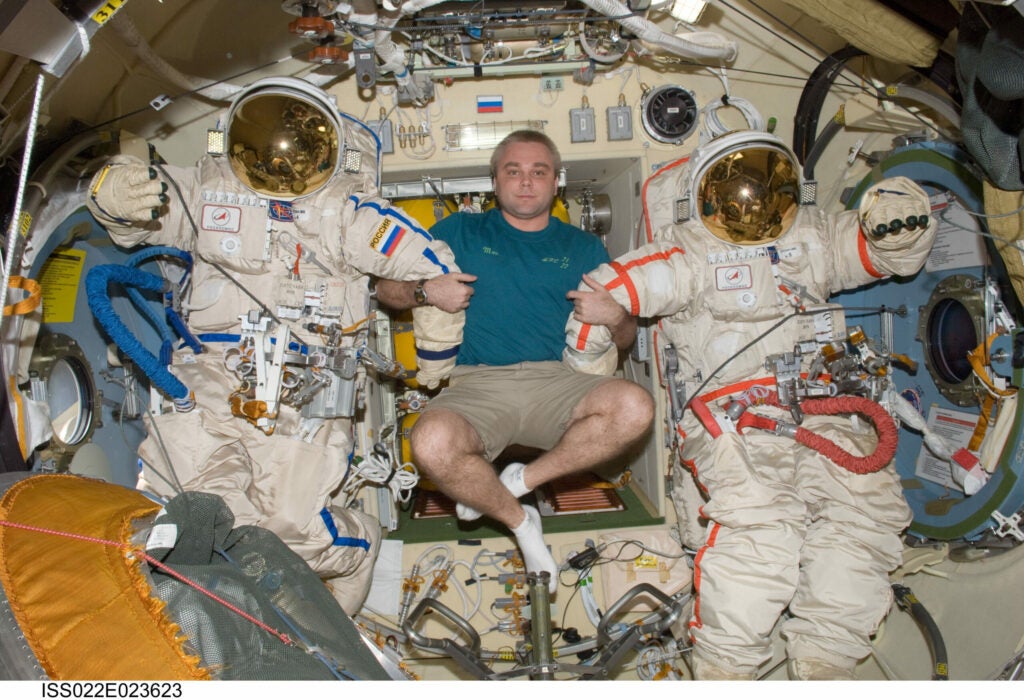 Russian cosmonaut Maxim Suraev on board the ISS with two Orlan spacesuits.

Orlan was a product of the Soviet L-3 lunar landing program from the 1960s that aimed to land cosmonauts on the Moon before the United States landed an astronaut. Part of this mission involved having cosmonauts transfer between a lunar orbiting spacecraft and the dedicated lunar landing spacecraft by EVA, and that meant he would need a special spacewalking suit.

Development toward this unrealized lunar landing mission highlighted the importance of EVAs for future missions, and this begat two spacesuits. The first was a lightweight emergency rescue suit. The second was a heavier and more sophisticated semi-rigid EVA suit called Orlan. Orlan was a reliable, rear entry suit that could be donned and doffed in just five minutes. It was also adjustable so it could fit cosmonauts of different heights and weights.

The Orlan spacesuit — in this case the Orlan-D model — was first worn for a spacewalk on December 20, 1977. Following that debut, it became a staple on both the Salyut and Mir space stations with more recent versions enjoying a constant presence on board the International Space Station. Pressurized to 5.8 psi of pure oxygen, the 238-pound suit can support a spacewalking astronaut or cosmonaut for a 7-hour EVA.

And constant is the keyword. Each Orlan suit is designed to be stored and serviced on the ISS, and each has a 4-year operational lifetime that should allow it to perform about 12 EVAs. It’s when the suit wears out that things get tricky. The Russian Soyuz descent module doesn’t have the capability to bring an Orlan suit back to Earth, so it stays in space.

So what do you do with a spacesuit that has reached the end of its operational lifetime and can’t be brought back to Earth? Well, if you’re Sergey Samburov, you turn it into a satellite.

Samburov’s group came up with the idea of turning a disused Orlan spacesuit into a functional satellite. The plan was to set the suit loose and let it run out its internal batteries while broadcasting a status signal to Earth. The test would answer questions like would the suit overheat with its cooling systems turned off, would it transmit clearly while tumbling end over end in orbit, and would the batteries last longer with life support systems shut down? Seemingly odd tests for an empty spacesuit, the ultimate goal was to gather data points to help inform the next generation of Orlan suits.

So the old Orlan was equipped with three batteries, a radio transmitter, and sensors to measure temperature and battery power. During that EVA in February of 2006, Suitsat, dubbed Ivan Ivanovich or Mr. Smith, was punted away from the station and left to circle the globe. Transmitting its signal, engineers tracked its progress and ham radio operators listened in as well.

But the test didn’t last too long. Suitsat’s batteries failed after just two orbits. The signal weakened and eventually died. Suitsat continued orbiting the globe until its orbit eventually decayed. On September 7, 2006, the creepy satellite burned up in the Earth’s atmosphere over the Southern Ocean.