The simplest explanation is also the likeliest. 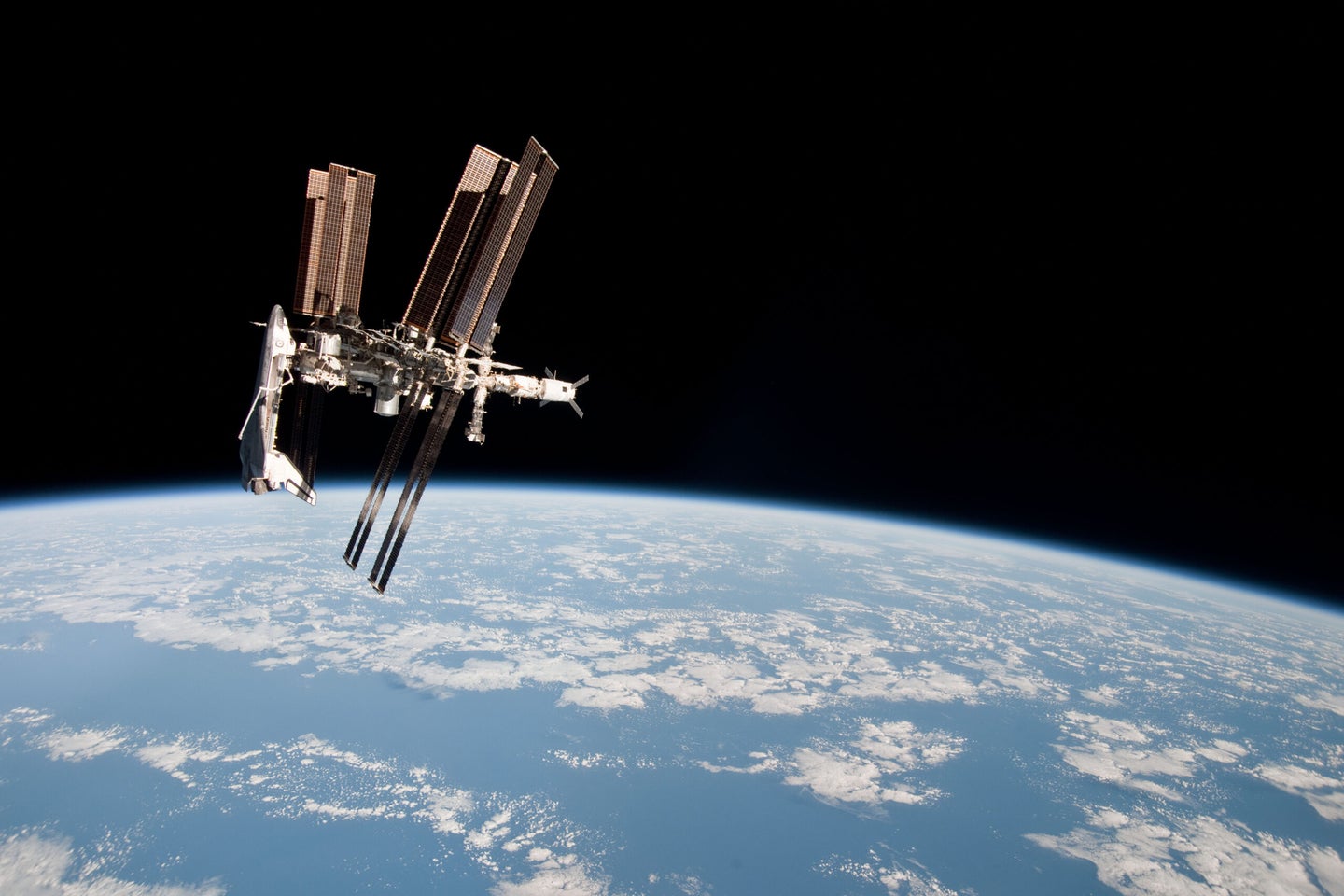 It will be a glorious day when we finally get definitive proof of alien life. It’s going to be absolutely amazing, whether we make contact with a species that rivals or exceeds us in intelligence or we accidentally squish an alien bug on a spaceship window.

Today is not that day, though headlines from around the world invoked the ‘A’ word, claiming that ‘alien life’ in the form of bacteria had been found on the outside of the International Space Station (ISS).

In an interview [in Russian] with Russian News Service TASS, cosmonaut Anton Shkaplerov—who will command the next crew of the ISS launching in December—described two Russian experiments on how microorganisms fare in space. One experiment, Biorisk, has been in operation for years, and is used to monitor how bacteria and fungi fare in the harsh environments beyond our atmosphere. It’s designed in part to help scientists understand how to protect other planets from contamination with earthling life, but also testing how materials used in spacecraft might survive during long periods in space if exposed to microbes.

Another experiment called Test has been going since 2010, and involves swabbing various parts of the outside of the space station, collecting samples, and returning them to Earth for analysis. Here’s where things got weird.

“And now it turns out that somehow these swabs reveal bacteria that were absent during the launch of the ISS module. That is, they have come from outer space and settled along the external surface. They are being studied so far and it seems that they pose no danger,” Shkaplerov told TASS.

But even if the organisms were not on the ISS module when it launched, that does not mean that they came from somewhere other than Earth.

The ISS is in outer space, sure. But it’s not exactly pushing the limits. The ISS orbits Earth at an altitude between 205 and 270 miles above the surface. That’s firmly within the thermosphere, a layer of the Earth’s atmosphere where satellites orbit, the aurora forms, and the air is remarkably thin. But the air is still there, enough to exert a drag on spacecraft orbiting the Earth.

Microbes are still partying at 9 miles up and have been found as high as 47 miles above the surface. Tardigrades—which are weird, but also definitely from Earth—are known to survive in space.

Earlier this year, Roscosmos hinted at an extraterrestrial origin for microbes on the surface of the space station, suggesting that they arrived via space dust.

It’s not quite as out there as it sounds. A paper published earlier this month in Astrobiology suggests that space dust colliding with Earth’s atmosphere could propel microbes out of the atmosphere and into space.

Could something similar have happened to another planet’s microbe-laden atmosphere, transferring something to low-Earth orbit to end up smeared on the outside of the ISS? Sure. But the Earth and its microbes are much closer than any other planet or moon’s atmosphere, and we haven’t found life outside of Earth yet.

In fact, Roscosmos made a similar claim three years ago, saying that swabs of the outside of the ISS showed evidence of sea plankton. The claims were met with skepticism at the time. It’s not clear whether the plankton mentioned several years ago and the bacteria mentioned by Shkaplerov were found in similar places on the station, how they were identified, or what they are identified as.

And all this assumes that the bacteria aren’t just run-of-the-mill microbes floating around in and on the space station. While no effort is spared to decontaminate rovers like the ones on Mars, regulations governing the ISS aren’t quite as strict. For one thing, humans carry a lot of bacteria with them and on them, which can result in space stations like Mir turning into disgusting petri dishes. With plenty of humans and things humans touched going back and forth between the ISS, proving that there hasn’t been contamination will be difficult. (Not impossible, but very difficult.)

As Carl Sagan reminded us, extraordinary claims require extraordinary evidence. A translated quote in an interview is not the same as an official announcement, much less peer-reviewed research. We reached out to the Russian space agency Roscosmos for comment, but haven’t heard back yet. We will update this post with their reply.