When NASA retires its fleet of space shuttles next year, the Russian Soyuz spacecraft will become the only means of... 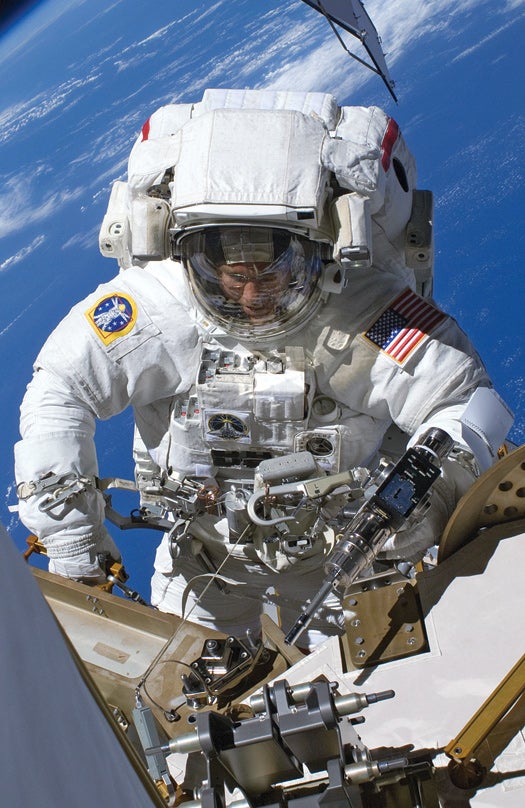 When NASA retires its fleet of space shuttles next year, the Russian Soyuz spacecraft will become the only means of transporting people to the International Space Station. American astronauts have trained part-time on Soyuz craft in Moscow since the early 1990s, but recent bureaucratic struggles and outdated equipment are taking the shine off the Russian space program, once famous for its reliability.

In May, for instance, a Soyuz crew—two Americans and one Russia —failed its preflight certification exam, a rare embarrassment. On the ISS in July, after retaking the exam, one crew member accidentally aborted the automated docking of an unmanned supply vehicle, causing a delay of several days.

Publicly, NASA has dismissed these miscues as unconnected, the type of thing that happens all time. And that might be the case. But now that Russians will teach the bulk of the most hazardous phases of spaceflight, launching and landing, some NASA officials worry that conditions at the Gagarin Cosmonaut Training Center in Star City, near Moscow, could endanger astronauts once in space. Said one high-ranking NASA official who asked not to be identified, “NASA’s Astronaut Office and Mike Suffredini, the station program manager, feel so strong that it’s a problem that it’s on our Top Program Risk list.” 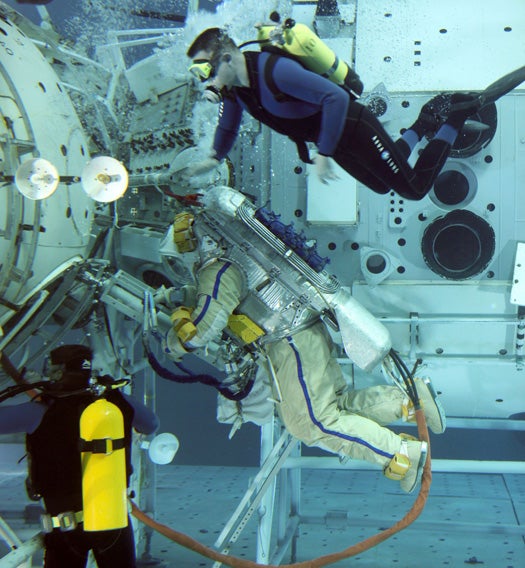 JSC2006-E-33958 (July 2006) — Astronaut Michael E. Lopez-Alegria, Expedition 14 commander and NASA space station science officer, rehearses an extravehicular activity (EVA) with a full-scale training model of the International Space Station’s Zvezda Service Module in the Hydrolab facility at the Gagarin Cosmonaut Training Center in Star City, Russia. SCUBA-equipped divers are in the water to assist the crewmembers in their rehearsal, intended to help prepare them for work on the exterior of the station. Lopez-Alegria is attired in a training version of his Russian Orlan spacesuit.

One cause for concern is that Russia’s space operations are in a major upheaval, as the Russian Ministry of Defense transfers control of Star City to Roskosmos, Russia’s civilian space agency. When NASA’s Program Risk Advisory Board met in August, it noted that NASA had called back some astronauts from Russia before their training there was complete because of the shortage of training staff—when the center changed hands, many experienced Star City instructors transferred to the military, which has also raised some doubt about the overall quality of training.

The advisory board also noted that the agency’s own “resource limitations”—NASA-speak for a lack of qualified instructors and money—could affect the safety of space operations. That was made apparent in August, when astronauts performed a critical spacewalk to replace a failed ISS cooling pump. They did so without the emergency option of using the Russian spacesuits and airlock because the practice of training on each country’s suits and airlocks was dropped a few years ago. “It was a hard decision with known loss of capability,” says a NASA insider. “In light of the recent emergency, it will be revisited.”

The physical condition of Star City has also worsened with time and a heavier workload. Military commanders made few upgrades to the center in the past few decades and seriously neglected basic maintenance. Instead of patching a leaky roof, for example, they hung a metal sheet over a computer mainframe to funnel ceiling drips into buckets.

The deputy head of Roskosmos, Vitaliy Davydov, says that the dilapidated center his agency inherited needs nearly $1 billion in repairs and renovations, 10 times its current annual budget. Sergey Krikalyov, a decorated cosmonaut and Star City’s new director of training, has complained that the center’s computers and network are on par with what NASA ran in the 1980s and can’t even connect to the Internet. Half of its automobiles and aircraft don’t work, making it difficult to coordinate trainees, staff and repair technicians. He rates the training equipment as merely “functional.”

Active astronauts, who would only speak off record, insist they are confident that they can work through any difficulties. Although top officials are aware of the potential hazards, as of press time they hadn’t developed a solution. They need one. Otherwise, NASA must either abandon manned spaceflight until it can rent out an American-manufactured spacecraft or continue hoping that astronauts’ future errors are only embarrassing, and not worse.