Humans have become the biggest selection force in evolution

We’re shaping the distant future of biodiversity, as well as the present. 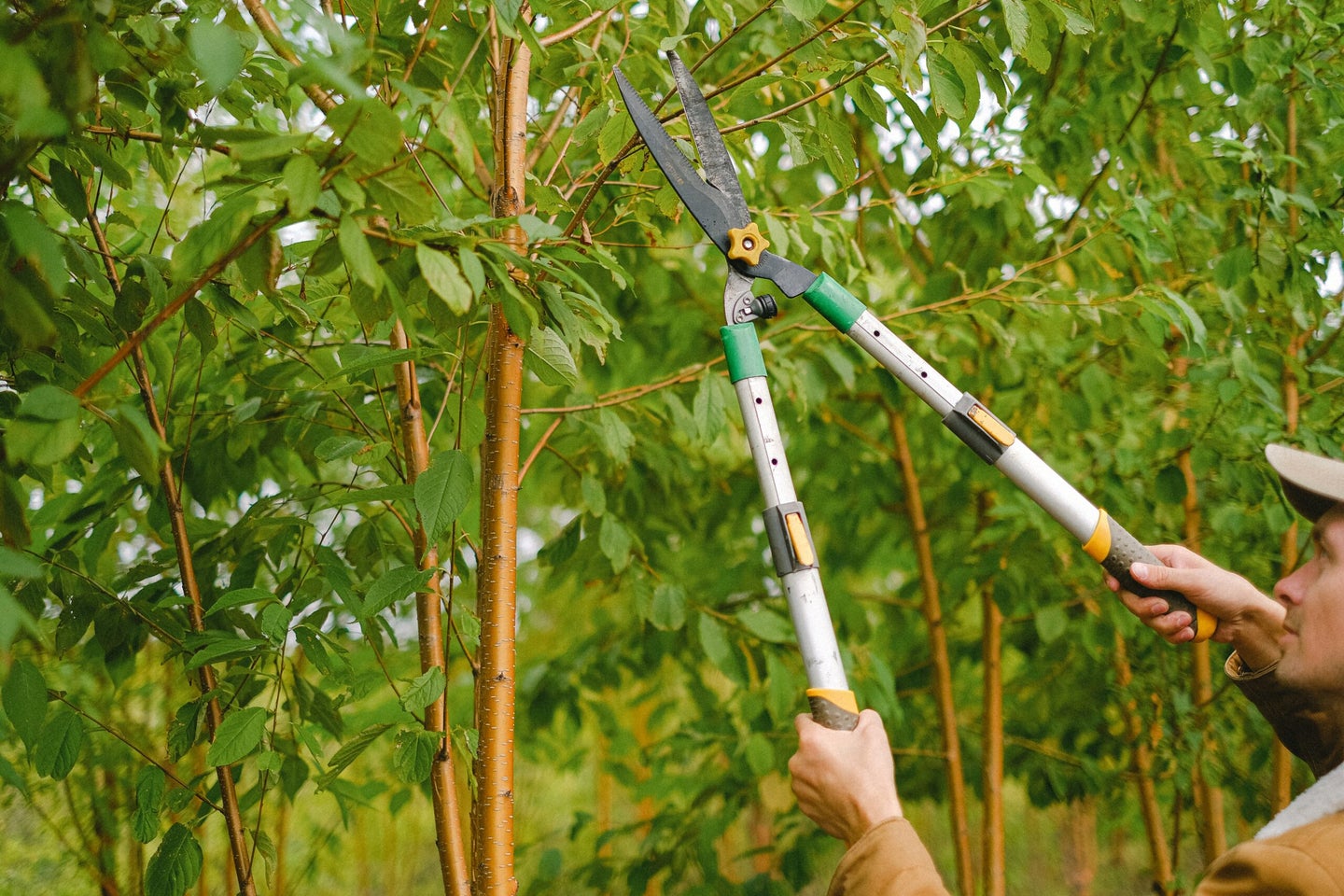 When humans cause a species to go extinct, it's like chopping off a branch on the evolutionary tree. And that's just one of the ways we're shifting the course of evolution. Anna Shvets
SHARE

Humans have influenced everything on Earth to such a degree that our current time is considered separate from the rest of geological history. This new epoch is called the anthropocene, a term popularized by the late atmospheric chemist Paul Crutzen in the 2000s.

The composition of our air and water is different from what it was even a few decades ago. There is over 20 percent more CO2 in the atmosphere today than in 1980. Our oceans are about 25 percent more acidic than they were pre- industrial revolution. We’ve fundamentally altered somewhere between three-quarters and 95 percent of the land on earth through infrastructure, agriculture, and resource extraction.

And, although exact numbers vary, scientists generally agree we’re losing biodiversity at a dramatic rate. One 2014 study estimates the current extinction rate is 1,000 times higher than it would be without human interference (and that it could accelerate to 10,000 times in the not-so-distant future). Species are disappearing fast. “Some of them are lost, even before we know what we’re losing,” says Sally Otto, an evolutionary biologist at the University of British Columbia. But we’re not just altering the present state of biodiversity—we’re also strongly influencing its future.

“We think of the evolutionary tree of life as this kind of static thing, but it isn’t. We are shaping it,” says Otto. She describes evolution as a grape vine or apple tree being trained and pruned to grow to fit around the requirements of co-existing with people.

Climate change, introductions of invasive species, and habitat fragmentation are just a few of the ways Otto says humans are “changing the course of evolution for every species on the planet.” Adding, “sometime in the last 200 years, we have become the species that most shapes the selective pressures of other species.”

Evolution is the process through which life on earth diversifies. An organism in one particular habitat faces different pressures from organisms in another. The individuals within a species best suited to their habitat reproduce the most and shift the gene pool towards more adaptive traits.Through generations then, species adapt to better survive their surroundings.

By reducing the biodiversity that evolution has to act on and shifting the pressures that organisms face in their struggle to survive, humans have altered the course of the future, says Otto. And some of these changes are already visible.

“I think in general we’re selecting for plants with more weedy characteristics,” says Elizabeth Leger, a plant biologist at the University of Nevada. Leger researches interactions between invasive and native plant species in the Great Basin region, which spans most of Nevada and Utah as well as parts of California, Oregon, Idaho, and Wyoming. In a 2017 study, Leger found that populations of some native plants were growing faster and producing more seeds than they previously had, all in response to the presence of cheatgrass, a widespread, highly invasive plant in the area.

The changes in the native plants happened over only a few seasons, indicating that the pressure to compete with cheatgrass can be intense. “It’s sort of this unique scenario where every single native plant, at some point in its life in this system is going to meet cheatgrass,” she says. “Every native plant is experiencing some sort of pressure from this plant.”

[Related: Humans are continuing to evolve] 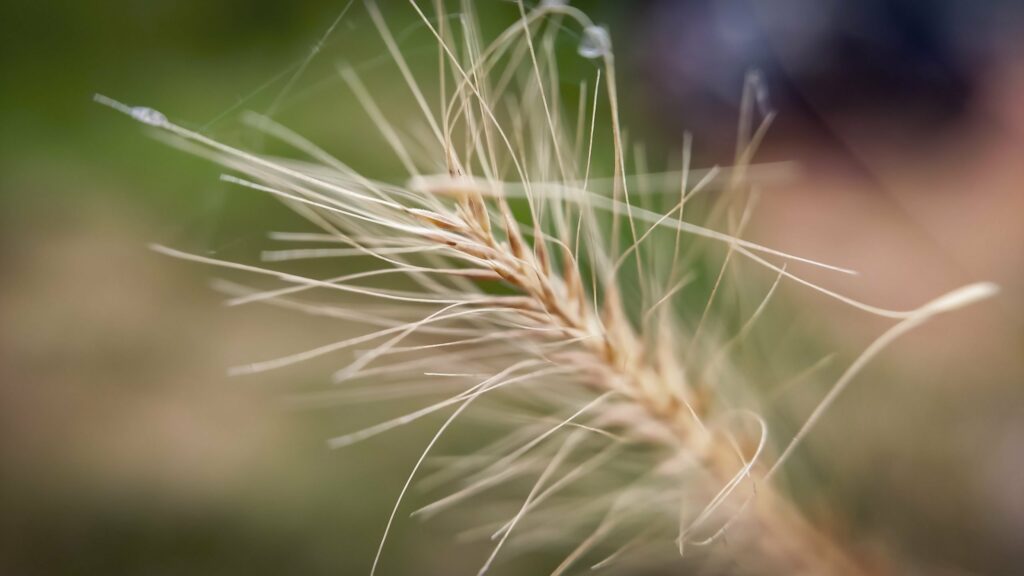 Squirrel tail (Elymus elymoides) has a singular, brushy appearance. The grass is more drought tolerant than some other native species in the Western US.

In Leger’s study region, as with much of the US (and many parts of the world), drought and heat waves are becoming more common due to climate change. Some plants with fast generation times, like the distinctive looking native grass squirrel tail, might be able to become more drought tolerant quickly enough. But a well-loved plant like sagebrush—which only establishes from seed every couple of decades, when conditions are exactly right—could be in trouble, says Leger.

And it’s hard to know the best way to conserve imperiled plants. Evolution is a constant process, and now it’s happening so quickly that Leger says seed banks worry about stored seeds becoming obsolete in just a few decades. “In a seed bank, [seeds] can’t evolve. They can’t disperse, and they can’t reproduce, and they can’t change,” she says. “Once you seed bank something, you’ve literally frozen it in time.”

In some cases, human impacts on evolution are even more direct. German cockroaches, for instance, have evolved to evade almost all of the insecticides at our disposal, according to a 2019 study. The roaches you squash in your bathroom are genetically different from the ones people were squashing a decade ago, and different from those you might find a few cities over, depending on what cocktail of chemicals is being used to combat them locally, says Michael Scharf, an entomologist at Purdue University who was an author on the 2019 study.

Scharf describes German cockroaches’ detox enzyme, honed by centuries of the human-roach arms race, as a Swiss Army knife. The enzyme is similar to ones found in human livers, but is much more effective. The magnificent, system-filtering multi-tool allows adapted roaches to withstand the strongest of chemical attacks. “It’s amazing when you see a really resistant roach strain,” says Scharf. “You can let them stand on an insecticide residue for days, but if we had a strain that wasn’t resistant, it would last like five minutes.”

German cockroaches have a tendency towards inbreeding, he says, which means helpful genes spread through a population extra fast, and genes don’t move much between populations. When a german cockroach population evolves resistance to a pesticide, it’s through a different combination of genetic changes than that of a population elsewhere. In biology, isolated populations accumulating genetic differences is the beginning of entirely new species emerging.

Although Scharf says german cockroaches haven’t gotten there yet, it wouldn’t be the first time human actions have led to new species.

At heavily contaminated former mine sites in the UK, researchers found that a plant called sweet vernal grass was growing, managing to tolerate the high levels of zinc and lead present in the soil. Moreover, researchers observed the metal-tolerant grass species was flowering on a different cycle from its relatives growing outside of the mine boundary, in a landmark 2006 study.

It might not seem like much, but the flowering time of grass is everything. Most plants have a small window of reproductive possibility, dictated by blooms and pollen. If the flowers of two plants emerge at separate times, those plants can’t possibly interbreed. If two plants can’t interbreed, most biologists consider them separate species. At old mines, then, a new species emerged in the wreck of industrial development.

All of these adaptations to human-influenced ecosystems involve trade-offs. It costs energy to produce more seeds, grow more quickly, or be more tolerant of drought, pollution, and pesticides. Cockroaches that breed for a few generations in the absence of insecticides, for instance, quickly start to lose their built-up resistance because producing such robust detox enzymes is biologically expensive, says Scharf. To better survive in the anthropocene, organisms may have to give up other strategies or traits, even if those traits were once beneficial.

And combined, these shifts will contribute to changes in biodiversity in ways we can’t yet predict. We know humans are accelerating species declines, but it’s less clear how we’re affecting the rate of new species emerging.

“We don’t have enough naturalists and taxonomists to even know what old species we have, let alone what new species are evolving,” says Otto. “When a species goes extinct, it takes its whole evolutionary history [with it]—this kind of treasure trove of adaptations that have accumulated. But, when a new species is formed, it’s a baby species. It’s a teeny, tiny evolutionary bit of time.”

New and emerging species represent smaller amounts of difference than well-established, long separated species, making them more difficult to detect. They’re just buds on the sprawling evolutionary tree, as Otto describes them. These new buds are small enough to miss at a glance, but they’re present and likely to keep growing if conditions are right. Granted, recovering the level of biodiversity lost in the Anthropocene may take millions (or tens of millions) of years, as with past extinction events.

“Whenever I get depressed, I do start thinking about those long time frames,” says Leger. “There are some very tough cookies that are going to stick it out for sure. And so there might be a contraction in diversity, but there will again be the same radiation.”