Once more unto the beach 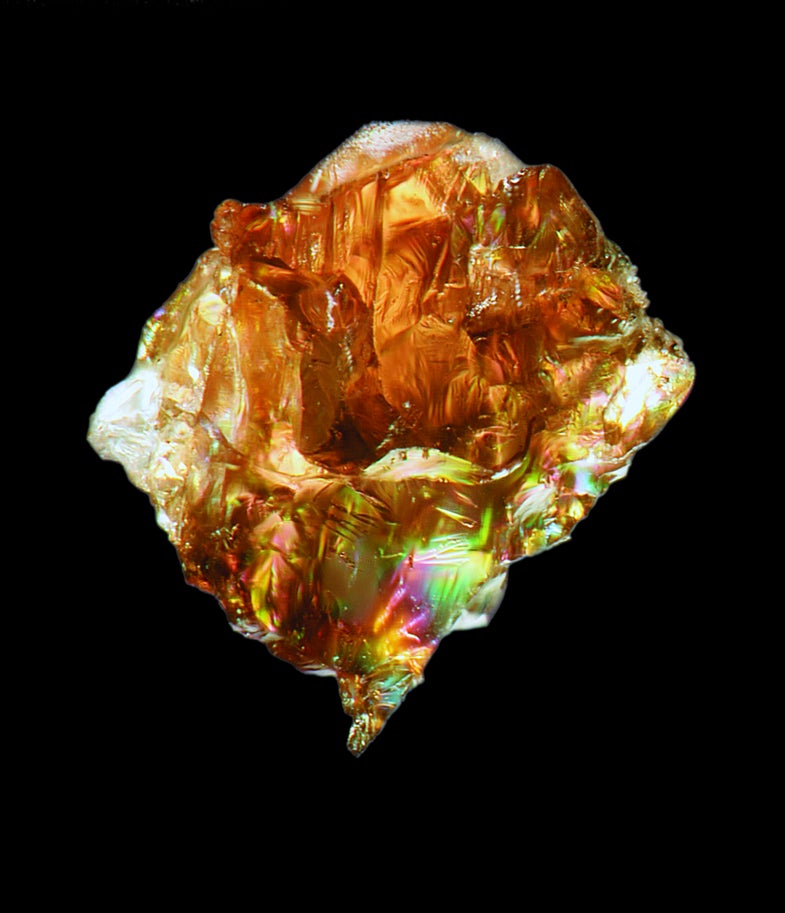 Whether you are walking along a beach, climbing the dunes of a scorched desert, or making a "giant leap for mankind," you are treading on millions of years of geological history. This beautiful gem-like particle found in a sample of lunar dust collected from the Sea of Tranquility, may have started out as a large pyroxene crystal, but along the way it has undergone several fractures, and its internal structure has been modified. The dark vertical lines indicate where one section of the crystal has been sheared with respect to another when a micrometer traveling at a speed close to fifty thousand miles per hour smashed into the lunar surface. Magnified 520 times. Gary Greenberg, Carol Kiely, and Kate Clover
SHARE

To the naked eye, sand looks pretty uniform. Tiny beige specks of varying shades, collectively covering beaches and shores and deserts. But when you peek at it through a microscope, all of that changes. Gary Greenburg, a research affiliate at the University of Hawaii Institute for Astronomy, created a 3D high-definition light microscope in the 1990s, and he’s been capturing fascinating sand close-ups since then.

Now he’s put out a book of sand imagery, along with colleagues Carol Kiely, an adjunct professor at Lehigh University, and Kate Clover, a gallery program manager at the Science Museum of Minnesota in St. Paul. Kiely worked with NASA in 2008 to examine lunar dust particles collected during the Apollo missions, and ended up using Greenburg’s technique to capture some spectacular images. Clover grew up on white sand beaches and formed a love for geology.

The book, titled The Secrets of Sand: A Journey into the Amazing Microscopic World of Sand, details the surprisingly complexity of sand and where it comes from. That includes sand from pure white beaches to colorful gem-like sand made up of tiny fragments of garnet and agate, which look like rock candy under a microscope. And of course, there are plenty of images of moon dust, which comes in colors ranging from bright green to deep orange. You can get a taste of the authors’ fascinating imagery and captions in the gallery excerpt above.