FYI: Do Parasites Get Parasites? 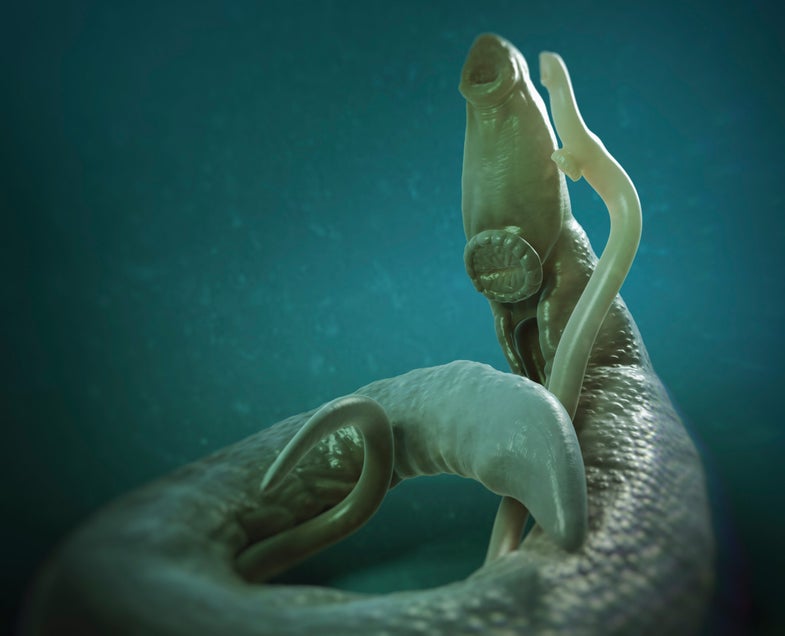 Studies in the lab and field have identified some of these elaborate, nested relationships. Last November, a team of researchers in the Netherlands published research on a wasp that lays its eggs inside a caterpillar, which in turn feeds on cabbage leaves. That means the nutrients and energy pass through three distinct organisms, and the same lab has documented related systems with even more layers of interaction.

Seth Bordenstein, a microbiologist at Vanderbilt University, studies a five-tiered system that starts with a fledgling bird. Blowflies infest the bird’s underside with bloodsucking larvae, which then drop off and fall prey to hyperparasitic wasps. The wasps, in turn, carry a parasitic bacterium called Wolbachia, which has evolved to modify its host’s reproductive system. The bacteria are subject to their own invasion, though, from tiny viruses known as bacteriophages, which hijack Wolbachia’s cellular machinery to expand their population.

Just how small can parasites get? The final layer of these systems might be the transposon, which is a roving bit of nucleic acid—a single, parasitic gene. Transposons have been discovered inside viruses that infect other viruses, which in turn infect amoebas that infect human beings. “I think it’s difficult to see where one organism begins and another one ends,” Bordenstein says. “We are only beginning to appreciate how intertwined these layers of organisms are in large flora and fauna.”