FYI: How Do You Keep A Dead Political Leader Fresh For Public Viewing?

The corpse of Hugo Chavez is on display for a week. 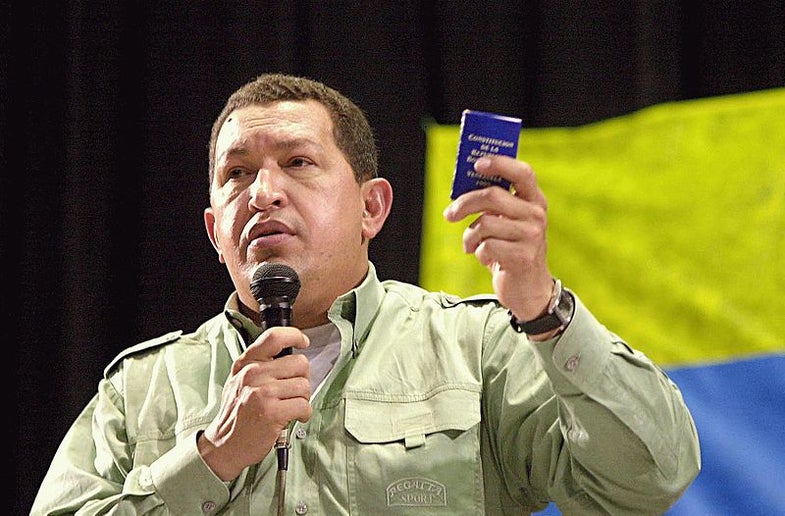 The death of Venezuelan president Hugo Chavez has been met with mixed feelings here in the US. But he was adored in his country, at least by those who didn’t despise him, so after his death, his vice-president, Nicolas Maduro, stated that his body would be embalmed “like Lenin and Mao Zedong,” and displayed for a week.

But how do you display a body for an entire week?

The Ugliness of Death

Decomposition begins from the second of death in human bodies. The first stage of decomposition, called the “fresh” stage, begins when the heart stops beating. Blood stops pumping to the extremities and settles due to gravity, causing the skin to become bluish-purple. After a few hours, rigor mortis kicks in. At the same time, the body begins the process of autolysis, in which pH changes in the body trigger the structural breakdown of cell walls. Those cells release digestive enzymes which completely destroy the cell. And while all that is going on, aerobic bacteria in the body are gobbling up all of the oxygen that remains inside, but since there’s no new oxygen coming in, they soon die off, leaving a perfect space for anaerobic bacteria to jump in. They start chowing down on any liquids and fats in the body and producing nasty stuff–gases, acids, that kind of thing–which turn into bloat. And that’s not even accounting for visible insects like blowflies.

The type of embalming performed at funeral homes is temporary, designed to last a mere few hours until the body can be buried. Embalming is an ancient practice, with cultures as widely varied as the Inca, the Egyptians, and the Han Dynasty Chinese all having traditional embalming methods and ceremonies.

Today, this kind of temporary preservation is usually done by arterial embalming. Blood and other fluids are drained from the body, and an embalming solution is then injected with a pump into an artery–typically the right carotid artery, in the side of the neck–while the embalmer massages the veins and extremities to circulate the fluid throughout the body. The embalming solution is mostly common solvents, with formaldehyde and methanol being typical ingredients. Other ingredients could include phenols (which serve the same purpose as formaldehyde–and also smell like scotch whisky), water, a conditioner to balance the pH of the water, and some kind of pink or red dye to maintain the color the body was when it was less…dead.

This solution denatures the proteins of surrounding cells, which has the dual purpose of killing any bacteria and also making those cells worthless as food for any bacteria that would try to settle in. It’s kind of grotesque, but you can think of this like a ceviche, in which acid denatures the proteins of delicious seafood, thus sterilizing it. (Sorry for that comparison.)

But this only preserves the body for a little while–plenty of time to perform an open-casket funeral service, but if you want to display a communist national leader for a week, you’ve got to try something else. And what if you want to do it for more than a week? Lest we forget, the body of Vladimir Lenin has been on display since his death. Which was in 1924. 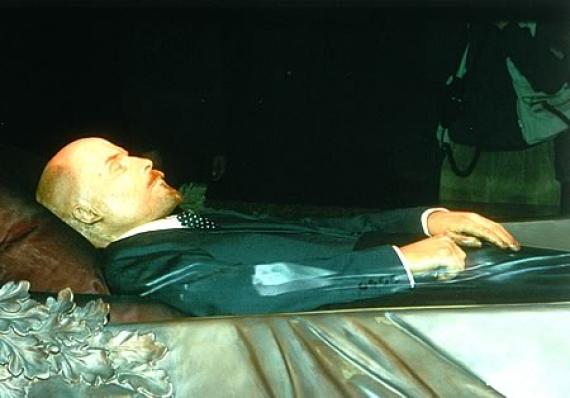 Vice-President Maduro specifically said that Chavez would be embalmed like Lenin, rather than preserved through any other method (more on those later). And luckily, we have some information on how Lenin’s body was preserved. And it’s not wildly different from short-term preservation. You need to invest in more hair and makeup, because hair falls out fairly quickly, but the big difficulty is moisture.

The alcohol, for example, is highly important to the embalming process. It’s what’s used to hold the formaldehyde in solution, since you’re trying to stay away from water–but alcohol evaporates quickly, which can lead to the body drying out. So you have to keep the humidity level fairly high, to combat that. But keeping the humidity level high invites all sorts of other critters–mold, fungus, bacteria–that thrive in damp environments. It’s a constant balance between wet and dry. Ilya Zbarsky, in a 1999 interview to the BBC, stated:

Twice a week, we would soak the face and the hands with a special solution. We could also improve some minor defects. Once a year the mausoleum was closed and the body was immersed in a bath with this solution.

This preserves Lenin’s body…adequately. His face looks very waxy and shiny; it’s clear it’s Lenin, but nobody would mistake his century-old body for a man taking a nap.

What About More Modern Techniques?

Ah, here’s where we get into some interesting stuff. In 1979, a German anatomist named Gunther von Hagens applied for a patent for a process he called “plastination.” Plastination, in brief, replaces all of the liquids and fats (these are the problematic materials, decomposition-wise) in a body with plastics. It’s a more difficult and newer technique than traditional embalming, but it has lots of advantages. Bodies preserved by plastination do not decay at all; no need for the kind of repeated upkeep Lenin’s body needs. They’re completely sterile, so you can even touch them without risk. And, perhaps best of all, you’re not fighting decomposition: plastinated bodies are perfectly preserved in the moment they were treated, including color and appearance. If you’ve seen the Bodies exhibit that tours from museum to museum, this’ll be familiar–that exhibit consists of plastinated body parts. 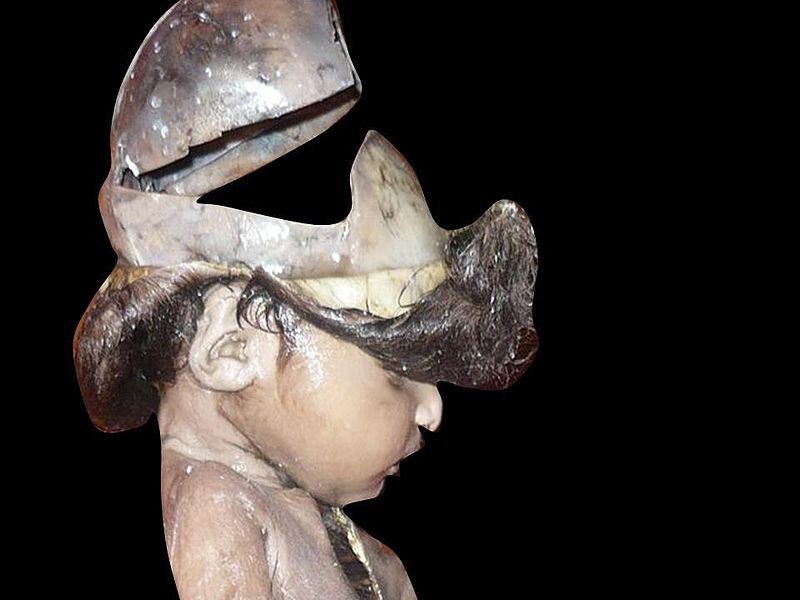 A newborn in the process of plastination.

Here’s how it works. First, you inject with formaldehyde, much like you would to embalm. But the formaldehyde in this case is only used to preserve the body during the plastination process, and to lessen rigor mortis so the body can be posed as desired. Then, to draw out all the liquid–remember, liquid is the enemy here–the body is immersed in a bath of acetone, a clear, odorless compound that, when very cold, draws out water from the body and takes its place. Acetone might be a weird and highly flammable substance, but one thing it is not is a friend to mold or bacteria.

Then, you take the body and immerse it in a second bath, this time a common polymer like silicone rubber, polyester, or epoxy resin. Then you bring it to a boil–I know, this sounds like a horrifying recipe–and the acetone will evaporate from the body’s cells, at which point the polymer will move in and take its place. Then you zap the whole thing with an ultra-violet gun to dry and harden the plastic, and congratulations, you’ve got a plastinated body.

Well, basically, no. Cryopreservation is a young and controversial technique to maintain cells by keeping them at extremely low temperatures–like, several hundred degrees below zero. It works, kind of, but only for very small and simple creatures like tardigrades (AKA water bears), or for small human cells like sperm cells or embryos. It works well for that stuff; embryos have been preserved for up to 16 years and thawed successfully. But for larger human tissue, cryopreservation is just too immature and ill-understood. There are all kinds of problems: cells sometimes begin to form ice crystals or begin to dehydrate, which can cause irreparable physical damage to the cell walls. But research is definitely progressing in the field.

So, Chavez will be embalmed. Embalming is a classic! But perhaps the next controversial freedom fighter/despot will opt for plastination.