Take to the trees! 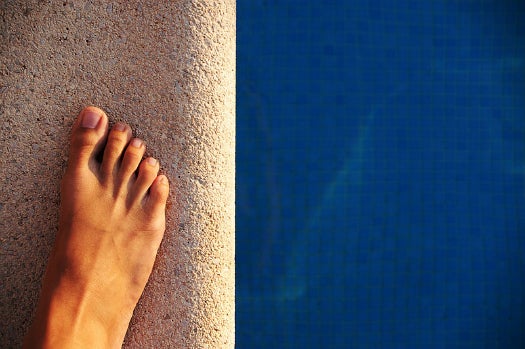 Humans may have moved out of the trees, but some of us are still wandering around with vestiges of our arboreal ancestors: a flexible, chimp-like foot that bends in the middle. 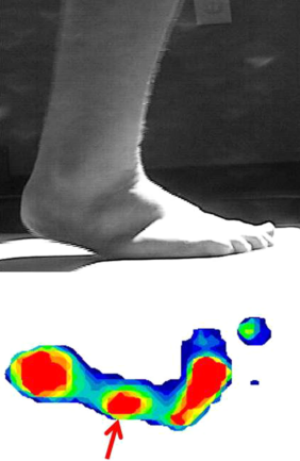 The most extreme example of a chimp-like midtarsal break found in the gaits of 398 subjects.

As many as 1 in 13 people may be walking around with a midtarsal break in their foot characteristic of non-human primates, according to a study in in the American Journal of Physical Anthropology . While everyone has a joint in the middle of their foot, between the ball and the heel, most people have stiff ligaments that keep the joint from bending. In apes, the extra bend allows the foot to grip tree branches. Humans, by contrast, have been thought to have developed more rigid feet to act as a lever to propel us as we walk.

After observing almost 400 adults walking barefoot around the Boston Museum of Science, researchers found that 8 percent of participants had a flexible midtarsal break in their foot, with a plantar pressure signature (where pressure is put on the foot) as had previously only been found in ape footprints.

People with a mid-foot break had flatter feet, and were likely to have a higher BMI than participants with rigid feet. Though the break was obvious to the researchers watching people walk, the subjects themselves were unaware of the difference, and it didn’t affect their gait.

It’s possible that the flexible joint is a vestige of our tree-climbing primate ancestors, but the study’s lead author, Jeremy DeSilva, theorizes that the characteristic could have also popped up more recently due to the way shoes affect our feet. He told New Scientist he plans to test whether or not bendy feet make walking less efficient next.