What If Darwin Had Never Existed?

Imagining a world without the father of evolution 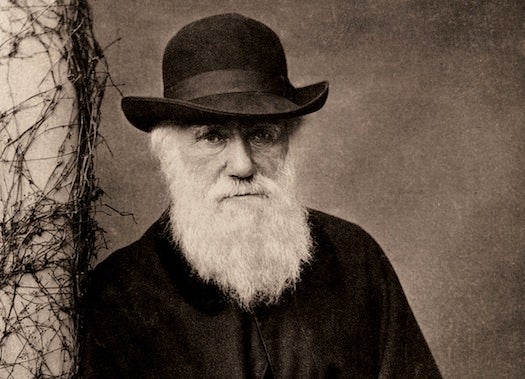 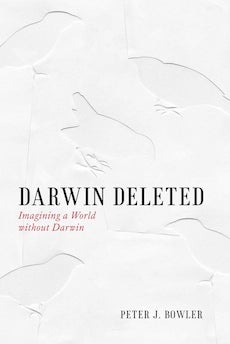 is available on Amazon.

Imagine a dark, stormy night in the South Atlantic at the end of December 1832. Aboard the Royal Navy survey vessel HMS Beagle a young naturalist, racked with seasickness, staggers on deck. A sudden wave makes the ship heel violently, and he is washed over the side. The lookout calls “Man overboard!” but it is too dark to see anything in the churning sea, and the storm is too fierce for the officer on watch to risk turning the ship about. Charles Darwin is gone, and Captain Fitzroy will have to face the task of writing to his family in England to break the news. He will certainly tell them that in addition to their personal tragedy, the scientific community has lost a promising young naturalist who might have achieved great things. But he has no idea that Darwin’s greatest achievement would have been to write one of the most controversial books of the century, a book that Fitzroy himself would have denounced in public: On the Origin of Species.

What would a world without Darwin look like? Many have argued that science would have developed much the same. His theory of evolution by natural selection was “in the air” at the time, an inevitable product of the way people were thinking about themselves and the world they lived in. If Darwin hadn’t proposed it, then someone else would have, most obviously the naturalist we know as the “co-discoverer” of natural selection, Alfred Russel Wallace. Events would have unfolded more or less as we know them, although without the iconic term “Darwinism” to denote the evolutionary paradigm. But Wallace’s version of the theory was not the same as Darwin’s, and he had very different ideas about its implications. And since Wallace conceived his theory in 1858, any equivalent to Darwin’s 1859 Origin of Species would have appeared years later. There probably would have been an evolutionary movement in the late nineteenth century, but it would have been based on different theoretical foundations–theories that were actually tried out in our own world and that for a time were thought to overshadow Darwin’s.

The impact of Darwin’s theory was not limited to science itself.
Darwinism was eventually rescued when the new science of genetics undermined the plausibility of the rival theories of evolution following the “rediscovery” of Mendel’s laws of heredity in 1900. I suspect that in a world without Darwin, it would have taken until the early twentieth century for the theory of natural selection to come to the attention of most biologists. Evolution would have emerged; science would be composed of roughly the same battery of theories we have today, but the complex would have been assembled in a different way. In our world, evolutionary developmental biology had to challenge the simpleminded gene-centered Darwinism of the 1960s to generate a more sophisticated paradigm. In the non-Darwinian world, the developmental model would have been dominant throughout and would have been modified to accommodate the idea of selection in the mid-twentieth century.

Why is this exercise of any interest at all? If biology ultimately develops toward the same end product, why should anyone care about the possibility that the major discoveries might have been made in an order different from the one we actually experienced? As far as science itself is concerned, the topic may well be academic (in the best sense of the term), but there are wider issues at stake. We might have ended up with similar theories, but we would think about them differently if they had emerged at different times, and this would affect public attitudes toward them.

Racism and various ideologies would have flourished just the same.The impact of Darwin’s theory was of course not limited to science itself–it has been seen as a major contributor to the rise of materialism and atheism. Evolutionism offends many religious believers, but of even greater concern is the idea that change is based on chance variations winnowed out by a ruthless struggle for existence. In the eyes of its critics, Darwin’s theory of natural selection inspired generations of social thinkers and ideologues to promote harsh policies known as “social Darwinism.” Creationists frequently claim that Darwin was directly responsible for generating the vision of Aryan racial superiority that inspired the Nazis to attempt the extermination of the Jews. Apparently it is not enough for critics to challenge Darwinism on allegedly scientific grounds–they contend that it is also immoral and hence dangerous. Even if the scientific evidence is tempting, one shouldn’t consider the theory because it would undermine morality and the social order. But should certain ideas in science be ruled out of court whatever the evidence suggests?

My interest in exploring what happens in a world without Darwin is driven by the hope of using history to undermine the claim that the theory of natural selection inspired the various forms of social Darwinism. The world in which Darwin did not write the Origin of Species would have experienced more or less all of our history’s social and cultural developments. Racism and various ideologies of individual and national struggle would have flourished just the same and would have drawn their scientific justification from the rival, non-Darwinian ideas of evolution. This is no mere conjecture, because the real-world opponents of Darwinism were active in lending support to the ideologies most of us now find so distasteful. Science simply cannot bear the burden imposed on it by those who think it can inspire whole social movements–on the contrary, science is shaped by the social matrix within which it is conducted. In the world without Darwin, the horrors would still exist, but the theory of natural selection would not have the bogeyman image associated with it by its critics because it would have been developed too late to play a significant role. We need to think harder about the wider tensions in our culture responsible for the ideologies that came to have the inoffensive Darwin as their figurehead.