At long last, researchers have identified what happens in the nervous system as an itch begins. 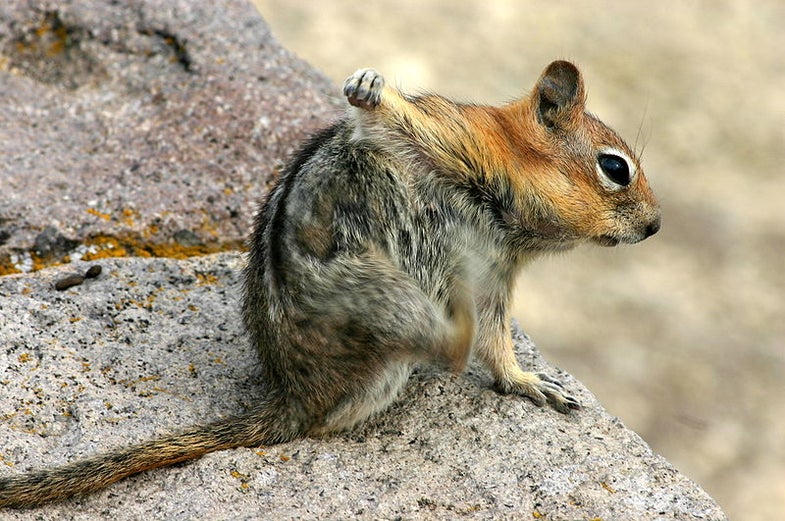 What really causes itching, and how it works, is surprisingly little understood. But researchers at the National Institutes of Health will publish a paper tomorrow in Science that details the discovery of a small molecule released in the spinal cord that triggers the sensation of itching in mice. The culprit molecule is called natriuretic polypeptide b, or Nppb.

Itching was long regarded as simply a less intense form of pain. In 1987, H.O. Handwerker, a German scientist, used histamine to induce itchiness in participants. Those participants itched until they couldn’t take it, but did not feel an increase in pain, suggesting itching and pain were transmitted along different pathways. Then in 1997 a group of researchers from the University of Eerlangen-Nürnberg and the University of Uppsala discovered a nerve fiber that mediates itch sensations in particular.

In 2011, Washington University’s Center for the Study of Itch was opened, touted as the first of its kind in the world to study itch specifically. The Center for the Study of Itch names 2007 as the year where neuroscientists began making more rapid progress in studying itching specifically, finding advances in the field that pain researchers had previously overlooked or ignored. The GRPR peptide receptor, the first itch-specific receptor to be identified, was announced in the June 2007 issue of Nature by researchers at Washington University.

In January 2008, Dr. Gil Yosipovitch, a dermatologist and researcher at Wake Forest University Baptist Medical Center talked to Newsweek about how much progress has been made in understanding itching and scratching.

“What we do know is that the itch doesn’t stand alone. Rather the itch involves not only the skin, but also the spinal cord and the brain. We used to think that the itch shared the same neurological pathway as pain,” Yosipovitch told Newsweek. “But now we know that the itch has its own neural road, if you will. There are actually some nerves in the spinal cord that are itch-specific.”

The NIH study published in this week’s Science further shows the distinctiveness of itch, showing that it’s a “sensation that is uniquely hardwired into the nervous system with the biochemical equivalent of its own dedicated land line to the brain,” according to Mark Hoon, scientist at the National Institute of Dental and Craniofacial Research and senior author of the paper, in a statement. The molecule Nppb was found to be necessary to respond to itchy substances–an itch start switch of sorts– something that previous research suggested was unlikely.

“The larger scientific point remains,” Hoon said in a statement. “We have defined in the mouse the primary itch-initiating neurons and figured out the first three steps in the pruritic pathway. Now the challenge is to find similar biocircuitry in people, evaluate what’s there, and identify unique molecules that can be targeted to turn off chronic itch without causing unwanted side effects. So, this is a start, not a finish.”