What Cannibals Could Teach Us About Evolution

Three recent studies provide a glimpse into nature's most gruesome diet--and what it reveals about evolution. 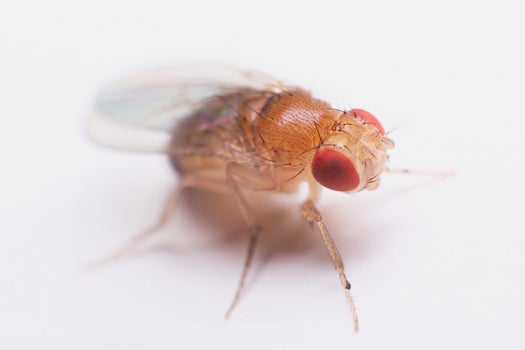 In the past few decades, scientists studying the eating habits of Earth’s creatures have noticed something strange: the babies of several species, from tiger sand sharks to fruit flies, are eating each other.

Thing is, they aren’t freaks of nature. And in fact, the mechanisms behind animal cannibalism are helping scientists ask–and answer–some important evolutionary questions. These three recent studies provide a glimpse into this gruesome diet and what it means for evolution.

Why paternity might still matter after fertilization
Sand tiger sharks have been known to have cannibalistic embryos since the 1980s, when detailed autopsies revealed embryos in the stomachs of other shark embryos. But a new study published in Biological Letters could give some clues as to why.

Female sand tiger sharks aren’t the most faithful–they tend to mate with multiple male partners. And if you’re a male sand tiger shark trying to further your lineage, it’s not just about the speed and strength of sperm. The competition continues even after the eggs turn to embryos. After about five months of gestation, the embryo to first hatch from its egg in utero (the female sand tiger shark has two uteri) begins to feed on its smaller siblings–specifically those fathered by a different male. Some litters may start at 12 but this alpha embryo will eat all but one, leaving its brother or sister from the same mister alive. So despite the litters starting out with various fathers, the offspring that make it through the gestational massacre tend to be from the same father–and they’re large and strong enough to survive potential predators after birth. “It’s exactly the same sort of DNA testing that you might see on Maury Povich to figure out how many dads there are,” Stony Brook University marine biologist and study author Demian Chapman told LiveScience. 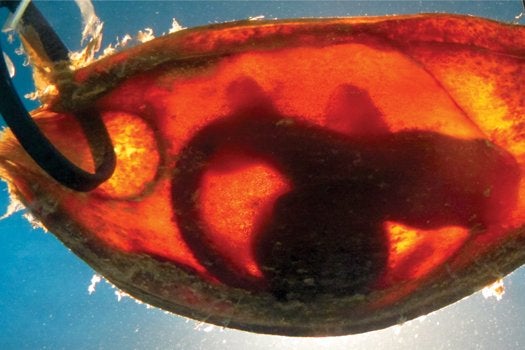 How the shape of the gut affects function
Budgett’s frogs–named for the researcher who discovered them–are pretty horrifying amphibians. Be wary not to scare one, because it can puff up, arch its back and scream “like a cat in pain,” according to the American Museum of Natural History. What’s more, if you try to pick one up, it’ll bite and it can draw blood. In its younger tadpole form, it is no less terrible: the tadpoles, unlike the many algae-feeders, are aggressive and cannibalistic. They will eat their siblings, and therefore their insides are shorter and more complex in order to process protein at such a young age. Scientists at North Carolina State University are now using this phenomenon to try to figure out if the different size and shape of intestines have an effect on digestive function.

Researcher exposed the Budgett’s tadpole embryos and African clawed frog embryos (both share a common ancestor though differ in diets) to molecules that inactivated a multiple genes, causing the Budgett to develop guts like the African clawed, and vice versa. The next step: finding out if the different guts affect feeding habits, or if the Budgett’s tadpoles still eat one another if their guts aren’t developed to digest protein as well. This research could also lead to better diagnosis and prevention of intestinal birth defects. 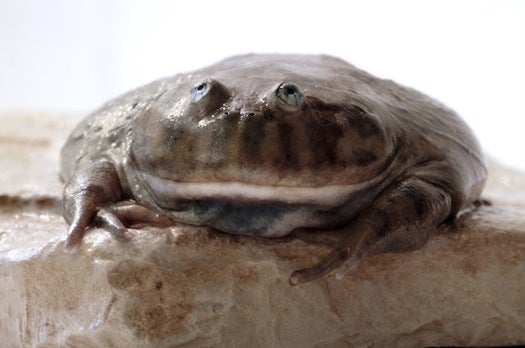 Why herbivores would eat each other
Maggots are not just creepy crawly creatures, we now know they can also be cannibals. Researchers at the University of Lausanne in Switzerland found that in a crowded lab environment, fruit fly maggots tended to hunt, attack and eat one another. Though they typically feed on fruits and vegetables, these maggots will go after the older larvae that are preparing to pupate. This is a strategic move, since when maggots are ready to pupate, they become sluggish and stop eating. These non-carnivores aren’t very well-equipped to attack and eat other creatures, which could explain why it sets off a chemical cue to signal a swarm, inviting fellow maggots to join in the attack and ensuing feast. Using mouth hooks, they break through the protective cuticle and slurp up the insides. Those who were cannibalistic also developed more teeth on their mouth hooks–though researchers aren’t sure if that makes them better at eating each other.

The reason behind all of this stems from the availability of food. Those who were malnourished in the lab were more likely to have cannibalistic tendencies. But the larvae could live and develop normally if all they ever ate were their fellow maggots: a cannibalistic diet was sufficient, though they develop more slowly and don’t grow to be as large. Check out some videos here. Warning: they are (as you might expect) pretty nasty to watch.