Do Female Orgasms Help With Conception? New Study Says No

Another blow to a compelling evolutionary theory. 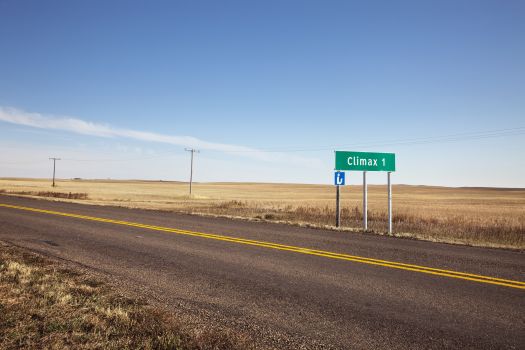 Let me just say this first. Just because it might not have an evolutionary function—or at least one that science can find—doesn’t mean it’s not important, okay?? Okay.

Now for the news. A new study has found no correlation between female orgasms and fertility. This undermines one popular hypothesis for why, evolutionarily, women have orgasms. Women may be more likely to conceive when they orgasm, according to the theory, thus passing on their ability to their offspring. But if frequent orgasmers don’t have any more kids than infrequent orgasmers, then it doesn’t matter. Sigh.

The study is just one in a long history of biologists, psychologists and other scientists seeking to explain the evolutionary origins of female orgasms. Most of the hypotheses people have come up with have been difficult to measure—like, umm, the idea that women’s orgasms “upsuck” semen into the uterus, facilitating conception—so the question remains largely unanswered.

To test the orgasm-fertility hypothesis, two psychologists from the University of Queensland in Australia and Abo Akedemi University in Finland surveyed 8,447 women, including identical twins, non-identical twins and non-twin sisters. The psychologists asked the women how often they had sex, how often they had orgasmed in the last four weeks, how difficult they found it to orgasm and how many biological children they had. The researchers then ran statistical analyses to find correlations between the women’s answers.

By comparing how often identical twins shared traits compared to non-identical sisters, the researchers calculated how much “genetics” and “environment” contributed to different traits. They found that the number of children women have and how often women orgasm are tied to their genes. (Thanks, Mom.) Women’s environment, on the other hand, affected how many children they had, but not how often they orgasmed.

The researchers also found a weak correlation between how often women orgasmed and how many children they had, which seemed to suggest that the big O does matter, evolutionarily speaking. But! When the researchers looked at their data in more detail, they found that the correlation was weaker in identical twins than in non-identical sisters. If there were a genetic connection between orgasming and offspring number, you’d expect the correlation to be tighter with identical twins than with sisters who share less genetic material.

So it seems female orgasms will have to remain mysterious for a few years more.

There are some potential weaknesses to this study. With modern-day contraception, most families have very few children, anyway, so perhaps in the past, orgasm rate and offspring number were better correlated. A better future study should ask about women’s contraception use, the Australian-Finnish pair wrote in their paper, which the journal Animal Behavior published this week.

What about other hypotheses for the mysterious female orgasm? Two years ago, the same pair of psychologists published a study with evidence against another popular idea, that the female orgasm is an evolutionary byproduct of male orgasms, the way male nipples are a kind of side effect of the body plan that builds female nipples. As the researchers admitted in their paper, corroborating studies are needed to see if this one finding is reproducible.

There’s also the idea that women’s orgasms strengthen their relationships with their partners, providing their kids with a stable family. None of the team’s work has addressed that hypothesis, but maybe they’ll take aim at that next.