Geologists are searching for when the Earth took its first breath

The planet's early oxygenation events were more like rollercoaster rides than spikes. 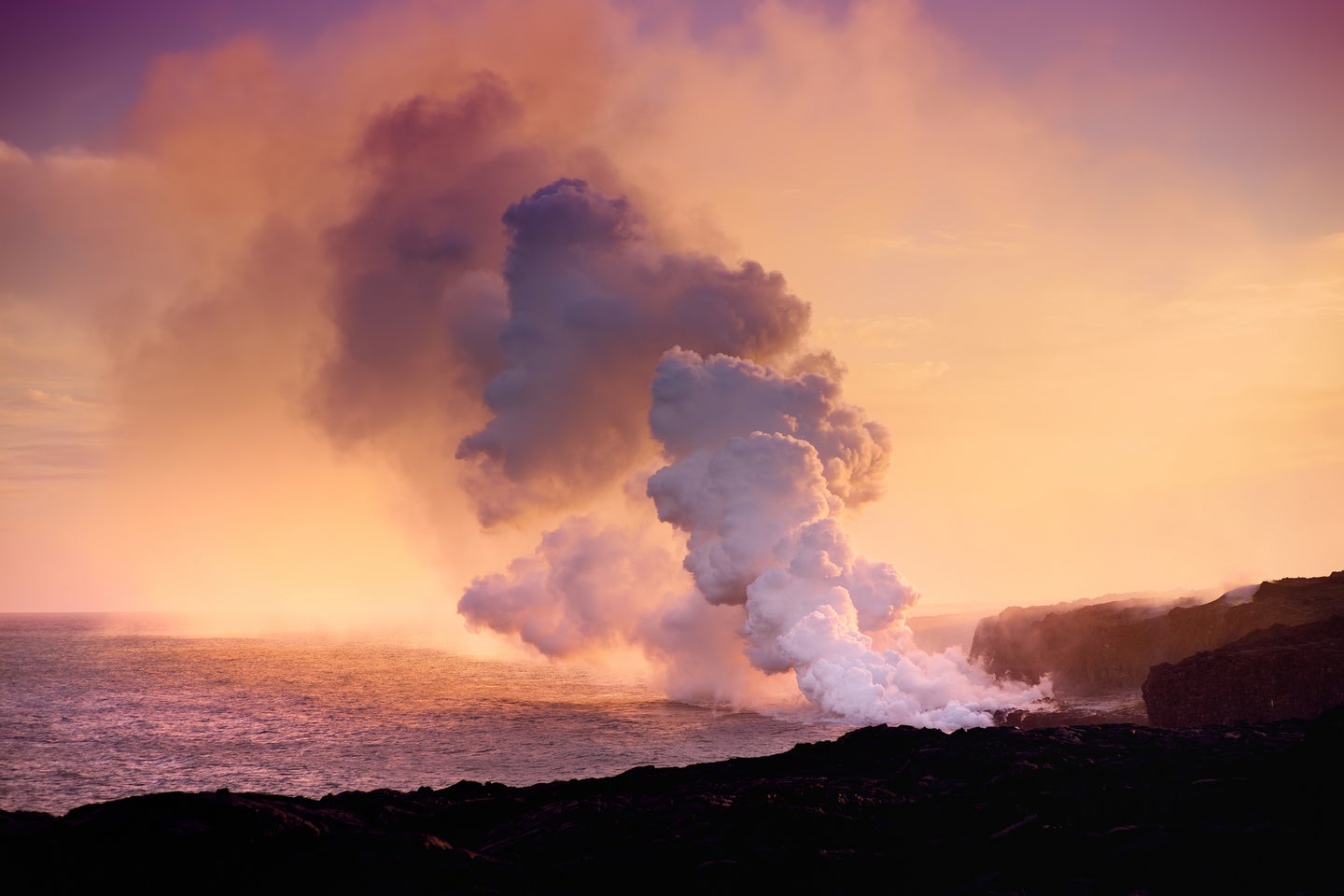 At first the Earth's atmosphere was filled with helium and volcanic emissions. Then it slowly got doses of oxygen from the oceans and tectonic activity. Deposit Photos
SHARE

Many eons ago, the Earth was a vastly different place from our home. A great supercontinent called Rodinia was fragmenting into shards with faintly familiar names like Laurentia, Baltica, and Gondwanaland. For a time, Earth was covered, in its entirety, by sheets of ice. Life was barely clinging onto this drastically changing world.

All this came from the chapter of our planet’s history that scientists today have titled the Neoproterozoic Era, which lasted from roughly 1 billion to 540 million years ago. The long stretches of time within its stony pages were a very distant prelude to our world today: a time when the first animals stirred to life, evolving from protists in ancient seas.

Just as humans and their fellow animals do today, these ancient precursors would have needed oxygen to live. But where did it come from, and when? We still don’t have firm answers. But experts have developed a blurry snapshot of how oxygen built up in the Neoproterozoic, published today in the journal Science Advances. And that picture is a bumpy ride, filled with periods of oxygen entering the atmosphere before disappearing again, on repeat, in cycles that lasted tens of millions of years.

To look that far back, you have to throw much of what we take for granted about the modern world right out the window. “As you go further back in time, the more alien of a world Earth becomes,” says Alexander Krause, a geologist at University College London in the United Kingdom, and one of the paper’s authors.

[Related: Here’s how life on Earth might have formed out of thin air and water]

Indeed, after the Earth formed, its early atmosphere was a medley of gases burped out by volcanic eruptions. Over several billion years, they coated our planet with a stew of noxious methane, hydrogen sulfide, carbon dioxide, and water vapor.

That would change in time. We know that some 2.3 billion years ago, microorganisms called cyanobacteria created a windfall of oxygen through photosynthesis. Scientists call these first drops of the gas, creatively, the Great Oxygenation Event. But despite its grandiose name, the juncture only brought our atmosphere’s oxygen to at most a small fraction of today’s levels.

What happened between then and now is still a murky question. Many experts think that there was another oxygenation event about 400 million years ago in the Paleozoic Era, just as animals were starting to crawl out of the ocean and onto land. Another camp, including the authors of this new research, think there was a third event, sometime around 700 million years ago in the Neoproterozoic. But no one knows for sure if oxygen gradually increased over time, or if it fluctuated wildly.

That’s important for geologists to know, because atmospheric oxygen is involved in virtually every process on Earth’s surface. Even if early life mostly lived in the sea, the upper levels of the ocean and the atmosphere constantly exchange gases.

To learn more, Krause and his collaborators simulated the atmosphere from 1.5 billion years ago until today—and how oxygen levels in the air fluctuated over that span. Though they didn’t have the technology to take a whiff of billion-year-old air, there are a few fingerprints geologists can use to reconstruct what the ancient atmosphere might have looked like. By probing sedimentary rocks from that era, they’re able to measure the carbon and sulfur isotopes within, which rely on oxygen in the atmosphere to form.

Additionally, as the planet’s tectonic plates move, oxygen buried deep within the mantle can emerge and bubble up into the air through a process known as tectonic degassing. Using information on tectonic activity from the relevant eras, Krause and his colleagues previously estimated the history of degassing over time.

By putting those scraps of evidence together, the team came up with a projection of how oxygen levels wavered in the air until the present day. It’s not the first time scientists have tried to make such a model, but according to Krause, it’s the first time anyone has tried it over a billion-year timescale. “Others have only reconstructed it for a few tens of millions of years,” Krause says.

He and his colleagues found that atmospheric oxygen levels didn’t follow a straight line over the Earth’s history. Instead, imagine it like an oxygen roller coaster. Across 100-million-year stretches or so, oxygen levels rose to around 50 percent of modern levels, and then plummeted again. The Neoproterozoic alone saw five such peaks.

Only after 540 million years ago, in the Paleozoic Era, did the atmosphere really start to fill up. Finally, close to 350 million years ago, oxygen reached something close to current-day levels. That increase coincided with the great burst of life’s diversity known as the Cambrian Explosion. Since then, while oxygen levels have continued to fluctuate, they’ve never dropped below around 60 percent of the present.

“It’s an interesting paper,” says Maxwell Lechte, a geologist at McGill University in Montréal, who wasn’t involved in the research. “It’s probably one of the big contentious discussion points of the last 10 years or so” in the study of Earth’s distant past.

It’s important to note, however, that the data set used for the simulation was incomplete. “There’s still a lot of rock out there that hasn’t been looked at,” says Lechte. “As more studies come out, they can probably update the model, and it would potentially change the outputs significantly.”

The obvious question then is how oxygen trends left ripple effects on the evolution of life.After all, it’s during that third possible oxygenation event that protists began to diversify and fan out into the very first animals—multicellular creatures that required oxygen to live. Paleontologists have found an abundance of fossils that date to the very end of the era, including a contested 890-million-year-old sponge.

Astronomers might take note of this work, too. Any oxygenation answers have serious implications for what we might find on distant Earth-like exoplanets. If these geologists are correct, then it’s evidence that Earth’s history is not linear, but rather bumpy, twisted, and sometimes violent. “These questions that this paper deals with represent a fundamental gap in our understanding of how our planet actually operates,” says Lechte.