Ancient fungi may have laid the groundwork for complex life 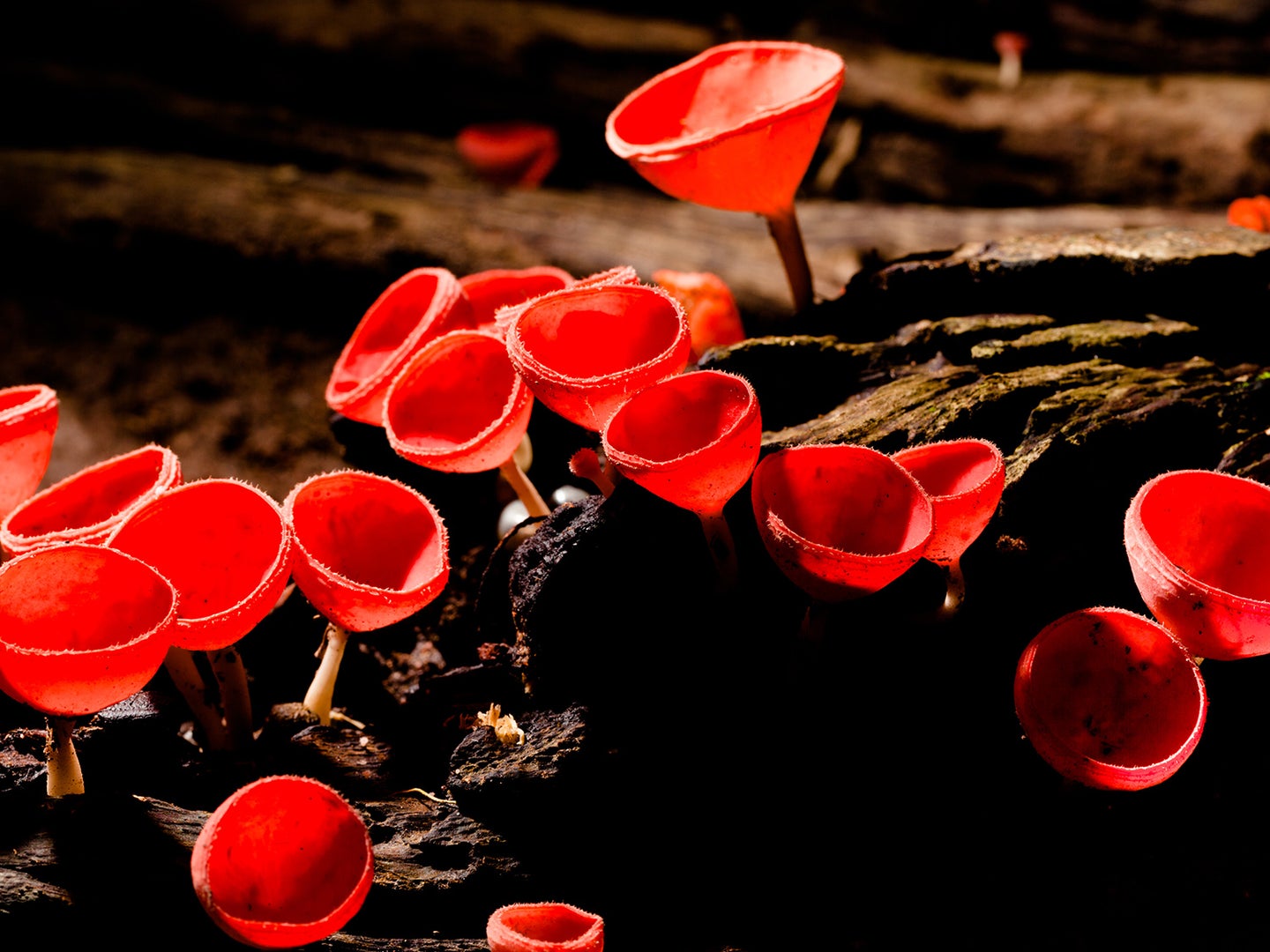 Because of their delicate organic and decomposing nature, fossilized fungi are extremely rare. So rare, in fact, that a new discovery has just pushed back the earliest evidence of fungi by at least 500 million years—doubling their age.

Until now, the oldest confirmed fungal fossils dated to around 450 million years ago—about the same time that plants migrated from sea to land. One of the most famous fossilized fungi from this period is the Prototaxites, which could grow up to eight meters tall—leading to its misidentification for many years as a tree.

But previous examination of the fungal “molecular clock,” using DNA-based methods, suggested that fungi may have evolved much earlier, between 760 million and 1.06 billion years ago. Extracted from Arctic Canadian shales, the newly discovered billion-year-old fossilized fungal spores and hyphae (long thin tubes) plug the gap in the fossil record and suggest that fungi may have occupied land well before plants.

The fungal fossils were found in rocks that were probably once part a shallow-water estuary. Such environments are typically great for fungi thanks to nutrient-rich waters and the build up of washed-up organic matter to feed on. The high salinity, high mineral and low oxygen content of these ancient coastal habitats also provided great conditions to perfectly preserve the tough chitin molecules embedded within fungal cell walls that otherwise would have decomposed.

While it’s not certain whether the newly-discovered ancient fungi actually lived within the estuary or were washed into the sediments from the land, they show many of the distinctive features you’d expect in modern terrestrial fungi. The germinating spores are clearly defined, as are the branching, thread-like tubes that help fungi explore their environment, named hyphae. Even the cell walls are distinctively fungal, being made up of two clear layers. In fact, if you didn’t know they were so old, you’d be hard-pressed to distinguish them from modern fungi.

As you might imagine from their ancient origins, fungi have played a critical role in shaping Earth’s terrestrial biosphere over the last billion years. The first plants to emerge onto land 500 million years ago formed intimate partnerships with fungi. Lacking roots, these early plants relied on their fungal partners to grow inside them and spread outwards into the primordial mineral soil. In a process known as biological weathering, fungal hyphae would secrete organic acids to dissolve rocks and extract nutrients held within. In return, the plants would transfer nutrients produced through photosynthesis to the fungi.

This exchange of resources between early plants and fungi powered the growth, evolution and diversification of Earth’s flora into ever more complex species, communities and ecosystems, and remains the norm today. Over 90% of land plants associate with a fungal partner of one type or another, and some are entirely dependent on fungal assistance to survive.

The symbiotic rise of land plants and their fungal partners also had dramatic effects on our atmosphere. Now with abundant access to mineral-based energy building blocks, plants evolved more efficient mechanisms for photosynthesis to capture this energy, for example through better control of the movement of carbon dioxide and water into and out of leaves. Over millions of years, this increased absorption of carbon dioxide produced a massive rise in oxygen concentrations, supporting the emergence of much larger, more complex animal life than the tiny insect-like life forms that previous oxygen levels could support.

From there, the evolutionary story is clear. But in showing that fungi probably arrived on land 500 million years before plants, the new fossil evidence raises fundamental questions about the start of this symbiotic journey.

It was previously thought that plants made the transition to terrestrial life simultaneously with aquatic fungal partners, but the new discovery opens up the possibility that Earth’s lands may have been already being prepared for successful plant life for hundreds of millions of years. Dissolving mineral-rich rocks and secreting carbon-based organic acids, we know that fungi were extremely important in converting barren lands into the fertile, carbon-rich soils we know today. It could be that the emergence of plant life was only made possible by aeons of groundwork by ancient fungal forefathers.

The outstanding challenge for scientists now is to resolve with certainty whether these ancient fungi were terrestrial in origin, and pinpoint their placement on the evolutionary tree of life. With the focus now on finding further fossil fungi, our understanding of the evolution of the early biosphere will make leaps and bounds.

What is already clear is that without fungi, we would not exist. Playing a vital role in the maintenance of healthy ecosystems across the planet, from the Antarctic deserts to the tropical rainforests, fungi underpin all life on Earth today. Now, it appears we may have another 500 million years to thank them for.

Katie Field is an Associate Professor in Plant-Soil Processes at the University of Leeds. This article was originally featured on The Conversation.