Frozen Siberian microbes just woke up from a 24,000-year nap—and immediately got busy

The microscopic organisms wasted no time cloning themselves. 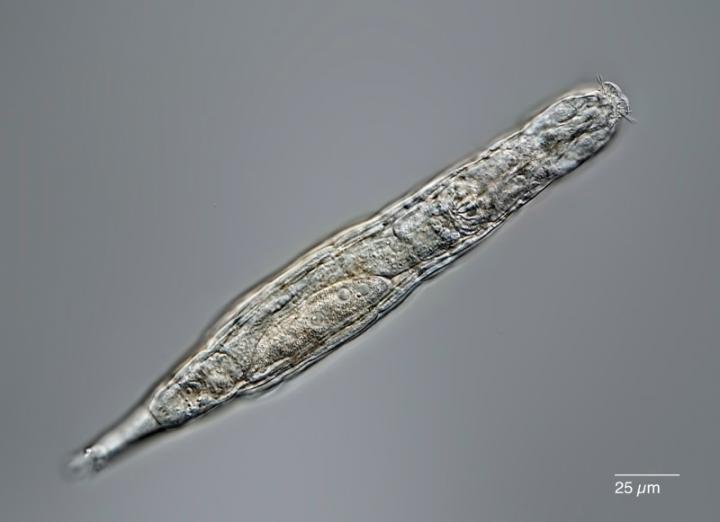 Tiny microscopic organisms came back to life after they thawed out.
SHARE

In 2015, a team of scientists extracted a core of frozen sediment from the permafrost in northern Siberia, near the Arctic Ocean. After getting thawed out in the lab, tiny microscopic organisms from that soil, called bdelloid rotifers, wriggled back to life—following what could be described as a 24,000-years-long nap, according to new research published in the journal Current Biology.

“It’s like a tale of Sleeping Beauty,” says coauthor Nataliia Iakovenko, a biologist at the University of Ostrava in the Czech Republic. Except instead of one hundred years of dormancy, these bdelloid rotifers were most recently kicking around in the Late Pleistocene. And instead of a cursed princess, we’re talking about some extremely hardy worm-like invertebrates, about a third of a millimeter in size, which do not exist in male form and reproduce by cloning themselves.

“The important message is these molecular mechanisms which help them to survive have a very long expiration date,” says Iakovenko.

When the researchers collected the permafrost samples, they used drilling and trimming techniques that helped reduce the risk of inadvertent mixing with modern-day microbes. To pinpoint the rotifers’ age, the scientists took adjacent material from the core and sent it to a lab in Arizona for radiocarbon dating, which revealed an age of 23,960 to 24,480 years. Meanwhile, the rotifers themselves, along with other soil organisms, sprung to life in the lab after defrosting into balmy 64-degree conditions. For contrast, when the researchers removed them from the permafrost the temperature of the frozen sediment was 21 degrees Fahrenheit, and average temperatures for the permafrost sit at around 14 degrees Fahrenheit.

These creatures can survive this type of extreme scenario because they are adapted to frequent or irregular drying or freezing, says Stas Malavin, a coauthor on the study and a researcher at the Institute of Physicochemical and Biological Problems in Soil Science in Russia. “From previous research on rotifers, we know that they are very tough animals, they can resist many different harmful conditions.” When frozen like this, the rotifers’ state can be compared to clinical death, says Malavin—but one that’s reversible.

This study is “one of very few studies that have demonstrated multi-thousand year survival of a eukaryote, an organism whose cells have a nucleus, wrote Peter Convey, a terrestrial ecologist at the British Antarctic Survey, in an email to Popular Science. Previous research has suggested that nematodes can survive for even longer, at over 40,000 years, while several studies on moss, for example, also found lengthy (though far shorter) survival times. Rotifers, tardigrades (or “water bears”) and nematodes are known for cryptobiosis, says Convey, meaning they can survive in a “suspended” state when exposed to serious stressors like sub-zero temperatures or desiccation.

“I guess one of the largest challenges with any such studies is that of contamination,” wrote Convey, who was not involved in the research. In other words, “how can you be absolutely sure that nothing has had the chance to percolate down through the [soil] over time, or how to be sure there have not been any events disturbing the continuity of permafrost over this time.”

These new findings, Malavin says, will help researchers figure out what specific mechanisms allow organisms to preserve themselves in such fatal conditions. Further research could eventually contribute to scientists’ understanding of how to better preserve human or endangered species sperm, says Malavin, or transplanted human organs like hearts, which can currently only be preserved for very short time periods.

While these rotifers may have technically survived for 24,000 years, their normal lifespan is quite brief. “Can you imagine,” Iakovenko mused, “that they can survive for 24,000 years frozen, but then they just live one month and die?”