From the atomic level to the planetary, these three scientists sorted meaning from chaos. 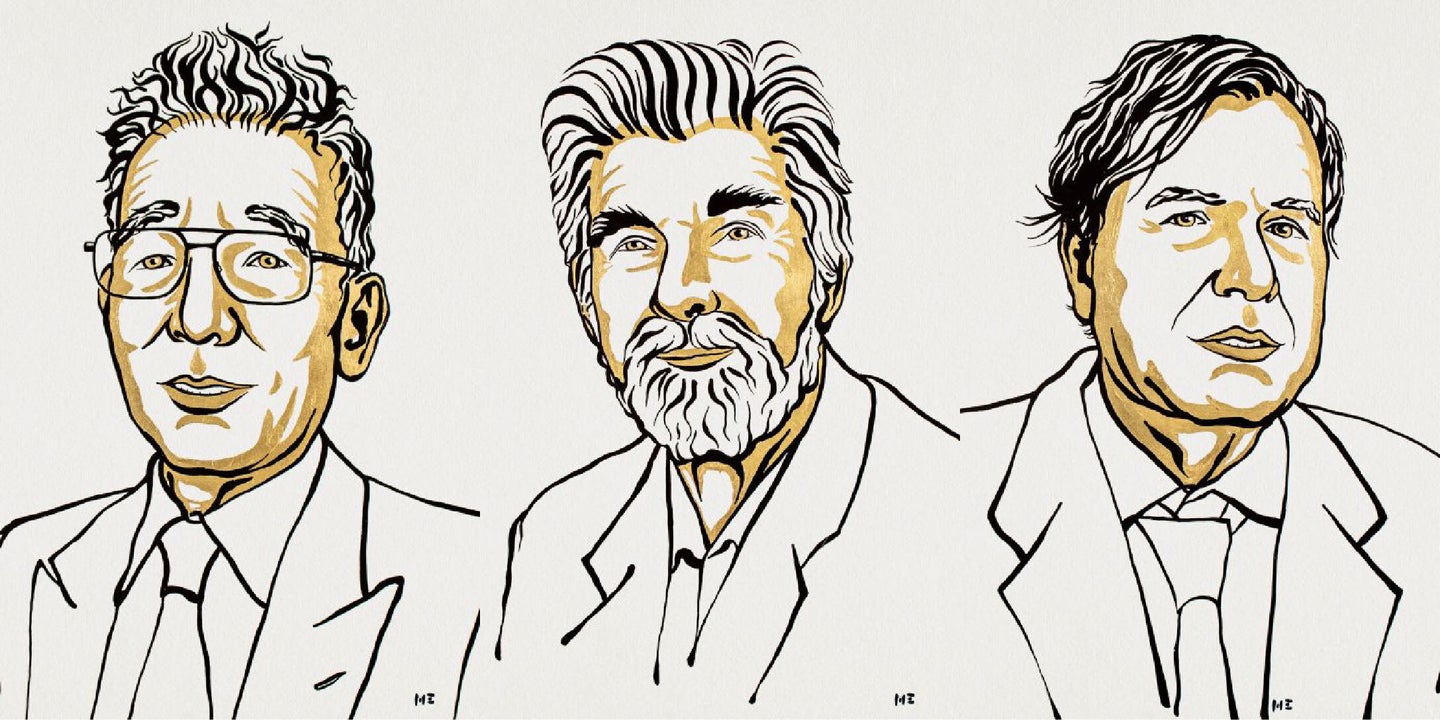 The 2021 Nobel Prize in Physics was awarded to Syukuro Manabe, Klaus Hasselmann, and Giorgio Parisi for their contributions to how we understand complex physical systems, such Earth’s climate, as well as the phenomenon of climate change. Manabe and Hasselmann share one half of the award, and Parisi received the other half.

The universe’s systems of matter seem almost miraculously complex, and even more astonishing than their complexity is their apparent simplicity. Even something as banal as the weather report is an inestimably intricate part of a series of predictions based on millions of years’ worth of patterns. Manabe, Hasselmann, and Parisi sorted through the chaos of a constantly evolving environment to find reliable patterns, separating the signal from the noise, and finding structure within the randomness from the atomic level to the planetary. Manabe and Hasselmann won for their work on physical modeling of Earth’s climate and reliably predicting global warming; Parisi discovered of the hidden patterns in disordered, complex systems that make it possible to describe seemingly random phenomena through these rules.

Syukuro Manabe, a meteorologist and climatologist at Princeton University, showed how higher concentrations of carbon dioxide in our atmosphere lead to increased temperatures of the Earth’s surface. In 1960, he spearheaded physical climate models, becoming the first person to probe the interaction between radiation balance (radiation coming into versus off of the planet) and the vertical movement of air masses within the atmosphere. Working with a simplified model, Manabe found that carbon dioxide levels increased global surface temperature by over 2°C, while oxygen and nitrogen had virtually no effects on it.

This model verified that carbon dioxide, as opposed to solar radiation, caused this surface temperature increase—temperatures close to the ground rose while atmospheric temperatures dropped. Were this change due to solar radiation, the entire atmosphere should warm simultaneously. From this insight, Manabe moved on to a groundbreaking three-dimensional model, which he published in 1975.

[Related: Nobel Prize awarded to researchers who parsed how we feel temperature and touch]

While Manabe was focusing on carbon dioxide in the atmosphere, Hasselmann, a professor at the Max Planck Institute for Meteorology, fixed his gaze on climate and weather. Weather fluctuates wildly every day, whereas climate is the average of weather conditions. Because weather varies so quickly, it’s difficult to calculate. About ten years after Manabe, Hasselmann created a stochastic weather model, meaning a model that accounts for chance. But he went a step further—he also developed methods to account for human impact on the climate. Those methods have allowed researchers to link climate, weather, and human intervention into complex climate models.

About 1980, Giorgio Parisi, a theoretical physicist at Rome’s Sapienza University, demonstrated a greater principle underlying systems like the climate, showing that the randomness of some phenomena belie a web of hidden rules. Parisi explored the nature of a particular kind of matter called spin glass. Spin glass is an alloy, a composite metal made of two or more metal elements. For example, one type of spin glass is iron atoms randomly mixed into a grid of copper atoms. These few iron atoms alter the material’s overall magnetic properties. Each atom behaves like a magnet, or spin, and usually all the spins point in the same direction. But in spin glass, the spin is frustrated, which means some spin pairs want to point in one direction while other pairs want to point in the opposite direction. In his book, Parisi likens this atomic behavior to a Shakespeare tragedy. Think of Romeo and Juliet: While they love one other, each receives opposing signals from their family to despise the other. Their attraction is stymied by family pulling them in different directions.

Spin glass is the basis for many complex models, and in 1979 Parisi applied something called a replica trick to a spin glass model problem. A replica trick is a mathematical technique that processes many replicas of a system at once, which had been impossible for physics. Parisi found a clandestine structure in the replicas and used it to solve a spin glass problem. His work on spin glass altered not only physics but also mathematics, biology, neuroscience, and machine learning. This research also relates back to the climate system.

The Nobel Committee underscored that this year’s award not only recognizes enormous scientific contributions, but also entreats world leaders to quickly move to prevent further effects of climate change. “We have to act now in a very fast way,” Parisi commented during the press conference.

The Nobel Prizes are awarded each year in October in a number of categories; the main ones in science are medicine and physiology, physics, and chemistry. Last year’s prize in physics went to Roger Penrose for his discovery that black hole formation is a robust prediction of the general theory of relativity, and to Reinhard Genzel and Andrea Ghez for the discovery of a supermassive compact object at the center of our galaxy.