This ‘crazy beast’ is unlike any mammal we’ve ever seen

It’s the weirdest of the weird. 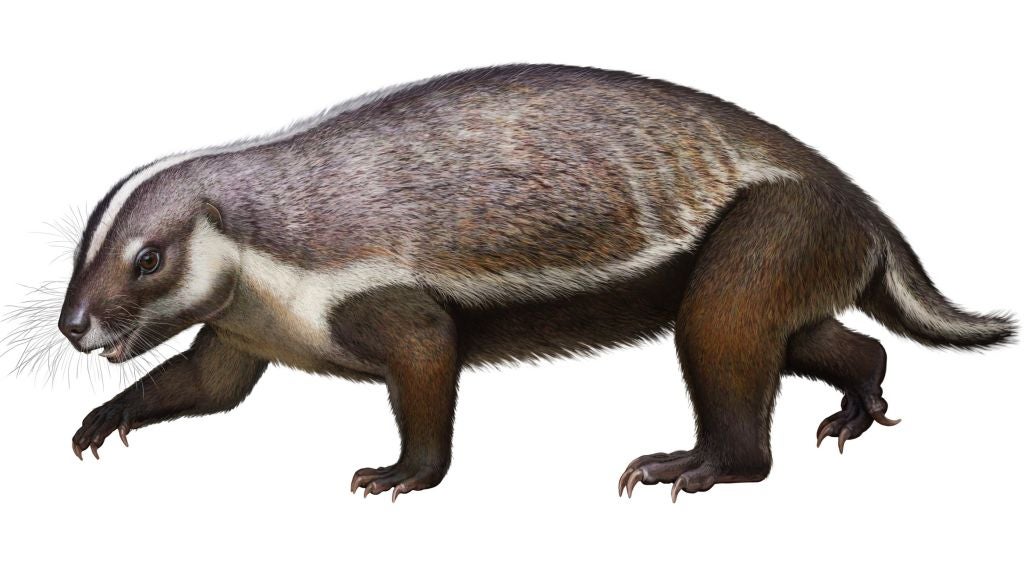 The world is already full of zany animals, from giant murder hornets to freaky deep-sea creatures. But some of the organisms that wandered around Earth in the distant past look downright alien in comparison. A new study in the journal Nature highlights a particularly kooky-looking Cretaceous-era mammal, the remains of which spent years in storage buried beneath a hum-drum crocodile fossil.

Adalatherium hui, which means “crazy beast” in a mix-up of Malagasy and Greek, roamed around Madagascar some 70 million years ago, and is a part of a relatively unknown group of mammals called gondwanatherians. This group of animals was named after their ancient homeland Gondwana, the lower half of the ancient continent Pangea, which once served as the one-and-only landmass on Earth.

When the giant hunk of rock finally started to break apart some 180 million years ago, Gondwana moved south with the chunks we now know as South America, Africa, Australia, Antarctica, India, and Madagascar. As Madagascar eventually floated away, the “crazy beast” got its chance to blossom into the odd creature described in the study.

“We named it [crazy beast] because it perplexed us for so long, it really drove us crazy,” says study author David Krause, a vertebrate paleontologist at the Denver Museum. Matt Lamanna, a paleontologist at the Carnegie Museum of Natural History who was not involved in the study, confirms that the critter “is totally freaking bananas.”

The animal might not have looked that odd at first glance—it was probably fairly similar to a modern badger, in terms of appearance—but things get very weird when you look beneath the surface.

“You can have the strangest of skeletons, but once you put some flesh and fur on it, it doesn’t look that strange,” Krause says.

The skull of the beast, for instance, features funky holes atop the snout. “We have no idea what they were used for,” says Krause. Its teeth include two huge, open-rooted upper incisors, unlike any other known mammal. And while the animal’s front legs are pretty typical for its kind, Krause says, its hindquarters look more like something you’d find on a reptile, with limbs splayed out to the side.

Gondwana is a pretty mysterious place when it comes to studying animal remains. Most modern-day paleontology has focused on stuff found in what’s now Europe, North America, and Asia, Lamanna says—the remnants of the northern mega continent, Laurasia. Given millions of years to evolve on their own, the creatures of the ancient southern hemisphere look bizarre when compared to Laurasian beasts.

But this newly-described creature is even weirder than other gondwanatherians, and with good reason: While the ancestors of this group all originally roamed throughout Gondwana, Adalatherium hui existed some 20 million years after Madagascar split off on its own. That gave the species plenty of time to evolve unique quirks while most of their cousins wound up on larger land chunks like Africa.

The next step is attempting a full documentation of the wild beast’s behaviors. That means research into how these critters skittered around ancient Madagascar with their lizard-like hind legs, and what they might’ve used their crazy teeth and swiss-cheese skulls for.

Because this is the best representation of a gondwanatherian mammal found so far, the unusual fossil can also give us more insight into its funky cousins—the creatures that once dug across the southern half of the planet.