Space diamonds sparkle from the wreckage of a crushed dwarf planet 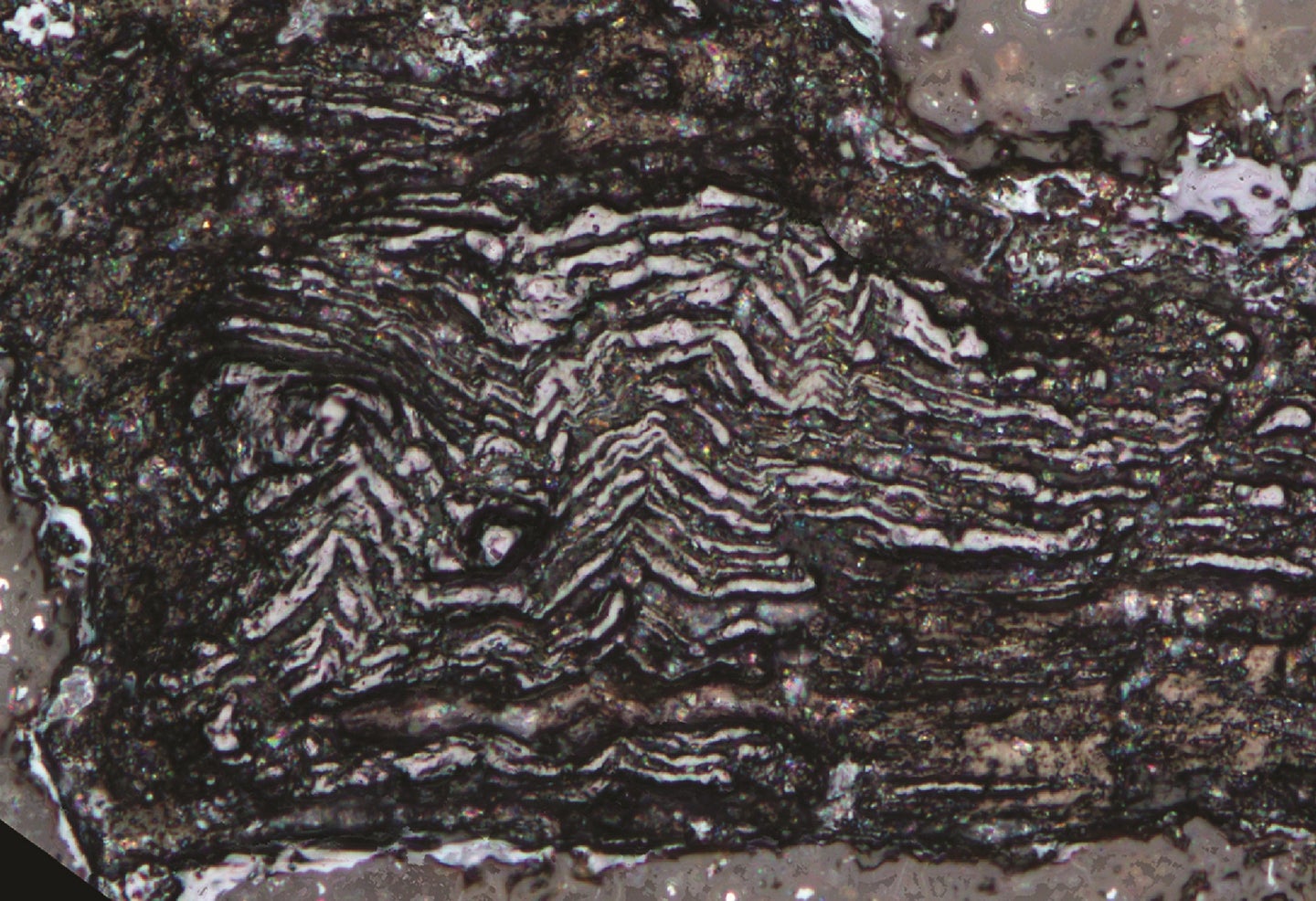 A closeup of the Ionsdaleite diamond's complex folded structure, which may add to its toughness. Andy Tomkins
SHARE

Today, our solar system is fairly stable. There are eight planets (sorry, Pluto) that keep constant orbit around the sun, with little risk of being crushed by asteroids. But it wasn’t always that way.

Some 4.5 billion years ago, as the solar system was just forming, large chunks of rocks frequently collided with slow-growing dwarf planets. The results were often cataclysmic for both bodies, reducing them to debris that still pummels Earth today. But sometimes those violent collisions yielded the creation of something shiny and new—perhaps even diamonds.

That’s likely what happened when an asteroid smashed a dwarf planet into smithereens in those earliest days of the solar system, according to a new paper published this week in the journal Proceedings of the National Academy of Sciences. The collision was so violent, the authors say, that it triggered a chain of events that transformed graphite from the dwarf planet’s mantle into diamonds now found in meteorites.

The explosive process through which these space gems formed, the researchers say, might even inspire a method to make lab-grown diamonds that are tougher than the ones people mine.

“We always say a diamond is the hardest material. It’s natural, nothing we’ve been able to make in the lab is harder than diamond. Yet, there have been hints of research over the years that there are forms of diamond that appear to actually be harder than single-crystal diamonds. And that would be immensely useful,” says Laurence Garvie, a research scientist in the Center for Meteorite Studies at Arizona State University, who was not involved in the new research. “Here’s a hypothesis that may add a new understanding of how these materials are formed.” And such a possibility, he adds, is tantalizing for all kinds of industrial and consumer uses.

On Earth, diamonds emerge when carbon deposits are subjected to high pressure and high temperatures, typically from the geo processes rumbling deep under the planet’s crust. But that explanation never made sense for a carbon-rich meteorite, called a ureilite, that’s mysteriously filled with space diamonds. It takes a fair amount of mass to exert enough pressure on the carbon, Garvie explains, much more than the dwarf planet that these ancient rocks probably came from. Instead, some meteoriticists have proposed that shock from an impact triggered the transformation.

But shock alone doesn’t completely explain the crystals in the ureilites, says Alan Salek, a physics researcher at the Royal Melbourne Institute of Technology and one of the authors on the new paper. For example, the meteorites’ diamonds are much larger than any created in laboratory experiments that mimicked the proposed conditions, he says.

Furthermore, scientists have found inconsistencies in the urelites’ composition. Some don’t appear to have any hints of diamonds. Others contain carbon crystals that look notably different from engagement ring stones: The structures have more folds, with atoms that appear to be hexagonal rather than cubic. Those extra sides are thought to make the material harder.

But as Andrew Tomkins, a geoscientist at Monash University who led the latest research, writes in an email to Popular Science, “of course everyone knows that diamond is very hard, so it should be impossible to fold.”

After studying the atomic properties of the carbon in ureilites, Tomkins, Salek, and their colleagues devised a scenario they say can explain all of the gems’ quirks. The story goes that when an asteroid slammed into a dwarf planet in the active early solar system, it barreled deep into the ureilite parent body and triggered a sequence of events.

The dwarf planet contained folded graphite in the dwarf planet. Once the asteroid hit, the violent collision released pressure from the mantle, much like when you twist the lid off a soda bottle, Tomkins explains. This rapid decompression caused a bit of the mantle to melt and release fluids and gases, which then reacted with minerals. The activity forced the folded graphite in the planet to transform into the hexagonal crystals. Later, as the pressure and temperature dropped, regular cubic diamonds formed, too.

The hexagonal structure of the crystals are still the subject of some controversy. Some scientists argue that the shape makes them a different kind of diamond known as lonsdaleite. The gem was first identified in Crater Diablo in Arizona in 1967, and has since been found at other impact sites around the world. Others have suggested that the material is something like a snapshot of disordered diamond formation. Garvie and his colleagues have given alternate explanations, such as diamonds with graphine-like intergrowths. But Salek and Tomkins say their new research definitively proves that the ureilite-based gems are indeed hexagonal diamonds, and therefore, should be classified as lonsdaleite.

However it’s defined, scientists tend to agree that this substance could have valuable properties. One attempt to recreate lonsdaleite indirectly measured the material to be 58 percent stronger than its cubic counterpart.  If the substance can be made artificially in a laboratory, Garvie says “the possibilities are endless,” describing potential uses for protective coatings on, say, an iPhone or a camera lens. Salek suggests creating saws and other cutting implements with blades so hard that they can’t get dull.

The crystals Salek and Tomkins found, however, are just about 2 percent of the size of a human hair. So don’t expect to profess your love with a rare ureilite diamond anytime soon. But, Salek adds, “the hope is to mimic the process [from space] and make bigger ones.”