The truth about tofu—and other fun facts from The Weirdest Thing I Learned This Week. 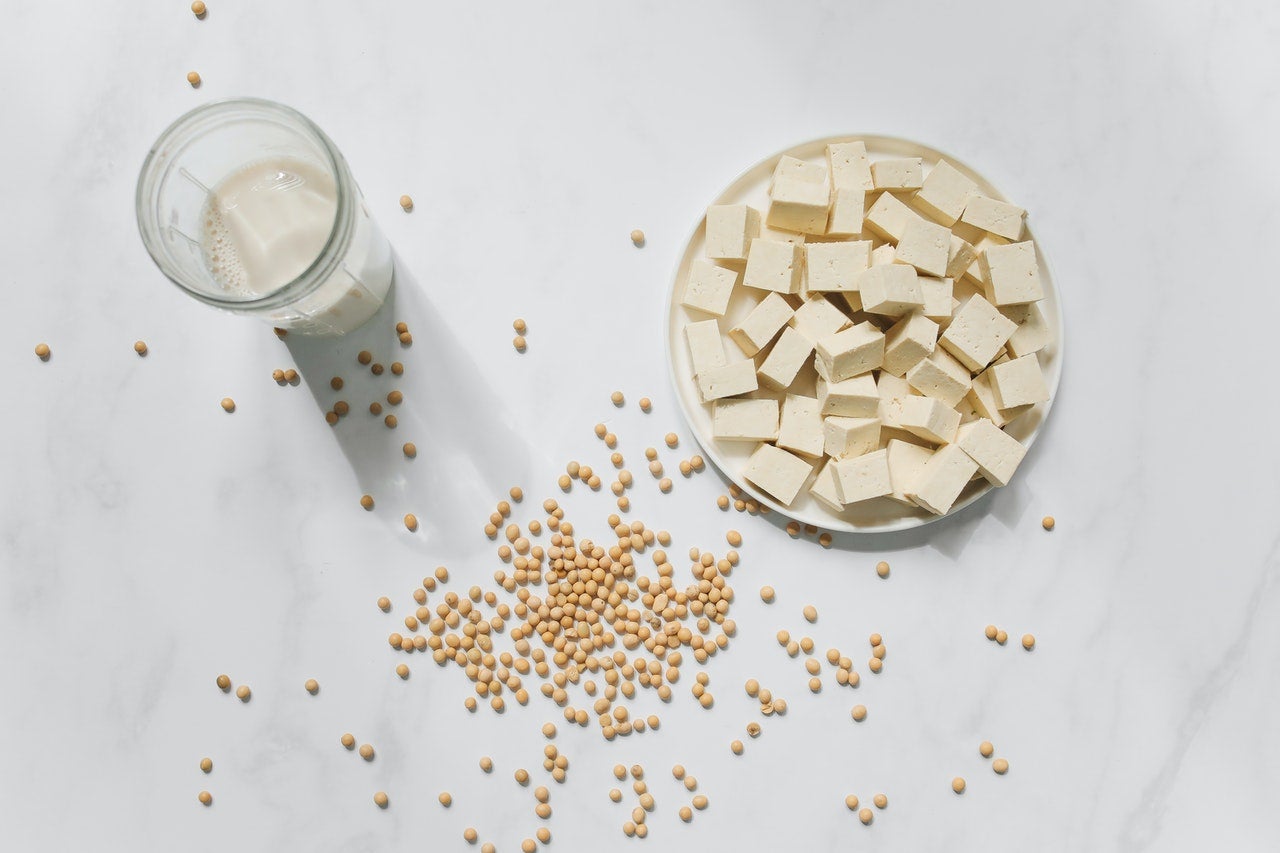 FACT: Eating tofu will not make you grow boobs

The myth that soy is feminizing is so pervasive that even I, a person whose job is to read and learn about science, was still kind of unsure whether it was actually a myth or not when I set out to research this week’s episode. I was pretty sure it wasn’t true… but there was some part of me that had heard it so often that I just wasn’t sure.

In some corners of the internet, you can still find folks harping on about how soy is bad for cis-men because it gives them boobs (the technical term is gynecomastia), or just that it makes you more feminine in some inexplicable generalized way. You’ll find plenty of articles on “soy’s negative effects” asking whether soy increases estrogen in males. The idea here is that soy has a lot of isoflavones, which are a chemical with a structure very similar to estrogen. Ergo, soy acts like estrogen in the body. Except that it doesn’t—at least not in any meaningful way.

It’s wild that we ever accepted this as any kind of fact, given that there are large swaths of the world that eat lots of soy on a regular basis.

Part of the issue may be that most people don’t realize how common gynecomastia is. At least 30 percent of cisgender men will get it at some point in their lives, and by some estimates, roughly 65 percent of cis-men could develop it.

There are a variety of reasons for this, and truth be told there are still a lot of mysteries about it, but for most men the condition eventually goes away on its own. For some, the issue is a hormone imbalance. Though we’re used to thinking of the sex hormones in a “testosterone is for men, estrogen is for women” kind of way, both sexes produce both hormones. Testosterone exposure during fetal development is what determines whether sex organs that are traditionally labeled as male or female develop, but biological sex is much more of a spectrum than we realize.

All of this is to say that having slightly elevated estrogen levels isn’t necessarily a cause for concern regardless of your sex or gender—hormone levels change over the course of your lifetime. It’s also to say that you should feel free to eat soy whenever you want. Listen to this week’s episode of Weirdest Thing to learn more!

FACT: 1.618… is the sexiest number in plastic surgery

Ever meet a number so practical and perfect, you just want to marry it? That’s what some plastic surgeons are banking on when they sculpt their clients using a universal proportion known as the Golden Ratio.

First described by Greek mathematicians, this irrational figure (also called Phi) has been found in hurricane spirals, peregrine falcon dives, and nautilus shells. But when it comes to using it as a metric of human greatness, that’s when the topic gets sticky.

Some doctors say the Golden Ratio is the “formula for beauty”: the more proportional our parts are to 1.618…, the more attractive we are to other people. One 2019 study by neurologists at Johns Hopkins University went so far as to link the number with “increased species sophistication.” That might carry more weight than the crude celebrity rankings that Golden Ratio stans release each year—but according to Randolph-Macon College mathematician Eve Torrence, the argument is completely superficial.

“While it’s a fascinating number that pops up in deep, significant ways, we don’t have any evidence that it makes things more beautiful,” she says. “If you’re trying to sell people plastic surgery and you say, ‘I’ve got this mathematical formula,’ that’s just a gimmick.” Sorry, Robert Pattinson.

Today I want to talk about why potatoes were considered poisonous in France until 1772—even though people ate them all over the world by then—and about the man who fought to redeem their reputation.

Like many new-world plants, potatoes spread around the world due to European colonization around the 16th century. At first, colonizers seem to have seen the potato as a food fit only for the indigenous people they were subjugating (and perhaps for animals back home). But in a few parts of Europe, peasants adopted the crop for themselves during times when wheat was scarce. King Frederick the Great of Prussia saw potatoes as a great way to protect his country from famine, so he actually mandated their cultivation in 1756 with the “Kartoffelbefehl,” or potato order, which is why some people call him the Kartoffelkönig, or potato king.

But the potato king is not the focus of my potato praise on this week’s episode. Tune in to hear all about the outrageous and controversial pro-spud exploits of one Antoine-Agustin Parmentier, a Frenchman who championed the starch as a nutritious snack worthy of a spot on even the most royal tables.