FYI: Does The Komodo Dragon Really Kill With A Bacteria-Filled Bite? 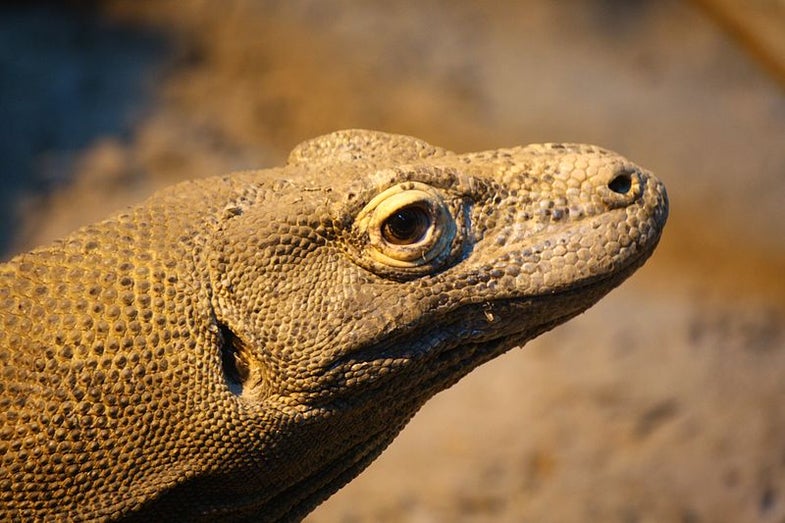 Based on a single observational study from the 1970s, published in 1981 by biologist Walter Auffenberg, we’ve long assumed that Komodo dragons cause fatal infections in their prey by gifting prey with scary bacteria that lives in the mouths of the dragons. It’s not venomous, we were told: it’s something scarier, a filthy, writhing bite that causes festering wounds.

A study in 2009 showed that this isn’t the case. Bryan Fry, from the University of Queensland, embarked on a mission to discover exactly which microbes could cause such damage. He found opposition from zoos unwilling to challenge the perception of the Komodo dragon as a bacteria-infested hellbeast, but finally succeeding in swabbing the mouths of several captive dragons.

His study found that there is lots of bacteria in a Komodo dragon’s mouth–but, to be fair, that’s true of our own mouths as well. And he found no microbes that surprised him; all the bacteria is consistent with other lizards from Indonesia and none of it would cause the kind of rapid tissue degeneration and blood loss that Komodo dragon bite victims show.

Even more damning, the level of bacteria in a Komodo dragon’s mouth proved to be even lower than many mammalian mouths, especially those of carnivores. The dragon’s mouth, he found, was kind of…clean.

So what’s the deal? How is this possible?

Turns out the Komodo dragon is venomous. In Fry’s study, MRI scans of dragon skulls showed two small venom glands in the lower jaw, and analysis of one captive specimen showed that they’re not just for show. (This hadn’t been studied before due to the difficulty of obtaining dragon bodies for study.) The Komodo dragon venom consists of a few kinds of toxic proteins, and causes exactly the effect we’ve seen from dragon bites: rapid blood loss, inhibition of clotting, paralysis, and extreme pain. It’s a combination of mostly familiar toxins, seen in other monitor lizards (the dragon is the largest species of monitor lizard) and some other reptiles.

Not sure this makes a Komodo dragon any less scary, but it does help to clear up why the dragon’s bites are so feared.