You have a lot more in common with Fido than you think. 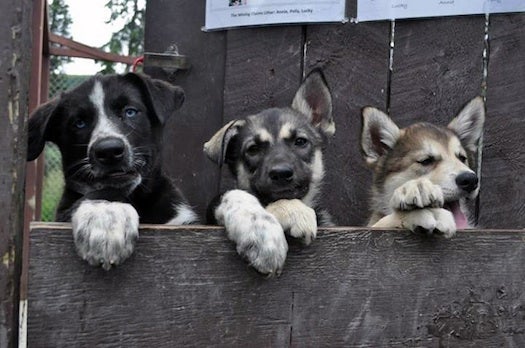 You know you share genes with your biological parents and kids, but what about microbes? A new study finds that families share skin, tongue and gut microbes with each other… and their dogs.

The study shows how the people and pets you live with affect the microscopic bacteria, fungi and other creatures living all over your body.

Researchers from universities across the U.S. studied 17 families with heterosexual parents and children ranging from infants to 18-year-olds; 17 families with one or more dogs, but no children; 18 families with kids and dogs; and 18 couples with no children or dogs. Volunteers sent in Q-tip-like swabs that they had rubbed on their foreheads, the palms of their hands, the tops of their tongues and a smudge of their feces (really). Study volunteers also sent in swabs of their dogs’ paws, fur and tongues.

The researchers ran genetic analyses on the samples, looking for the genetic material of microbes. They found that family members had more similar microbes on all parts of their bodies than people from different families. Family members’ skin microbes were the most alike, demonstrating that people share microbes on the surfaces they touch, and from touching each other. The adults in the family shared the most microbes.

Parents also shared many microbes with their children, but only if the kids were older than three. Younger kids may have vastly different microbes than their older family members because they’re still developing, the researchers wrote in a paper they published April 16 in the journal eLIFE.

As for Rover, he seems to have a some interesting effects on his humans’ microbes. As with other family members, adults share more microbes with their own dogs than they do with other people’s dogs.

But the researchers also found that simply owning a dog seems to have an effect on overall microbe-sharing. Cohabiting couples shared more microbes with one another if they had a dog, compared with couples that didn’t have dogs. Dog owners also had more species in common with other dog owners than they did with puppy-less people.

Want to know about the little critters that live on Fido? Dogs have more diverse microbes living on their bodies than humans do, including groups of microbes normally associated with humans, plus microbes that live in soil and water. One of the major groups of bacteria that dog owners and their pets share is Betaproteobacteria, which appear on human skin and on dog tongues.