Solar Panels Now Make More Electricity Than They Use

And by 2020, the solar industry will have completely "paid back" the energy it took to produce the world's panels. 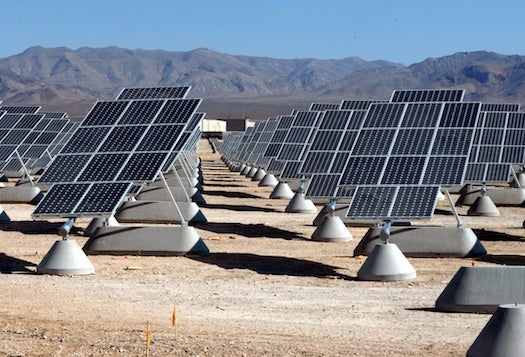 Solar panels make energy, but they take energy to make, too. And, until about 2010 or so, the solar panel industry used more electricity than it produced, according to a new analysis. Now, the industry is set to “pay back” the energy it used by 2020.

The study looked at what went into building and installing solar panels all over the world, including everything from home installations to solar farms, says Michael Dale, a climate and energy researcher at Stanford University, in a Stanford-produced video. He and a senior scientist, Sally Benson, thought that because the solar panel industry was growing so quickly, it might actually be using more electricity than it produced. Instead, they found an industry at a crux.

“I think that this paper shows that actually the industry is making positive strides and it’s even in spite of its fantastically fast growth rates, it’s still producing, or it’s just about to start producing, a net energy benefit to society,” Dale said.

Most solar panels manufacturers now consume lots of electricity, usually pulled from coal or other fossil fuel-burning plants. Stanford News pointed to the example of melting silica rock to obtain the silicon used in most panels. The melting requires electricity to fire ovens to a temperature of about 3,000 degrees Fahrenheit.

Solar panels’ energy balance is now tipping, however, because newer technologies reduce that electricity consumption. For example, some newer panels require less silicon, or waste less material in the manufacturing process. Researchers are also looking to replace silicon with more affordable elements, such as copper, zinc, tin and carbon.

Dale and Benson published their full analysis in the journal Environmental Science & Technology.

[Stanford News via the Verge]