But it's not going to be easy for many species 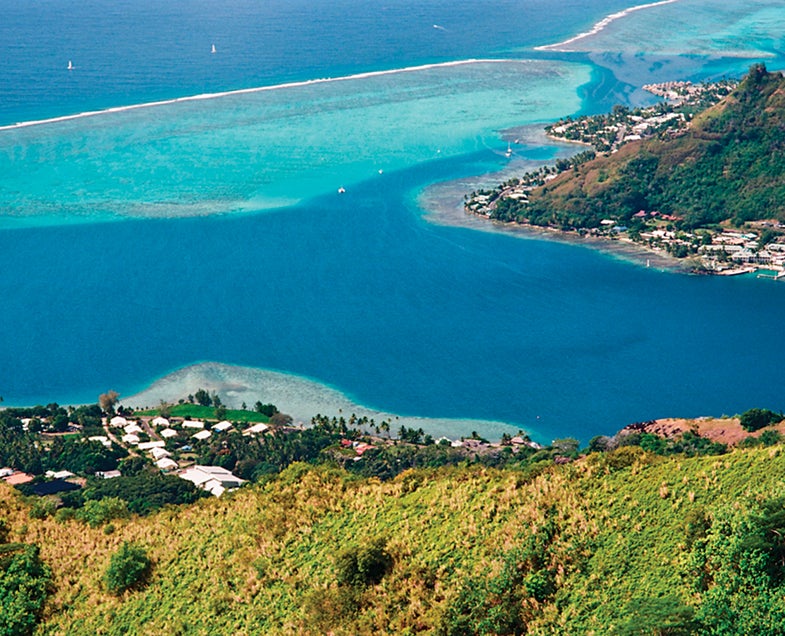 The coral reefs of Moorea, French Polynesia, are returning, after a starfish attack and a cyclone. Chad Ehlers/Getty Images
SHARE 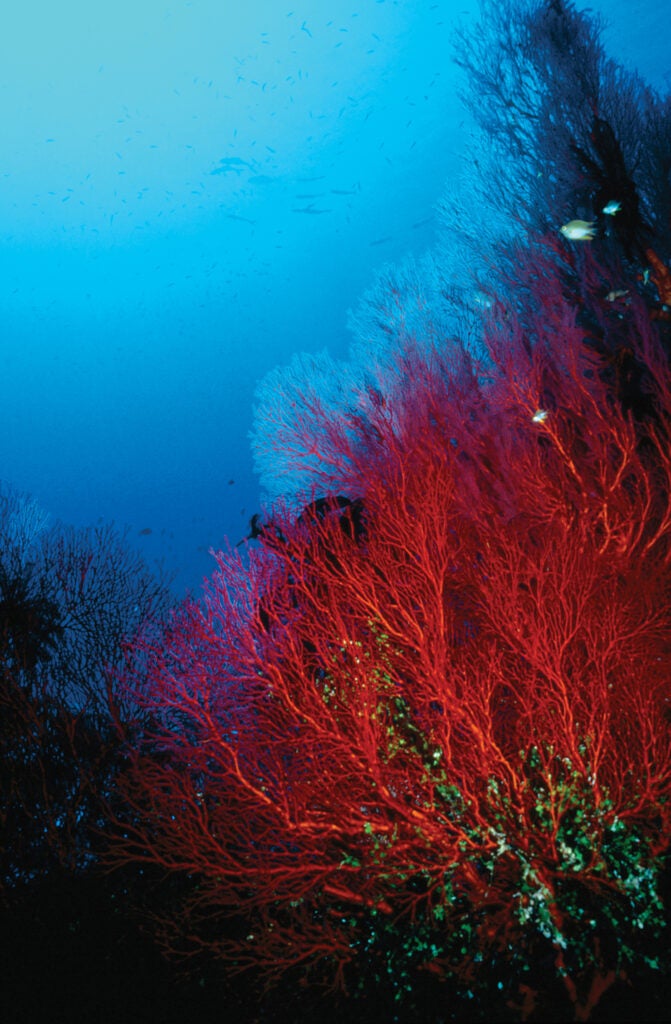 A gorgonian fan (Subergorgia suberosa) in the Great Barrier Reef.

The world is clobbering coral reefs, home to 25 percent of all marine species. Agricultural runoff pollutes the water around them; coastal developments tear them up; overfishing kills their inhabitants; and carbon dioxide emissions make the oceans too hot and acidic. In a provocative op-ed for the New York Times last year, Roger Bradbury, an ecologist at Australian National University, declared that reefs are “zombie ecosystems . . . on a trajectory to collapse within a human generation.” The slightly more hopeful consensus statement from last summer’s International Coral Reef Symposium (ICRS), attended by 2,000 scientists, noted that while 25 to 30 percent of the world’s reefs were already “severely degraded,” they could still be saved through “global action to reduce the emissions of carbon dioxide and other greenhouse gases, and via improved local protection.”

There’s an emerging third scenario, though, one positioned between those of the doomsayers and the relative optimists, and it’s the most controversial and least publicly discussed. It forecasts a world in which governments create marine sanctuaries but don’t manage to dramatically reduce carbon emissions. Scientists in this camp hypothesize that reefs of the future won’t be the same as those of today—they’ll become fewer, with fewer species—but they might just adapt and survive.

Reefs aren’t all dying off at the same rate. A small minority are doing a little better and appear especially resilient through some combination of genetics, favorable water conditions, natural defenses, and conservation strategies. 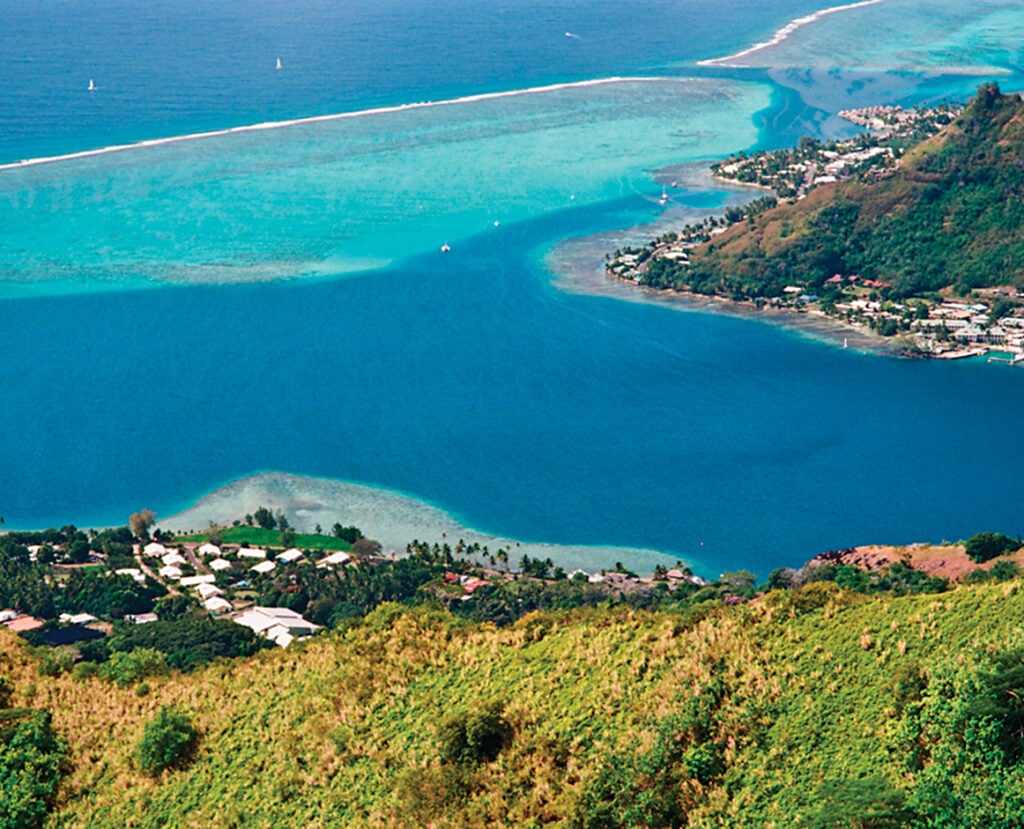 The coral reefs of Moorea, French Polynesia, are returning, after a starfish attack and a cyclone.

Consider the reefs of Kaneohe Bay, Oahu. Because of unusual water circulation, the bay is more acidic and a few degrees warmer than the regional norm. This is a climate-change–like scenario that most Hawaiian coral won’t confront until midway through the 21st century or later—and yet, as the Hawaii Institute of Marine Biology’s Christopher Jury reported at the ICRS conference, “growth is strong and reef development robust.” Over the past few years, Jury has come to believe that coral may in fact be able to adapt, at least somewhat, to future increases in temperature and acidity. But barring any action to reduce carbon emissions, he says, “things still look very, very bad for coral reefs.”

Another positive story comes from the Line Islands in the central Pacific Ocean. The reefs there that aren’t exposed to local human impact (such as runoff and overfishing) are, as you would expect, in excellent shape compared with others nearby. What’s more surprising: The protected coral seem better equipped to survive global warming and an acidifying ocean, the same way that a previously healthy person has a better chance of fighting off a serious infection than someone who’s already sickly. All told, scientists have measured up to 80 percent live coral cover in the protected reefs, versus about 20 percent in others.

Coral may be able to adapt, at least somewhat, to future increases in temperature and acidity.The battered coral of Moorea, French Polynesia, meanwhile, also demonstrate how protected reefs are better equipped to withstand big threats. The outer reefs were almost completely destroyed after an assault by ravenous starfish in 2008 and by a violent 2010 cyclone. (Cyclones appear to be increasing in size as the climate changes.) But some healthy reefs closest to shore now serve as nurseries for young fish (that are protected by local regulations from overfishing), which grow up and move to the outer reef. There, they gobble up algae that would otherwise block new coral from growing, says Andrew Brooks, a scientist at the Moorea Coral Reef Long-Term Ecological Research site.

Some coral may even be able to fight back on their own. Onshore on Moorea, professors Bob Carpenter and Peter Edmunds of California State University, Northridge, pump large tanks containing living coral with various levels of acidity-boosting carbon dioxide. One might expect that in the harshest conditions, the coral would not only stop growing but that their calcium carbonate skeletons would begin to dissolve. Instead, the scientists observed in 2011 that although coral growth slowed as acidity increased, it never stopped entirely, even in their worst-case scenario. The coral even appeared to be bulking up their tissue. And the researchers learned that not all species are created equal. Pocillopora damicornis, a variety of branching coral that is common throughout the South Pacific, barely slowed its growth at all.

These various snippets of good news about reefs are the exception, not the rule, but some scientists say the resilient coral offer the most constructive insights for the future. By examining the survival secrets of the winners, we can put conservation money where it will have its biggest impact.