How A Warmer Climate Will Change Our Future Forests

Insects are ravaging North American forests like never before, and NASA satellites are watching the landscape change. 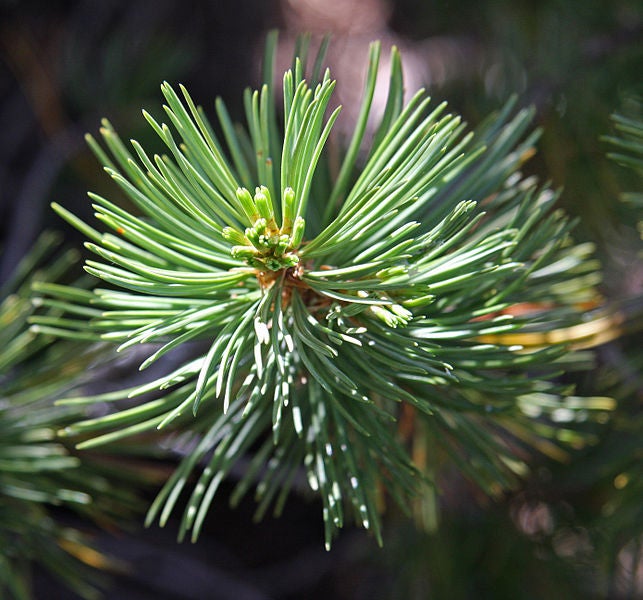 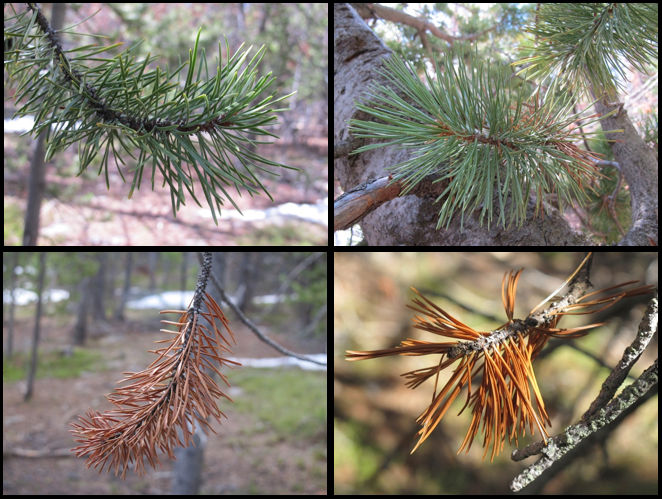 Before and After Mountain Pine Beetle Attack

For the past decade, mountain slopes throughout North America have gradually been turning a rusty red, as pine trees succumb by the millions to insect attackers made stronger by climate change. Eventually the forest turns a dry, skeletal gray, leaving nothing but vast stockpiles of fuel for wildfire. Today, new satellite data and new ground observations are helping biologists and land-use officials see this trend in new ways. And they’re finding that the insects are winning, changing entire forests for the trees.

The main attacker in question is the mountain pine beetle, a shiny black insect no longer than one-third of an inch. Its diminutive size belies its power to fell entire forests. In late summer, adult beetles fly from the yellow- to red-needled trees they grew up eating, and seek out large-diameter (meaning older) live trees in which to lay their eggs. The beetles tunnel under the bark, often sending chemical signals that attract more beetles. Each pair lays about 60 to 75 eggs, most of which will hatch. When they do, the larvae burrow deeper into the tree to hide for the winter, producing an alcohol that serves as an antifreeze. The larvae feed in the spring and pupate in the early summer, exiting the trees in late July to start the cycle again. They usually have a one-year life cycle, but warmer seasons have stretched it to two in some places, biologists say.

Normally, cold winters kill off large numbers of beetles, explained Phil Townsend, professor of forest ecology at the University of Wisconsin-Madison and an author of a new study examining tree response to the beetles’ changing appetites.

“There are no longer the cold nighttime temperatures, of 40 below and lower, that you need to get in the winter to kill off large numbers of overwintering bark beetles,” he said. “The consequence of that is over time, if you have a little bit more survivorship each winter, your population increases.”

That means the beetles may need to look elsewhere for a meal–and they’re starting to invade new species, Townsend said. Entire forests are changing in a matter of a few years.

Four decades of Landsat observations are shedding more light on this phenomenon. A new computer program that can sift through and visualize enormous amounts of satellite data turned up some surprising disturbances in the country’s forests, according to NASA. Starting in the 1980s, tree health declined throughout the Pacific Northwest, and new analysis shows insects were to blame.

In the video below, you’ll see shifting color signals reflecting changing tree cover and plant health. Near the Three Sisters volcanoes, mountain pine beetles ravaged lodgepole pine trees in the 1990s and early 2000s. Near Mount Hood and Mount Rainier, forest cover changes in response to the western spruce budworm, which feeds on conifer needles before pupating into moths in late summer.

Originally, remote sensing specialist Robert Kennedy of Boston University set out to study fire and clear-cutting, which you can also see in the video. He did not expect to also notice the more subtle, yet more widespread, changes that result from insect outbreaks. It works because each Landsat image, which covers an area 115 miles by 112 miles, provides data for wavelengths of light that are reflected or emitted by forests. You can see the forest come under attack, and then you can see it recover–slowly.

On the ground, the story is not much better. Townsend, whose job involves trudging through snow and remote woodland in the northern Rockies and Cascades, said different trees are differently equipped to deal with these attackers. Their favorite target is the lodgepole pine, which has evolved to emit certain pheromones to ward off the beetles, and to spit out the beetles by thickening their phloem (the innermost layer of bark) where the insects have burrowed inside. The beetles have evolved, too, and now use some of the trees’ distress chemicals to synthesize pheromones that attract still more beetles. 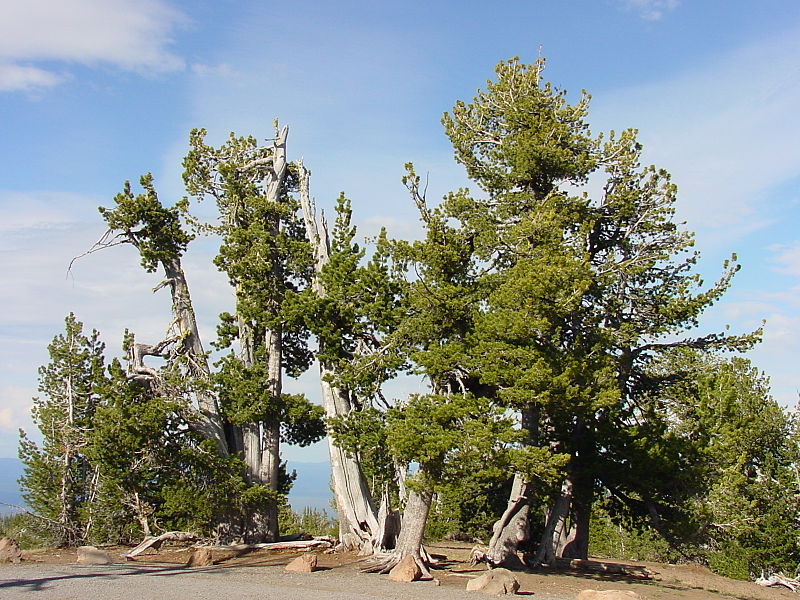 Other trees are even less fortunate. Along with better survival odds, warmer winters mean a newly expanded range for the insects, which are starting to feast on whitebark pines. Townsend and colleagues at UW published a paper on New Year’s Eve demonstrating that these trees–the highest-elevation tree species on Earth–have no resistance. For now, the beetles still prefer lodgepoles, Townsend found, but eventually they will move in to stands containing all whitebark pines, and find zero barriers to entry.

“Once it goes into higher elevations where it is all whitebark pine, they are gone. They’re toast,” he said.

Why does all this matter? For one, whitebark pines evolved in inhospitable terrain, with freezing temperatures and a thin atmosphere, meaning they grow slowly. The trees grow for 80 years before they can reproduce–lodgepoles take less than half that time–and they can live 1,000 years. As generations of trees succumb to invading insects, faster-growing species will take their place. “Whitebark fir will not be the type of dominant species it was in the past,” Townsend said.

Whitebark pines are in important food source for many bird species, and they serve as sort of natural snow fences, helping snow melt more slowly to trickle into mountain streams and eventual rivers. Without them, winter snows will melt faster.

In the case of the spruce budworm, trees may not necessarily die from the loss of their new growth in one season–but continued visits by the worms will eventually take them. Eventually, the budworms run out of food and move on, and the forest can start to recover. The only thing that will break the cycle, and maintain current forest species as they evolved, is to get rid of so many insects.

“The management solution is to have cold winters,” Townsend said simply. “We might, by chance, get some double-cold winters in a row, which would help out. But that is sort of on its way out.”

The end result? Forests of the future will contain different trees, with new species carving out new ecological niches. And it will be a direct result of a warming world. 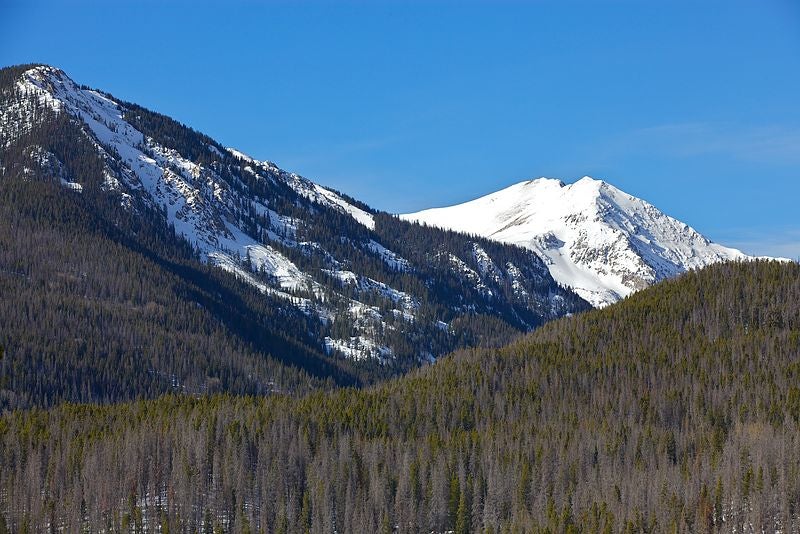