An Irish company is using four American diamondback rattlesnakes in a new clinical trial that will test snake venom as... 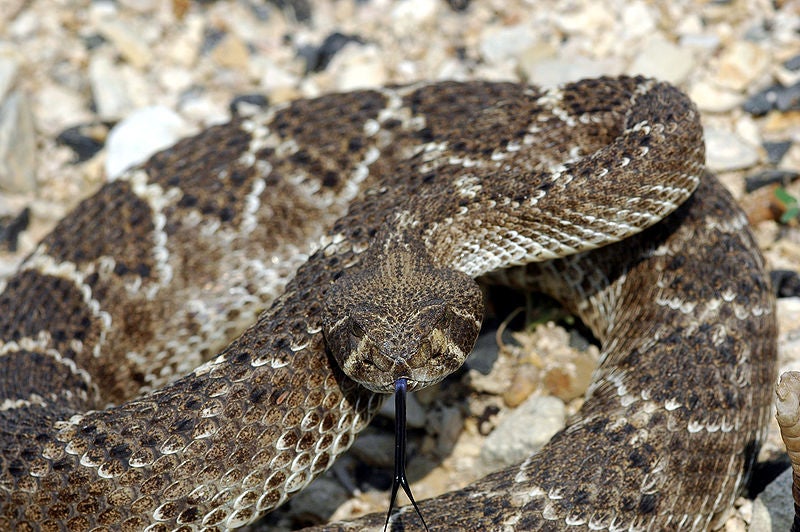 An Irish company is using four American diamondback rattlesnakes in a new clinical trial that will test snake venom as a treatment for cancer. The snakes, which hail from the Albuquerque BioPark, will be allowed to bite something and have their venom extracted humanely. The venom contains proteins that will be extracted and refined to target and kill cancer cells.

Snake venom has long shown promise as a treatment for cancer, in a wide range of animal trials dating back several years. Celtic Biotech isolated a protein in a type of rattlesnake venom that causes malignant cancer cells to commit cell suicide. The company developed a venom-derived drug called CB24 and started testing it on humans at the end of October, working with patients at the George Pompidou University Hospital in Paris. The trial is expected to last a year, and is designed to prove CB24’s safety and therapeutic value, according to Celtic Biotech.

The company has already tested it in mice and in human cell lines with great success. Other institutions in the U.S. have independently verified CB24’s anti-cancer properties, the company says.

The four Albuquerque diamondbacks were sent to the Kentucky Reptile Zoo last week, according to the BioPark. There, specially trained reptile curators will extract the snakes’ venom and ship it to Paris.

Snake venom is potent not only as a paralytic agent and neurotoxin but also as a cancer treatment, Celtic Biotech says — a little goes a long way. The protein is derived from crotoxin, which apparently has some targeting abilities as well as toxicity. This makes it particularly attractive as a cancer therapy, because it does not harm healthy tissues when it is administered properly. This could make it a useful alternative to other chemotherapies.

Celtic Biotech has been researching snake venom since 2003 and holds several patents, according to the Irish Times.

We were thinking this should have occurred to the Irish before St. Patrick kicked out all the snakes.