A team at the University of Texas has created a fat-burning drug that doesn’t so much burn fat as it... 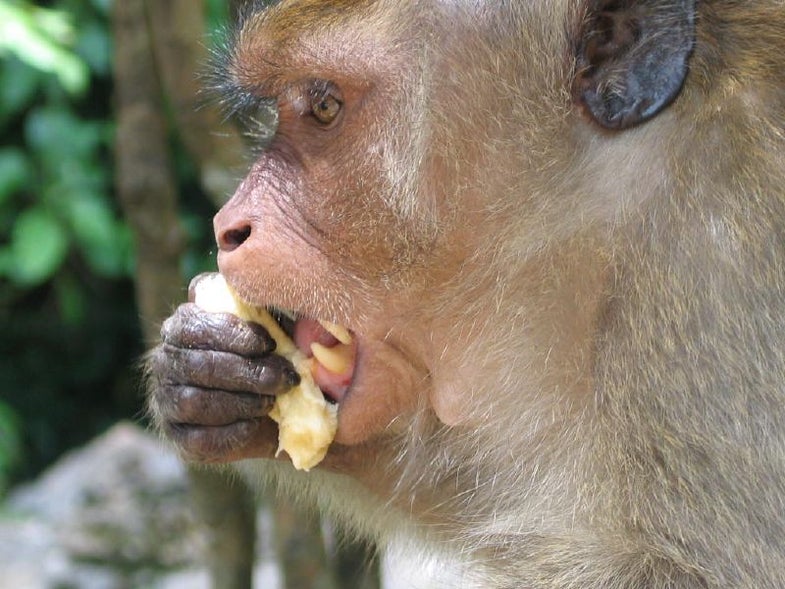 A team at the University of Texas has created a fat-burning drug that doesn’t so much burn fat as it seeks and destroys it. Instead of suppressing appetite or increasing metabolism, this drug systematically destroys the blood supply to fat tissue–and in a recent study, obese rhesus monkeys lost 11 percent of their body weight when treated with the drug.

The drug works in a totally different way than other drugs, which seek to replace or supplant the ways humans eat and behave by altering appetite or energy level. This one works on the inside, and it’s actually kind of terrifying in detail. It has a homing agent that seeks blood supply to fatty tissue, zooms right over to it and attaches itself. Then it delivers a peptide which kills the blood cells, at which point the fat cells are simply absorbed.

The team tested the drug first on mice, and now on “spontaneously obese” rhesus monkeys. “Spontaneously obese” in this case means the monkeys in question became obese in the old-fashioned way: binge-eating and a lack of exercise. It’s a naturally occurring behavior in this species, and it’s convenient for testing. Compared with the control group, which saw no change, the rhesus monkeys treated with the drug saw reductions in body weight, body mass index, and even waistline measurements (scientific term: abdominal circumference). It’s a big deal that the drug worked on primates as well–many weight-loss drugs fail in the move from rodent testing to primate testing.

The drug, luckily, did not seem to adversely affect lean monkeys, nor did it have any perceptible change on mood in the treated obese monkeys. Obese monkeys: yet another valuable tool.