Video: Phone App For Distracted Pedestrians Detects When You’re About to Get Hit By a Car

Texting while driving can be deadly. Talking while walking? Also deadly. Or at least threatening enough that researchers at Dartmouth... 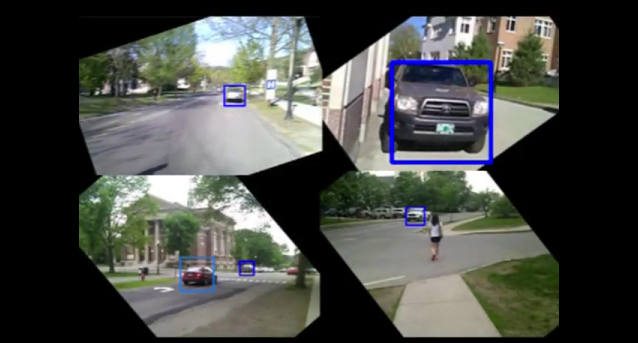 Texting while driving can be deadly. Talking while walking? Also deadly. Or at least threatening enough that researchers at Dartmouth and the University of Bologna thought it necessary to develop a smartphone app that makes it safer. Their Android app uses machine learning and image recognition that takes place right on your phone to alert you when you’re chatting your way right into an oncoming smash-up.

The app uses the outward facing camera on a smartphone to help a pedestrian look both ways (or at least one way). Using vision algorithms built into the app, the system determines which way cars on the roadway are facing and whether or not they are moving, taking into account the tilt of the phone and varying light conditions to establish an accurate picture of the roadway. It then figures out if any approaching vehicle is a threat to the user.

WalkSafe, as the app is known, can detect cars moving 30 miles per hour at more than 160 feet, notifying the unwary user via auditory and vibrating alerts that in addition to whatever bad news his/her mom/girlfriend/boyfriend/lawyer is dishing out via the phone line, he or she is also about to be struck down mid-stride.

Unless the car is coming from the other direction. In which case, there’s no real substitute for looking both ways.