Next-generation cancer therapies are notoriously expensive. But maybe not for long. 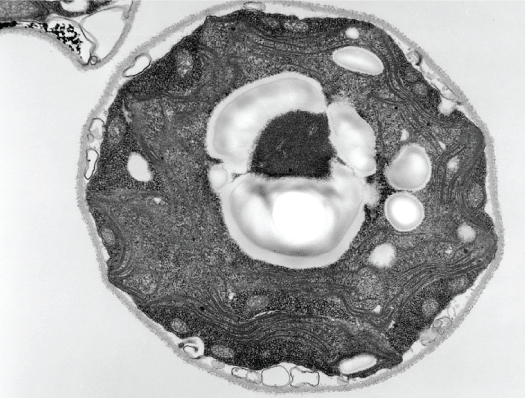 If traditional cancer therapies like chemotherapy are the WMDs of medicine–powerful, indiscriminate killers–targeted drug therapies are the assassins, trained to seek out and destroy enemy cancer cells, one at a time.

Scientists recognize the clear advantage of the assassin approach, of course, and have successfully engineered several targeted cancer-killing drugs over the past few decades.

The problem is, assassins ain’t cheap. A single course of targeted drug therapy can cost upwards of $100,000. That’s largely because the drugs take a lot of effort to create–scientists have to first grow human antibodies capable of recognizing enemy cells, and then equip those cells with a weapon by attaching them to toxic molecules. The process is, apparently, as hard and time-consuming as it sounds.

But recently, a group of scientists at University of California, San Diego engineered algae to produce a human antibody with a built-in toxic weapon–a ready-made molecular cancer assassin. The researchers produced the new therapy by embedding the genetic code of the toxin P. aeruginosa into a human antibody gene, which they then spliced into the algae’s DNA.

In their research paper, the scientists note that this feat has been attempted before, using bacteria instead of algae, but the bacteria weren’t capable of folding the complex antibody into the right shape, so the method required a researcher to follow along behind and refold the proteins. The new therapy could not be produced by mammal cells, either, the researchers write, because the presence of the toxin would prohibit the engineered cells from reproducing.

If the new treatment is able to stand up to the battery of medical trials required by law, the targeted, assassin-style fight against cancer may soon get a lot more affordable.