The Army’s Latest Innnovation: A Sandwich That Stays Fresh for Two Years

The military’s M.R.E.–the Meal Ready to Eat, or those air-sealed packages full of gummy pastes and freeze-dried dreck that soldiers... 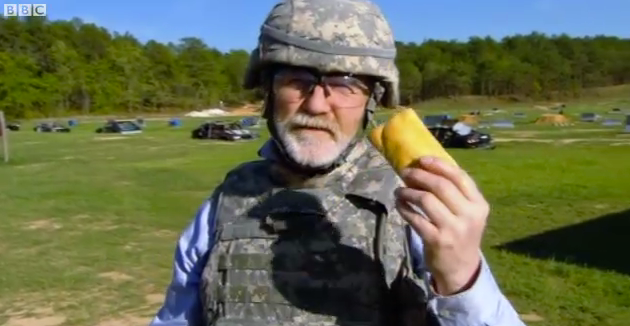 The military’s M.R.E.–the Meal Ready to Eat, or those air-sealed packages full of gummy pastes and freeze-dried dreck that soldiers carry into the field–is getting a much-needed upgrade. But it’s not in the form of better tasting dehydrated foods or better freeze-drying technology. Rather, the U.S. Army has developed the world’s most cutting edge sandwich, the BBC reports, one that can be served fresh after sitting on the shelf for a full two years.

When food breaks down–when it rots–it does so as a result of various chemical and biological processes. Some of these are inherent in the ingredients themselves, others are caused by bacteria. But almost universally, these processes require water and/or oxygen to transpire. So the Army didn’t need to reinvent the sandwich or its ingredients to create its long-duration lunch items. But they did need to figure out how to make a sandwich that eliminates water and oxygen from the equation.

To do this, food scientists started with ingredients like sugar (in jams or jellies for instance), salt, or honey that contain moisture but also retain it, keeping it out of contact with other ingredients. Think about a fresh tomato; on a sandwich, it will quickly cause the bread to become soggy as water from the tomato soaks into the bread. But jelly or honey on toast, though moist, doesn’t impart its moisture to the bread. Using ingredients that lock their moisture inside was key to the process.

Perhaps more difficult is keeping oxygen away from the sandwich. To do so, each one is packed in an air-sealed package with an oxygen scavenger–a small packet of iron filings that pulls oxygen from the ambient air and locks it up in a layer of rust. This keeps oxygen away from things like bread, where it could feed a reaction resulting in mold and decay.

Devoid of oxygen and water, a sandwich can last a long time–two years in this case. And, if the BBC video report is to be believed, the grunts seem to like the two-year sandwich. Check out the whole report on BBC.