The test could be approved for sale later this year 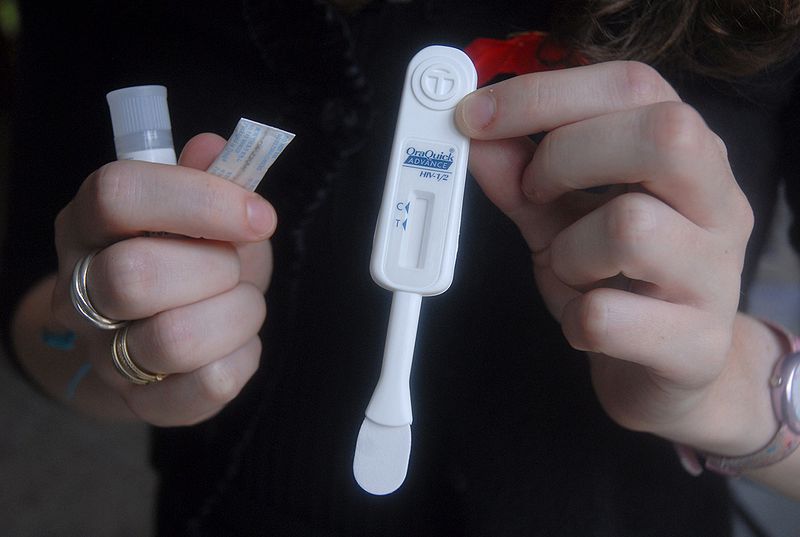 Already available for use inside doctor's offices, Pennsylvania-based Orasure's quick HIV test could soon be available to consumers for rapid testing in the home.
SHARE

It’s no cure, but it could mark a significant victory in the fight against HIV. A 17-member advisory panel for the Food and Drug Administration has endorsed an over-the-counter HIV test that would allow consumers to test themselves for the AIDS-causing virus in the privacy of their own homes in just 20 minutes. While the test is not perfect, the advisory panel has deemed that the benefits of regular in-home testing outweigh potential risks, and have recommended the FDA approve the test for over-the-counter sales.

Made by Bethlehem, Penn.,-based Orasure, the test uses an oral swab to return an HIV diagnosis in a matter of minutes. It is already available for use in clinical settings, and while it’s not quite as accurate as actual lab diagnostics it could help curb the spread of HIV by allowing for discrete, more regular testing. HIV and AIDS are largely spread via sexual contact from one partner to the other by those who do not realize they are infected with the virus.

If the advisory panel is right, the impact could be significant. Estimates indicate that roughly 240,000 people among the 1.2 million HIV carriers in the U.S. are unaware they are infected. That’s a full one-fifth. Education and other means of prevention have held the rate of new infections more or less steady at about 50,000 per year over the past 20 years in the U.S. The test has shown to be accurate in positively identifying HIV in trials 93 percent of the time. That means if everyone was testing regularly, Orasure’s test would still miss roughly 3,800 cases. But it would correctly diagnose 45,000 infected individuals. The FDA estimates that overall, the test could prevent 4,000 new cases each year.

Other at-home HIV tests can be purchased over the counter, but they still rely on consumers to take a blood sample and send it in to a lab for testing. Making HIV testing easy will encourage it as a regular practice, authorities hope, while also adding a layer of discretion and privacy around a sensitive topic. A survey showed that 84 percent of gay and bisexual men would test themselves more regularly if they could do so in their own home with an over-the-counter test (men who engage in sexual contact with other men are generally considered at higher risk for acquiring HIV).

The endorsement by the panel, however, does not spell approval for Orasure’s at-home 20-minute test. It still has to pass top-level FDA approval, a process that will take the panels findings into account. A final decision is expected later this year. The clinical version of the test reportedly retails to doctors for $17.50, but there’s no word on what consumer pricing might be.