Fragment of Human DNA Found in Genome of Gonorrhea Bacteria 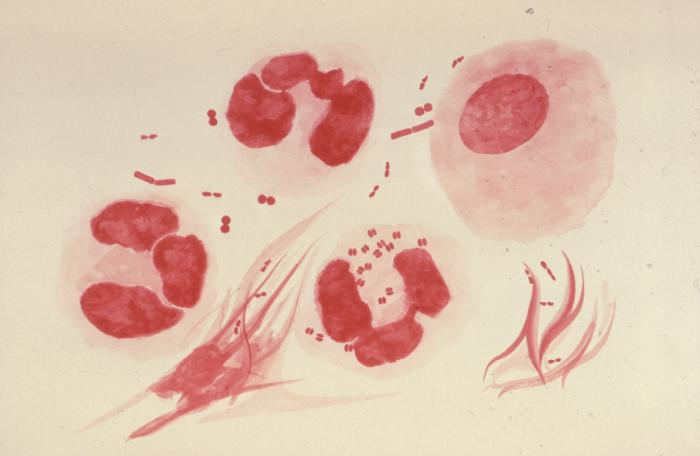 For the first time, scientists have discovered evidence of a human DNA fragment in the genome of bacteria, shedding light on why this particular bug is so adept at surviving in human hosts. The bacteria in question is Neisseria gonorrhoeae, which causes gonorrhea.

Gonorrhea is one of very few diseases exclusive to our species, and is one of the oldest recorded diseases in human history. An ancient disease that resembles gonorrhea’s symptoms is even described in the Bible, according to Hank Seifert, senior author of a paper on the gene transfer.

The bacterium apparently picks up a genetic sequence from the host it is infecting, a novel ability that could help the bacteria adapt to its host, according to Seifert, a microbiology and immunology professor at Northwestern University Feinberg School of Medicine. This ability may enable it to develop different strains of itself, he said. The paper is published today in the online journal mBio.

The human genome has plenty of ghost DNA fragments, relics of viruses that entered after some past infection. Lateral gene transfer is pretty common between bacteria and multicellular organisms, according to several studies. But this is the first time that scientists have seen a bacteria pick up the genes, rather than depositing them.

“Whether this particular event has provided an advantage for the gonorrhea bacterium, we don’t know yet,” Seifert said in a NU press release.

Scientists discovered the gene transfer while they were examining the genomic sequences of several gonorrhea strains. Three of them had a piece of DNA wherein the sequence was identical to a sequence found in humans, according to NU. Further examination suggests this evolved relatively recently.

About 700,000 Americans and 50 million people worldwide are infected with gonorrhea every year. It’s curable with an antibiotic, but it developed resistance to several drugs over the past 40 years. Studying the bacteria’s human DNA fragment could conceivably help scientists find better treatments.

“The next step is to figure out what this piece of DNA is doing,” Seifert said.