Amid all the hype over the federal health care law before the Supreme Court, you might have missed this even... 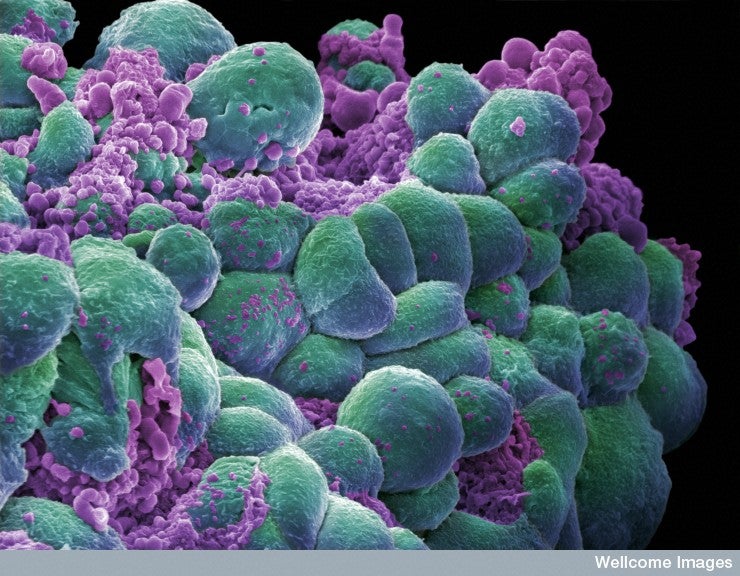 Amid all the hype over the federal health care law before the Supreme Court, you might have missed this even more relevant news: The high court rejected an appeals court ruling allowing genes to be patented. The case involves two genes linked to breast and ovarian cancer, patented by Myriad Genetics Inc.

The ruling is not a final decision, but sends the case back down to the district court for further action.

We’ve been following this case since it was filed, because it could have major bearings on personalized medicine, cancer care and the future of genomics. Cancer patients, the American Civil Liberties Union and legions of scientists have argued companies shouldn’t be able to patent the secrets of nature; elements of our genome are fundamental to our humanity, and shouldn’t be owned by private companies, they say. But pharmaceutical companies argue genetic research is expensive and difficult, and their labors should be protected from misuse by others who did not have to bear the research and development risks and costs.

Carriers of the two BCRA genes, BCRA-1 and 2, can be at a much greater risk for breast and ovarian cancer. Myriad Genetics patented the genes and holds exclusive rights over their use, including the only gene test that can identify BCRA. So if a patient wants to be tested to determine whether she has the genes, she — or her insurance company — has to pay Myriad a hefty sum. Men can carry the gene, too, which raises their risk of prostate, pancreatic and other types of cancer.

In 2010, U.S. District Judge Robert Sweet invalidated the BCRA patents, ruling that genes are discovered, not created. But a year later, the Court of Appeals for the Federal Circuit overturned Sweet’s ruling, in a split decision with three separate legal opinions. The case moved to the Supreme Court, which on Monday threw out that appellate ruling. So now the case will return to Sweet’s courtroom.

The Supreme Court said it threw out the appeals ruling in part because of a different SCOTUS ruling last week, in which it said laws of nature are unpatentable. The U.S. Patent and Trademark Office has been awarding patents on human genes for almost 30 years.

Either way, the final outcome will have major impacts on cancer research, personalized medicine and other gene-related medical fields. Stay tuned for the latest.