Neurodegenerative diseases like Parkinson’s, Alzheimer’s, or Creutzfeld-Jacobs are tough to diagnose. Outward symptoms can obviously be an indicator, but symptoms... 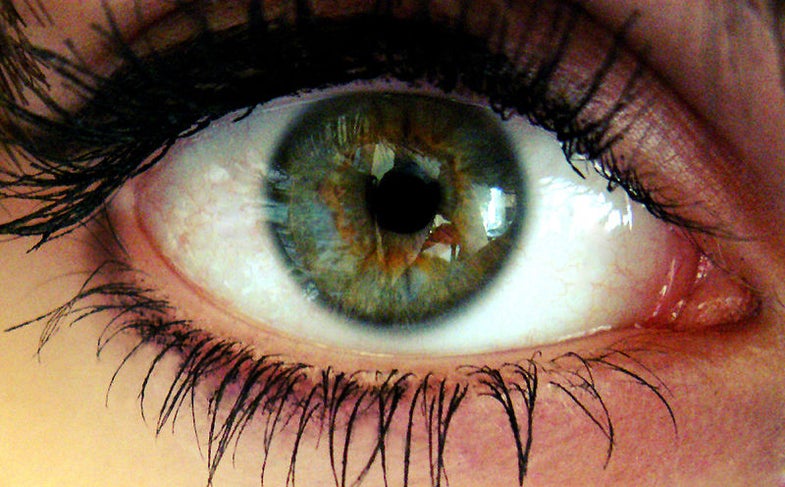 Neurodegenerative diseases like Parkinson’s, Alzheimer’s, or Creutzfeld-Jacobs are tough to diagnose. Outward symptoms can obviously be an indicator, but symptoms for many neuro-disorders overlap while protein biomarkers for each illness, called amyloids, are difficult to distinguish between. But researchers at UCSD are developing a new diagnostic tool that could soon let doctors diagnose a patient’s neuro-degenerative condition simply by gazing into his or her eyes.

Amyloids are fibrous protein aggregates with distinct structures–basically proteins that didn’t fold quite the right way. This makes them distinctive as a group but difficult to distinguish between. Many neurological disorders like those mentioned above are associated with specific amyloids. Identify the amyloid, and you can identify the disorder. That’s been difficult until now, but the UCSD team has developed a set of fluorescent markers that change colors depending on what amyloid they encounter.

Amyloids accumulate in the brain but also in the eyes–those windows to the soul that just so happen to be excellent windows into the cranium as well. Using an ointment or eyedrops loaded with these fluorescent markers, the hope here is that doctors could light up amyloids in the eye in different colors, with each color corresponding to distinctive physical properties of the amyloid and the disorder it is associated with. Rather than resorting to somewhat unreliable diagnostics for neurodegenerative disorders–diagnostics that rely on amyloid targeting radioactive molecules and PET scans–the clinician could see the color of the patient’s condition right there in his or her eyes.