Pumping a body full of celldestroying chemicals sounds like a bad idea, but that’s what chemotherapy entails. The side effects... 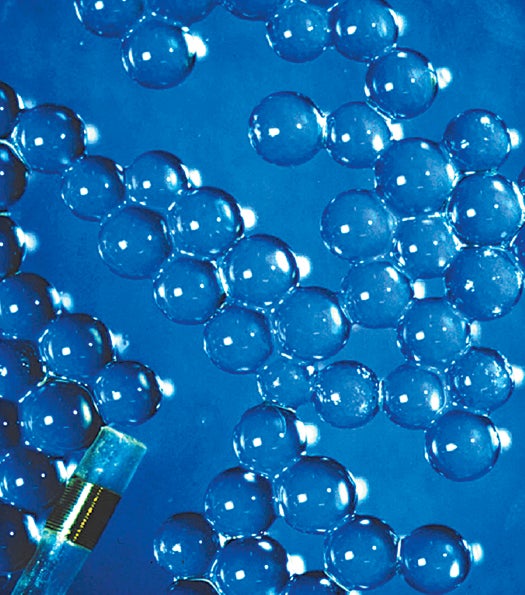 Pumping a body full of celldestroying chemicals sounds like a bad idea, but that’s what chemotherapy entails. The side effects of intravenous chemo for liver cancer, the third deadliest cancer in men, usually necessitate a four-day hospital stay with each treatment. As doctors try to target the chemicals by injecting high doses into an artery that feeds the tumor, the bloodstream inevitably carries them into the rest of the body. It’s an imprecise and painful process, but a plastic bead called a QuadraSphere could make it less so.

Made out of a sodium acrylate and vinyl alcohol polymer that soaks up drugs and slowly releases them, QuadraSpheres are injected into an artery close to the tumor. The microscopic beads block the nearby capillaries, starving the tumor and preventing the drugs from escaping elsewhere into the body.

In March, doctors began a $10-million study of 500 liver cancer patients. The results won’t be known until the study ends four years from now, but previous small studies suggest that the beads can shrink tumors with fewer side effects. QuadraSpheres allow patients to go home the same day, says David Liu, a interventional radiologist at Vancouver General Hospital. They could be approved for liver-cancer treatment by 2015.