As fantasy teams across the nation crumbled in Week 1, football’s greatest current quarterback (yeah, that’s right) sat down for... 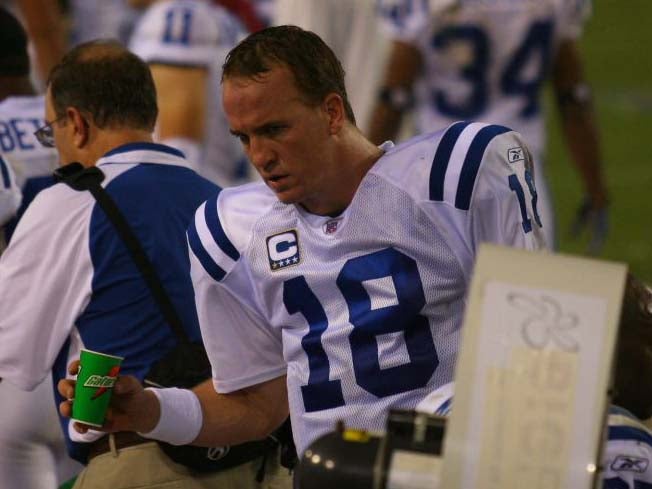 As fantasy teams across the nation crumbled in Week 1, football’s greatest current quarterback (yeah, that’s right) sat down for the first time in his NFL career, following a third procedure on his neck that may have ended his season. But before that, Peyton Manning apparently flew to Europe for an experimental stem cell treatment, according to Fox Sports.

Manning had surgery in May to correct a bulging disc in his neck, but it didn’t solve his problems. Prior to a third surgery in September, he took a private plane to an unknown hospital in an unnamed country, Fox’s Jay Glazer reported in a pregame show Sunday (clip below). The procedure is not available in the United States.

In an email, a Colts spokesman said the team’s only comment was head coach Jim Caldwell’s “no comment” during a Monday press conference. Caldwell said the team would not discuss Manning’s medical issues.

That means details are scarce, but Fox’s report said this was not a procedure involving embryonic stem cells. It’s likely Manning underwent a procedure involving induced pluripotent stem cells, or iPS cells, which can be reprogrammed to become any type of cell. Glazer said he was informed that doctors cultured some of Manning’s own fat cells and injected them into his neck, where they would ideally help regenerate damaged tissue. Researchers showed back in 2009 that fat cells could easily be turned into iPS cells, and do so much more quickly than the other common iPS cell progenitor, skin cells.

In any event, the fat-stem-cell procedure was insufficient, leading to Manning’s third neck surgery Sept. 8. The anterior fusion of two neck vertebrae was a success, but the future Hall-of-Famer will be sidelined for two to three months, likely missing the entire regular season.

Sports analysts said the stem cell procedure was evidence that Manning really wants to get back on the field this year (he’s missed, like, one snap in his career prior to last week). It could also mean that his injury was more serious than some people thought. But let us pose another theory: It’s also evidence American stem cell therapy is still lagging. Researchers at Stanford started working with fat-derived iPS cells in 2009 — so why is a marquee NFL quarterback flying overseas for this therapy?

So-called stem cell tourism is nothing new, of course; risk-takers of wealthy and/or desperate stripes have been doing it for some time. And the reasons for American reluctance regarding stem cell procedures are many and varied. But when high-profile people like Peyton Manning start leaving this country for treatment that could be done at home, it’s a good opportunity to ask bigger questions than the quarterback’s personal motivations.