More than 325,000 Americans die every year from sudden cardiac arrest, but two simple CPR devices could reduce that number... 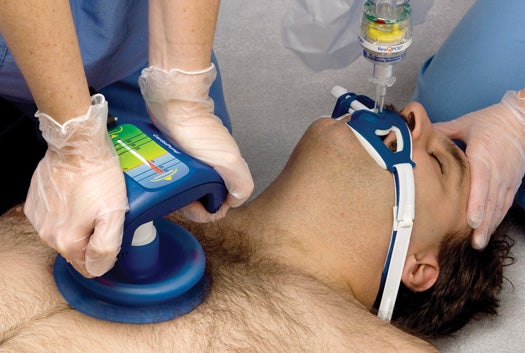 More than 325,000 Americans die every year from sudden cardiac arrest, but two simple CPR devices could reduce that number by 10,000. According to a study published in The Lancet this winter, the ResQPump, which is used for chest compressions, and the ResQPOD, which prevents too much air from entering the lungs during CPR, could increase certain cardiac-arrest victims’ chances of survival by 50 percent.

The ResQPump works like a toilet plunger, but while decompressing it can draw air back into the lungs. The ResQPOD, cleared by the FDA in 2003, regulates airflow by creating suction in the chest, which draws blood up into the brain. Both tools are made by Advanced Circulatory Systems in Minnesota. The study, led by Tom Aufderheide, a professor of emergency medicine at the Medical College of Wisconsin, had EMTs and doctors using the tools in combination in seven U.S. locations. Together the pump and “pod” increased patient survival from 6 percent to 9.