Worm Regenerates a Whole New Body From a Single Cell 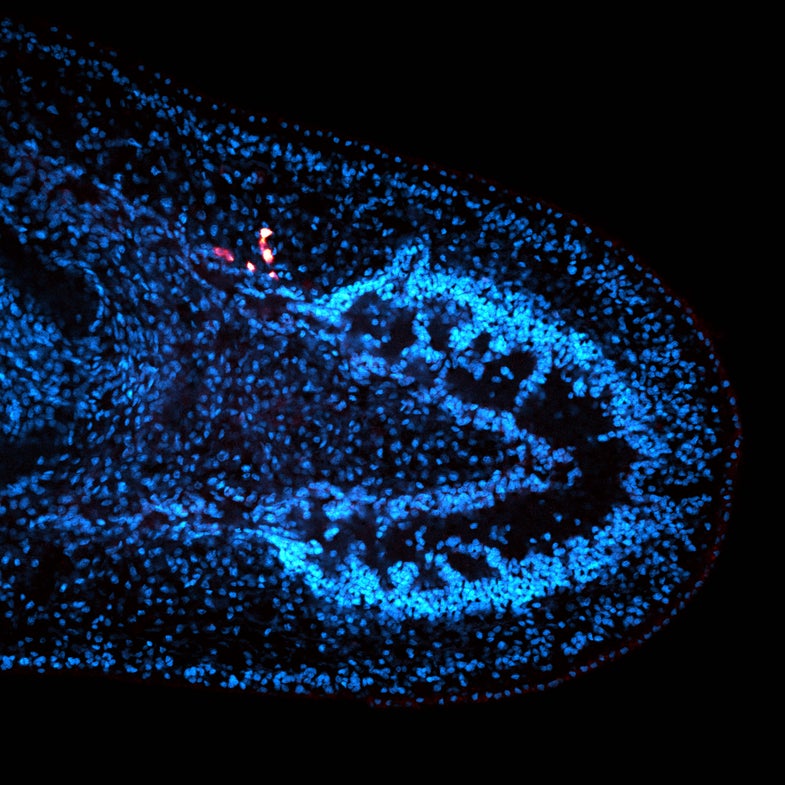 One cell is all it takes to rebuild a complete, functioning flatworm, researchers have learned. The animals possess a special type of cell throughout their bodies, which shares some qualities with human embryonic stem cells. If scientists can find out how this special cell works, they could someday study ways to use the cells for human tissue regeneration.

The findings are the first time pluripotent stem cells have been found in an adult animal, according to researchers at MIT and the Howard Hughes Medical Institute.

But flatworms, or more properly planarians, seemingly can create all their cells from a limited clump. If you cut off a chunk of it, it won’t die — you’ll soon wind up with two fully fledged, healthy planarians. Researchers wanted to know whether the animals’ regenerative properties were the work of one “all-purpose” stem cell, or groups of specific stem cells working together.

To figure this out, researchers led by Peter Reddien, Daniel Wagner and Irving Wang at MIT exposed the worms to ionizing radiation, robbing their cells of their ability to divide and regenerate. Without the ability to grow new cells, the animal would slowly die. The team killed off all the dividing cells except a rare group called cNeoblasts, and watched as those remaining cells divided to form large colonies of replacement cells.

Then they did something truly weird. Wang and Reddien harvested a single cNeoblast from one type of planarian. Then they gave a different kind of planarian, one that did not have its own neoblasts and couldn’t regenerate, a lethal dose of radiation. Its tissues started to die, from the head down toward its tail. Then they implanted the first worm’s neoblast into the tail of the second, dying worm.

They watched as the transplanted cNeoblast multiplied, differentiated and “ultimately replaced all the host’s tissues,” according to a news release from the Whitehead Institute for Biomedical Research. Descendants of the single neoblast cell differentiated into neuronal, intestinal and other adult cell types, taking over the jobs of the host’s dying cells. The newly restored worm was an exact genetic copy of the cNeoblast donor. All this from one single cell.

The results were published in today’s issue of the journal Science.

In a news release, Wagner said planarians have already solved the problem of regeneration, and scientists want to determine how it works.