Controversy Should Not Stop Us From Developing Memory-Erasing Drugs, Neuroethicist Argues

Less than three weeks from now marks the 10th anniversary of the Sept. 11 terrorist attacks, one of the most... 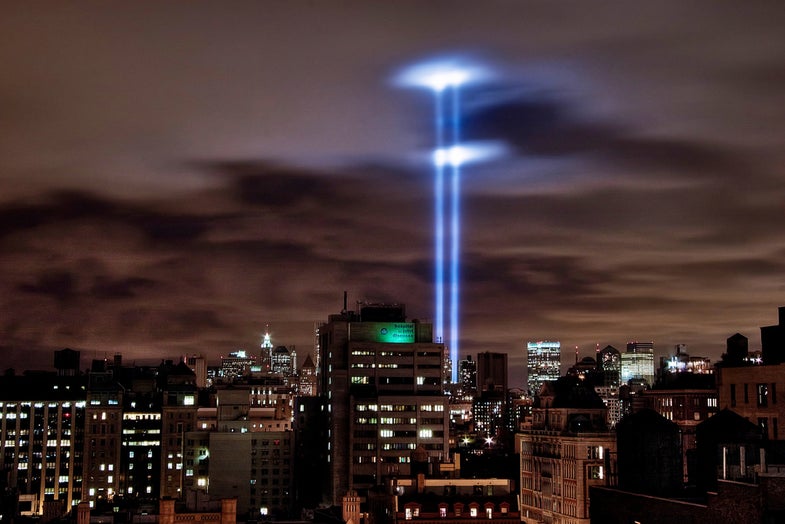 Less than three weeks from now marks the 10th anniversary of the Sept. 11 terrorist attacks, one of the most traumatic events in modern memory and the motivation behind the persistent wars in the Middle East. If you could take a pill that would make you forget that day, would you do it?

The field of memory-altering drugs has been marching forward for years, and we’ve seen several recent developments that can change our recollection of fear or trauma. In one example, rats given a brain injection had their fears extinguished; in another, researchers recently learned that a drug that suppresses stress hormones can interfere with the formation of negative memories.

These types of drugs would have several uses, like helping military personnel overcome post-traumatic stress syndrome and return home to lead healthy lives; helping crime victims rehabilitate; and treating psychological disorders that might stem from some type of childhood trauma.

But many ethicists argue these kinds of drugs should not be developed. People have memories for a reason, and changing or erasing them alters something that makes us all human. Not to mention that a tool that can erase memories could easily be abused by people doing things they’d like to forget themselves, or that they would like others to forget.

Now neuroethicist and Brooklyn Law School professor Adam Kolber argues in this week’s issue of Nature that this debate should stop. These drugs should be developed and made available as quickly as possible, he writes.

“Thoughtful regulation may some day be appropriate, but excessive hand-wringing now over the ethics of tampering with memory could stall research into preventing post-traumatic stress in millions of people. Delay could also hinder people who are already debilitated by harrowing memories from being offered the best hope yet of reclaiming their lives.”

He acknowledges concerns that changing one’s memories could change one’s identity, that giving people too much power to change their minds could “make their lives less genuine.” He also notes that soldiers may be less hesitant to kill if they knew they could erase the experience afterward. But still, he argues that memory-altering or memory-erasing treatments could do much more good than harm.

Of course, other neuroscientists disagree with his claims. The debate has mushroomed into the neuroscience blogosphere, with the British blogger Neuroskeptic noting that some people who experience bad things do it as part of a profession — rescue workers, for instance, would certainly know they might be exposed to traumatic experiences, and their choice to do so in the name of helping others is an expression of their identities. Kolber, for his part, responds on his own blog with other examples — like patients who remember their surgeries (about 20,000 to 40,000 people in the U.S., apparently).

Over at iO9, Kolber explains how these drugs could be used and how doctors and patients would decide when it’s right to use them. Click through to their post for his full responses, and click through to Nature to read Kolbert’s full commentary (login required).

Do you think memory-erasing drugs are a good idea? If you could fill a prescription for eternal sunshine pills, would you?